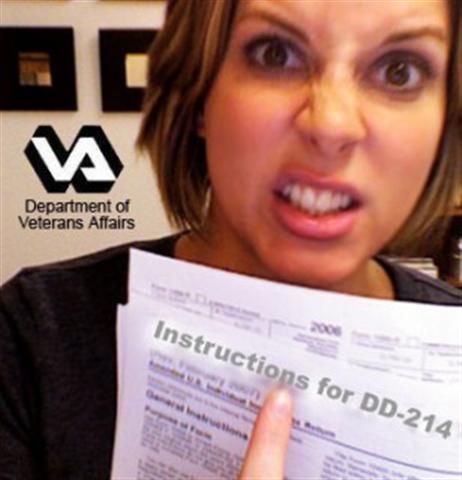 By Edwin Crosby for Veterans Today

As veterans are aware,  there is only one place they can turn to correct errors on their DD-214’s,  or,  there military records.  Each branch of the military has what is known as a  “ BOARD FOR CORRECTION OF MILITARY RECORDS “.  The law governing said BOARDS is TITLE 10, Section 1552.

Something unique happened in 1985 to help assist ALL veterans who had been given a false & stigmatizing secret coded number on their DD-214 known as a  SPN, SDN, or SPD code.   A case from a BCMR went to the U.S. Federal Claims Court,  CASEY  v.  U.S.  argued by an attorney by the name of ALAN THIELE, now of Houston, Tx.   CASEY  won,  and JUDGE YOCK in his decision from page 15-18 talked about  “ STIGMA DISCHARGES “.    He said  ANY veteran with one of these false and stigmatizing coded numbers should have had a  DUE PROCESS HEARING before discharge.  Over the year,  this veteran NEVER even heard about this case !

In 1999, this writer, Edwin Crosby III, submitted a claim to the USAF BCMR.  Claim can be read at  www.veterancourtcodes.com   under the word pages,  BCMR CASE.  Absolutely NO one EVER told me I had a BAD or false and stigmatizing code, and by LEGAL PRECEDENT  they, the BOARD must correct all errors, and pay for an injustice.  The USAF BCMR failed to follow legal precedent !   In fact,  so have the other BCMR’S,  Army & Navy.

LEGAL PRECEDENT,  is an existing legal ruling, which come from case law or past judicial decisions and cases. The United States Court System has a strong respect for precedent.  The legal doctrine of  “ stare decisis “  dictates that precedent will be followed in future court cases.  Stare decisis means,  “ to stand by and adhere to decisions and not disturb what is settled “.

It now has come to light, that the BCMR’S from the respective branches of the military have been cheating veterans out of  JUSTICE FOR ALL !   They have failed to follow their mandate as given by Congress under the law, and ruined tens of thousand of lives of this nations military veterans.  A veteran by the name of Jeffery Trueman who went to court to try and overturn the FERRIS DOCTRINE,  found out he had a BAD coded number and NO ONE on the BCMR told him about this matter.  He is very upset to say the least, and is ready to re-join the fight for Liberty.

ANY veteran who had a false and stigmatizing coded number who went before one of these military BOARDS from 1986 to 2010 and WAS NOT told he/she had a BAD code,  needs to resubmit your claim immediately.  Tell them they did not follow LEGAL PRECEDENT, and quote the CASEY case.

In fact,  attached to this story are four (4) questions which can be submitted to anyone of the BCMR’S.   Just change the name from Army to Navy, or to USAF.  Send said questions to your U.S. Senator or Congressman at their State office, use CERTIFIED MAIL, no green return receipt needed,  do not sent to Washington Offices.  Request that the 4 questions be answered as veterans believe the BCMR’S are NOT following Congressional Mandate or Legal Precedent, and you yourself may have to use the BCMR’S and you want a FAIR playing field.

You should get a form letter back from your Senator/Congressman saying they received your request and will forward for answers.   If you do not hear anything within 3 weeks,  call and ask what happened.   This is a GREAT OUTRAGE that when asking for Justice at BCMR’S,  veterans are further stabbed in the back by those wearing a military uniform of the U.S.   Stand up and be counted veterans !

How many cases have come before your ARMY BCMR since 1986 in which a veteran had a “ false & stigmatizing coded number “, known as a SPN, SDN, SPD code, and said veteran was advised by LEGAL PRECEDENT,  CASEY  v.  U.S. 8 Fed Cl.Ct. (1985)  that he or she was entitled to a “ DUE PROCESS OF LAW HEARING UPON DISCHARGE “.

Upon determining the veteran was given a false & stigmatizing coded number,  how was the veteran “ redressed or compensated “ for the injustice, which is a requirement of the law governing BCMR’S  i.e.  Give examples of how payment was forthcoming.

When a BCMR discovers that SPOLIATION has taken place, and a party who destroys a document with knowledge that it is RELEVANT to litigation is likely to have been threatened by the document, and that party is one of the military branches, how does SPOLIATION effect a veterans claim.   Do lawyers in the litigation office notify Justice Department Officials of the crime committed ?

Once a BCMR has determined a veteran has a STIGMA discharge, and the BCMR’S must CORRECT the INJUSTICE, what guidelines are you following to locate ALL places the coded reason for discharge has been disseminated to.  Please provide copy of those guidelines.