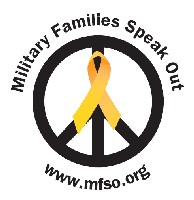 Less than a week after Veterans Today posted Sign the Petition for Operation Recovery – STOP deploying injured troops!, Military Families Speak Out (MFSO) has joined Iraq Veterans Against the War (IVAW) in helping to promote this effort.

Dear Members and Supporters of Military Families Speak Out (MFSO),

Iraq Veterans Against the War (IVAW) have always been an organization MFSO remains proud to support, and proud to call our allies. They are about to launch their first strategic campaign – Operation Recovery: Stop the Deployment of Traumatized Troops.

As military families, we know this story well. We have seen our loved ones sent back to war without adequate care for physical or mental injuries –  care that they needed and deserved. Because of our stories, we can play a vital role in this campaign.

Right now, MFSO seeks a few people who can speak directly to the issue of redeployment of troops that are suffering from Post Traumatic Stress Disorder (PTSD), Traumatic Brain Injury (TBI), and Military Sexual Trauma (MST).

If you, or a family member, are willing to write a short account of your story (anonymous or not), or be interviewed about this issue, please contact National Organizer Nikki Morse ASAP at [email protected].

In addition, MFSO, and our supporters, can play a role by filling out the IVAW Pledge of Support. They have a goal of reaching 2,000 pledges by October 7 when they publically announce their campaign.

(If you are in the DC area and might be interested in participating in their campaign launch, let us know this as well.) In the coming months MFSO will be identifying additional ways to help build this campaign. Signing the pledge is the first way you can be part of it.

More information about the campaign, as well as the link to the Pledge, are found below. Please help build support for this vital campaign! Let us know you want to be involved, and if you have personal stories about this important issue.

Please also forward this email to your friends, particularly other military families.

In peace and solidarity,

(Below is the latest email from Iraq Veterans Against the War about the campaign) Dear Supporters, 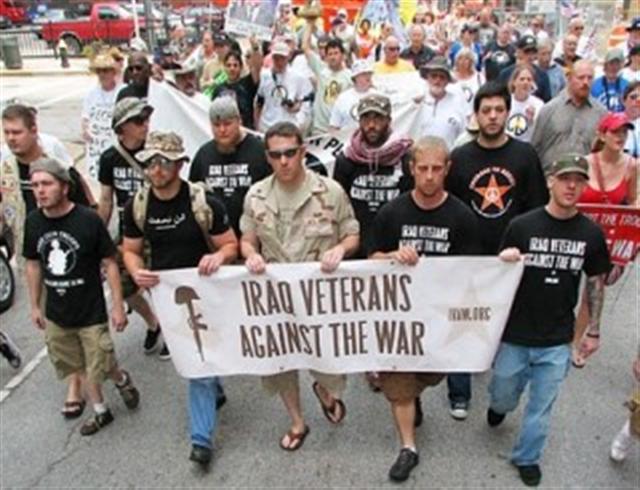 On October 7, the 9th anniversary of the Afghanistan invasion, Iraq Veterans Against the War will announce our first-ever strategic campaign, Operation Recovery: Stop the Deployment of Traumatized Troops.  As a loyal supporter, we are letting you know about our plans before we make them public.

Join our campaign now by making a Pledge of Support.

Thousands of troops are being sent to war despite suffering from Post Traumatic Stress Disorder (PTSD), Traumatic Brain Injury (TBI), and Military Sexual Trauma (MST).  Many of us within IVAW have faced or are currently facing deployment as we try to recover from the severe trauma we have already experienced.

While we recognize that we must stop the deployment of all soldiers in order to end the occupations in Iraq and Afghanistan, we see the deployment of soldiers with Post Traumatic Stress Disorder, Traumatic Brain Injuries, and Military Sexual Trauma as particularly cruel, inhumane, and dangerous.  Military commanders across all branches are pushing service members far past human limits for the sake of ‘combat readiness.’  We cannot allow those commanders to continue to ignore the welfare of their troops who are, after all, human beings.

Because you are a trusted supporter, we are asking you to make a commitment to help us end this systemic abuse of GIs’ right to heal, which only furthers the cycle of dehumanization and destruction of these wars.

By signing this pledge of support, you can stand with us in solidarity and affirm:

Service members who experience PTSD, TBI, MST, and combat stress have the right to exit the traumatic situation and receive immediate support, and compensation. Too often, service members are forced to redeploy back into dangerous combat, or train in situations that re-traumatize them.  We say, individuals suffering from trauma have the right to remove themselves from the source of the trauma. Service members who are not physically or mentally healthy shall not be forced to deploy or continue service.

We will support service members standing up for their right to heal, and we will stand against those responsible for violating them.

Will you stand with us?  Sign the Pledge today.

We know that without the repeated use of traumatized soldiers on the battlefield, the occupations in Iraq and Afghanistan could not continue.

Those responsible for the deployment of traumatized soldiers will do everything they can to hide the truth, but through our Operation Recovery campaign, IVAW is prepared to make demands and back them up with collective action.

For the past nine months, we have been developing this campaign.  In the coming weeks, we will let you know of specific ways to get involved.

Start today by signing the Pledge of Support.

We can’t do this without you.