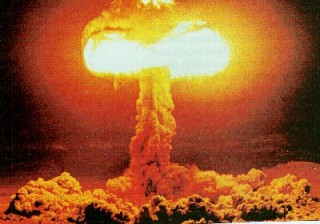 The American propaganda machine tells us that Muslims are a hostile people who hate American freedom. The most cursory examination of that claim reveals that the evidence the claim is based upon is highly flawed, yet the American people have been persuaded that it’s true. That suggests that the American people have learned nothing from our experience with the Nazi’s, and it also suggests that the biggest threat to America is the propaganda machine itself.
*
The primary argument against the claim that Muslims are inherently hostile toward America is the fact that we had absolutely no problem with Muslims at all until we, Western “Christians” and “Jews,” began our imperialistic excursion into the Middle East. Prior to that time Muslims were content to be left alone to practice their religion in their own lands.
*
So when we consider Muslim hostility towards America we must keep two things in mind. First, we need to consider all the hell we’re raising over the loss of 3000 citizens during 9/11. If we’ve been impacted to our core over the loss of 3000 of Americans, how do you think Muslims feel over the loss of hundreds of thousands of their people resulting from the unjust and illegal invasion of Iraq? And secondly, we must remember that while we’re quick to call Muslims aggressors, we’re invading their countries, they’re not invading ours.
*
Americans tend to believe that American lives are more valuable than the lives of other people. When Americans are killed we never stop talking about it. It, literally, goes down in the history books. But when we kill innocent women and children in other countries we simply say, “Oops, sorry ’bout that,” then expect the people to forget about it. 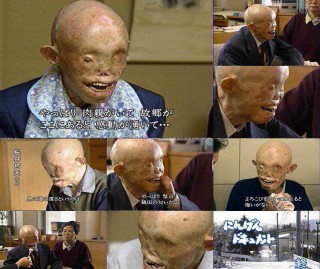 Look at what Obama said about Bush and Cheney’s war crimes – “We want to look forward, not back.” What the hell is he talking about? Bush killed close to a million people for nothing more than corporate greed. How can we expect to dismiss the killing of a million men, women, and children by simply saying, let’s let bygones be bygones? One can only wonder if Obama would have taken that position if his family had been among that million? Somehow, I doubt it.

It was that one remark that opened my eyes regarding our president. While I consider Obama the best that we’ve got, I also recognize that he’s far from an angel.  The remark served to remind me that Obama is also the product of a propaganda machine – his own. So while I continue to support Obama, I never allow myself to forget that even though he’s an impressive man, he’s also a politician, not the Messiah.

Americans need to recognize that life is not a football game. It’s not good enough to just pull for our side, regardless to whether we’re talking about the nation, political parties, or individual politicians.  We should always pull for justice, period – regardless to whose political ox it gores.  Because if we continue to allow the various propaganda machines to cloud our minds to the truth, none of us will be safe. It’s Muslims who are being demonized today, but tomorrow it may be Blacks, Hispanics, Jews, activists, the entire middle class, or whatever group is convenient to meet our rulers’ needs. And yes, I said rulers, because those who control our minds, control our destiny. 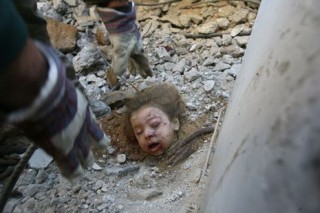 But the propaganda machine is an insidious device, because it tells us what we want to hear, and helps us hide what we don’t want to see, so it has the seductive properties of a drug. Take the issue of terrorism for example. Terrorism is defined as the killing of innocent noncombatants for political gain. Keeping that definition in mind, we must not forget that we are the ONLY country on Earth who has ever dropped an atomic bomb on not one, but two cities, killing and maiming hundreds of thousands of innocent men, women, and children. As horrible as 9/11 was, the horror of that atrocity makes 9/11 look insignificant.

But accepting the fact that we committed such a horrible atrocity is inconsistent with the image that we so passionately embrace of “that shining light on the hill,”  so our propaganda machine swung into action.  It helped us to justify that action by convincing us that we only did it to save the lives of thousands of American troops. But there’s a very serious flaw in that argument. By embracng that argument it affirms that we accept the fact that there are times when terrorism is justified. Thus, by our own definition the United States is, in fact, a terrorist state. So the fact is, the only difference between Muslim terrorists and American, or “Christian,” terrorists is that we have a much more efficient delivery system.

Now, before someone gets upset and start shouting that I’m un-American, please remember that truth and justice is the American way – and what I’ve just told you is both true and just. What I’ve said is not simply my opinion. Every word I’ve written is verifiable, and based on pure logic – and like mathematics, logic doesn’t lie.