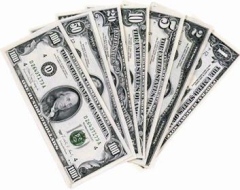 By JIM RUTENBERG, DON VAN NATTA Jr. and MIKE McINTIRE in the NYT:

Like many of the other groups with anodyne names engaged in the battle to control Congress, it does not have to identify its donors, keeping them — and their possible motivations — shrouded from the public. …

Through interviews with top Republican contributors and strategists, as well as a review of public records, some contours of this financing effort — including how donors are lured with the promise of anonymity — are starting to come into view.

In part, political operatives have reconstituted the vanguard of reliable Republican contributors who helped elect George W. Bush and support Swift Boat Veterans for Truth, which attacked the Vietnam record of his opponent in 2004, Senator John Kerry. But as with the American Future Fund, the effort also appears to include business interests focused on specific races.