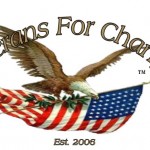 Veterans-For-Change advocates change, responsibility and advocacy for the care and support of Veterans.

President Obama has clearly stated, “Whether you left the service in 2009 or 1949, we will fulfill our responsibility to deliver the benefits and care that you earned. That’s why I’ve pledged to build nothing less than a 21st-century VA”.

Supporting the President’s position about Veterans benefits and care, Secretary Shinseki of Veterans Affairs, has accepted the “solemn responsibility to uphold our sacred trust with our nation’s Veterans”. According to the website, http://www.af.mil/news/story.asp?id=123198485 Secretary Shinseki stated, “We are going to break the back of this backlog this year…” The article states that, “Once the paperwork is intact, VA reps then will ‘work with the veteran to put together the best and strongest argument to win the case,” quoted Shinseki. “This is VA going to bat with itself…”

Perhaps that is what NEEDS TO BE DONE. The VA needs to go into a paper work and computer-generated war to battle with itself. It is an issue and a battle that every Veteran who files a claim must continue to fight…battle…fight…battle, like a hamster or a guinea pig spinning along a cage – getting nowhere in a hurry!

Secretary Shinseki stated in another article quoted, “Since my confirmation as Secretary, I’ve often asked why, 40 years after Agent Orange was last used in Vietnam, we’re still trying to determine the health consequences to our veterans who served in the combat theater. Veterans who endure a host of health problems deserve timely decisions”.

According to the reliable website, http://www.publichealth.va.gov/exposures/agentorange/ “October 13, 2009 Secretary Shinseki decided to establish service-connection for Vietnam Veterans with B cell leukemia, such as hairy cell leukemia; Parkinson’s disease; and ischemic heart disease. This is based on an independent study by the Institute of Medicine showing an association with exposure to Agent Orange. Vietnam veterans with these diseases may be eligible for disability compensation and health care benefits.”

Veterans-For-Change believes exposure to Agent Orange is truly exposure to a deadly chemical, regardless of the location where it was deployed. There have been far too many reports of illness, including cancers, Diabetes, heart disease, and many, many more – all related to service or tour of duty in a combat zone, or in a contaminated zone!

One of the chemicals in the Agent Orange herbicide combination contained contaminating traces of TCDD (dioxin). Dioxin has been shown to cause a variety of illnesses in laboratory animals. http://veteransinfo.tripod.com/Background_on_Agent_Orange.pdf. Studies also suggest that the chemical may be related to a number of cancers and other health effects in humans. http://www.publichealth.va.gov/exposures/agentorange/health_effects.asp The research data speaks for itself – Agent Orange was and is a deadly, toxic chemical, destroying the health and lives of many Veterans, including those who served in Korea and on the DMZ.

Many of these Veterans are continuously denied as the missions they served on were, and still to this day remain, classified by the DoD even though former President Bush signed executive order 13292 on March 28, 2003 directing classified missions beyond 25 years be declassified. Veterans-For-Change, as an advocacy group, has as its mission to broadcast and inform all veterans about their rights concerning Agent Orange, regardless of when and where the military veteran was exposed. You, the legislators of our proud and courageous country owe a debt of gratitude and benefits and care to our veterans. Please take a stand and help us to provide the best care for our veterans. Take action today!

Eleven percent of veterans suffer from acute stress or depression after serving one deployment, according to a study by Third Way, a progressive think tank. This number grows to 18 percent after a second deployment, and 27 percent for troops deployed three or four times. Based on these facts, it is easy to comprehend; our Veterans need consideration for their mental health and their re-entry back to a normal life. Roughly, 100,000 service members seek mental health treatment each month. The military provides 900 suicide prevention programs at 405 installations worldwide.”

The current time-period it takes for a veteran in most states to receive their first counseling session is between 45 days and 6 months. With cases like PTSD, MDD, or even mild depression, (how do you really know if someone is only “mildly” depressed anyway?) days seem like years and time is of the essence. Recent reports on the news and in publication discuss the increase in suicide rates for Veterans returning back from war. http://www.huffingtonpost.com/2010/01/11/suicide-rate-of-veterans-_n_418780.html (Suicide Rates of Veterans Increases Significantly…)

Based on the demands during times of war and peace, The VA needs more counselors and/or to pay for private counselors. Money should NOT be an issue when it comes to a human life. Mental health and a healthy life is the issue, not procrastination, denial and a negative attitude towards our precious Veterans. Didn’t they fight to keep us free? Isn’t it time we as advocates for our Veterans did the same?

Veterans-For-Change expects members of Congress to uphold the promises of decades to care for those who fought to defend our Country, and to practice what was established by the Continental Congress in 1776 — “the United States has the most comprehensive system of assistance for veterans for any nation in the world”. Now, in the Twenty First Century, it is time to draft, sign, and present legislation to correct wrongs from centuries ago. It is time to practice what was created and promised to motivate, service and care for our veterans – ‘nothing less than a 21st-century VA.’

President Obama has said: “We have a sacred trust with those who wear the uniform of the United States of America, a commitment that begins with enlistment and must never end”.

If our nation rescinds its promises and ignores its obligation to those who have fought to preserve freedom throughout the world, we compromise the right to ask our men and women to serve and defend our national principals. The choice is yours. Election Day 2010 is just around the corner – isn’t it time to do what you can to protect and serve our Veterans? With the election of 2010 in mind, please take action to defend and serve our country and our proud and deserving veterans today!

Take a stand to stop the endless spinning wheel of a hamster or guinea pig. Take a stand so our Veterans are treated as human beings, not pin cushions, or undeserving human beings. Veterans served our country with dedication to duty. Isn’t it time America and the VA treated our soldiers and veterans with the respect, and the benefits so promised.

Veterans-For-Change has been crying out to all 535 members of Congress now for four years as of April 2006, as President Wilson said, a leader’s ears must ring with the voices of the people! Veteran’s voices will be ringing in the polling places come November! Do you hear us?

Veterans and their families are tired of campaign promises and yellow ribbons. We need politicians on Capitol Hill to take immediate action to truly support all Veterans.