Home Life The Noose Looked Like A Necklace, Artistic & Full Of Vitality

ED Note: An interesting little parable.  Perhaps not earth-shaking, but an exciting allusion to Great Literature, and certainly apropos to the circumstances of the USA Today.
A good reminder of the situation  and a light loosening up of the tension and stress, something a lot of people can afford right now..

The necklace we borrowed is a noose, not made of cheap metal and imitation stones, but of rough rope meant to hang us. 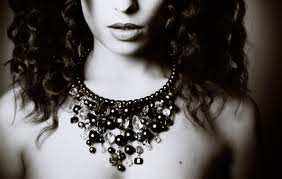 What Monsieur Maupassant could not have known was his story would become the perfect parable for the American middle-class of the early 21st century.

The story goes as follows …

One late afternoon, Monsieur Loiselle, a clerk in the French Ministry of Education, and his wife Mathilde, received a very exciting piece of mail.

“Oh, how wonderful,” exclaimed Mathilde to her husband. “We’ve been invited to attend the Grand Government Ball.”

“But what should I wear,” interrupted Mathilde, now more worried than excited.

“Fret not my dear, you’ll be beautiful in anything you wear,” said Loiselle, hoping to put an end to his wife’s concerns.

Lost in thought, Mathilde heard not a word her husband said. But then inspiration struck.

“Do you remember Jeanne, my very rich friend? I’m sure she’ll be going to the Ball. Maybe she’ll let me wear some of her fabulous jewelry,” said an animated Mathilde.

Without waiting for a reply, Mathilde bolted out of her chair and rushed for her coat.

“I’m going to Jeanne’s home, now,” said the rather hurried Mathilde, just before rushing out of their modest flat.

Jeanne was pleased to hear that Mathilde was to attend the exclusive Ball, and readily agreed to let her friend chose from a broad assortment of resplendent neck wear.

By adding lace to an old gown and wearing Jeanne’s necklace, Mathilde felt like a princess when dancing under the glittering lights of the Ball Room.

The event was everything Mathilde had ever dreamed of, and it was on a pink cloud that floated her back to their humble apartment, near 4:00 AM.

But suddenly, the cloud turned dark, and then into a terrible storm.

“The necklace … it’s gone,” screamed Mathilde, grabbing at her neck. “Go … check the stairs,” she ordered her husband.

“Good heavens,” blurted Monsieur Loiselle. “We must find it. I could never hope to buy another like it … even if we could find one like it.”

For days the worried couple retracted their steps the night of the Grand Ball; but, all of their careful searches were of no avail.

At last resorting to jewelers, the unhappy couple found what they thought was an exact duplicate to the lost necklace. But, how much would it cost?

“Oh, no! I couldn’t borrow that much money in a thousand years,” said a deflated Loiselle.

“Well Monsieur Loiselle, for you – because I like you and your lovely wife – I’ll reduce the price to a mere thirty-six thousand francs, purred the jeweler.

“But how will that help?” yelled Loiselle before his wife cut him off.

“Please hold the necklace for us,” pleaded Madame Loiselle. “We’ll try to return as soon as we can.”

Late at night, at their kitchen table, the tired and 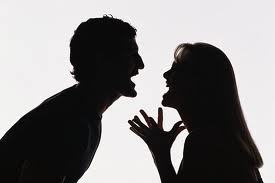 frustrated couple argued over how they could ever pay back the only loan they were able to obtain.

“The rate is absolutely usurious,” yelled Monsieur Loiselle. “We’d  practically have no money left each month. It’ll take us a decade or more to pay off  this devilish loan … and those men are … are dangerous.”

Nevertheless, the necklace was bought, the awful debt incurred, and the very expensive necklace taken to Mathilde’s friend, Jeanne. Thus began the long bare existence for the Loiselle couple.

Life lost its luster. Everything became a hardship. And, laughter was no longer heard in the Loiselle household. Struggle was an inadequate word to describe what life became for the Loiselles.

Cheap food had to be rationed. Heating fuel was rarely used. And the clothes they had when they made their loan would have to last them for perhaps the rest of their lives.

The once lovely Mathilde became faded, worn, and embittered. Monsieur Loiselle – overworked and worried – turned gray, old, and without hope.

The Loiselles disassociated from all their friends and family, and had long ago given up on the idea of ever having children.

Often, they were down to one candle left, and it would always be days before they could buy more. 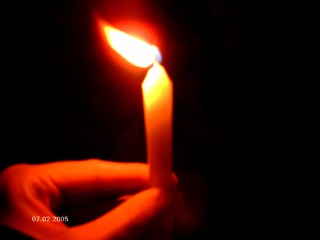 In time, however, the last payment for the dreaded necklace was made, with no celebration from the now terribly aged Loiselles. Their lives had settled into a depressed rut, borne from the long passage of time with no purpose, other than that to avoid serious retribution from their very dangerous loan sharks.

Mathilde never again visited her friend, Jeanne, so ashamed was she of her ragged clothes, lack of make-up, and elan vital (life force).

But as fate would have it, Mathilde – bundled in her thin rags – came across Jeanne in a public park.

Mathilde deeply shocked Jeanne with her story of losing the original necklace, and with what she and her husband had gone through to replace it.

“Oh my dear dear Mathilde,” said Jeanne. “Your suffering was so unnecessary. The necklace you borrowed was certainly artistic and dramatic enough … and full of vitality … but in reality, it was only a piece of common costume jewelry, made with cheap metal and imitation stones. It was worth only a few francs.”

The parallels between the Loiselles and what was once the American middle-class are too many and too obvious for me to belabor. But, one or two points may be in order.

The Loiselles had put their necks into a noose of debt, held by unscrupulous shylocks, exactly like the nation of America did in 1913, with the most outrageous passage of the Federal Reserve Act.

No one can be happy when their expenditures to live exceed their income and savings.

No country can be happy that borrows so much more money than they can produce in valuable goods and services – especially a country that essentially produces little outside the weapons of war.

Terence P. Jeffrey writes in CNS News, “It took from 1776 until 1990 for the federal government to accumulate a total of $3 trillion in debt (according to the Treasury Department).

While Mathilde borrowed from small time hoodlums, the American people have borrowed from an international crime syndicate, that holds all atomic triggers in their greedy and insane hands.

And as Americans, and all people of the Western world, are taxed to pay down these usury loans to the world’s controlling loan-sharks, we all become as poor as poor Mathilde and her long suffering husband.

Worse yet, Mr. Obama – and his fellow felons in Congress – have kicked off an unprecedented round of inflation, that could end with any money we are able to attain for ourselves to be rendered all but worthless.

The twin evils of the progressive income tax, coupled with runaway inflation, is the worse of all possible economic worlds – one we allowed our Congress and president to commit us to.

The necklace we borrowed is a noose, not made of cheap metal and imitation stones, but of rough rope meant to hang us.

Was not mankind made by our creator for better stuff than to be no more than indentured servants to common criminals?

J. (Jack) Speer-Williams: J ack is a former Hollywood producer of live stage shows that featured various movie and TV stars. In Los Angeles for almost a quarter of a century, Jack had a front-row seat in observing the disintegration of the foundations of America society before he retreated to the woods of New Hampshire. A graduate of the University of Florida, where he studied economics. According to Jack, “Those of us stuck deeply into the engineered left/right paradigm have no desire to be objective, and are thus blinded to all truth that does not reinforce biased opinions. Remedial work in geo-politics will not open the minds of such people, as they are badly in need of spiritual remedies; nevertheless, facts are facts, and some are available to truth-seekers, the subject matter of my writings.” He can be reached at: [email protected]
More from the author: