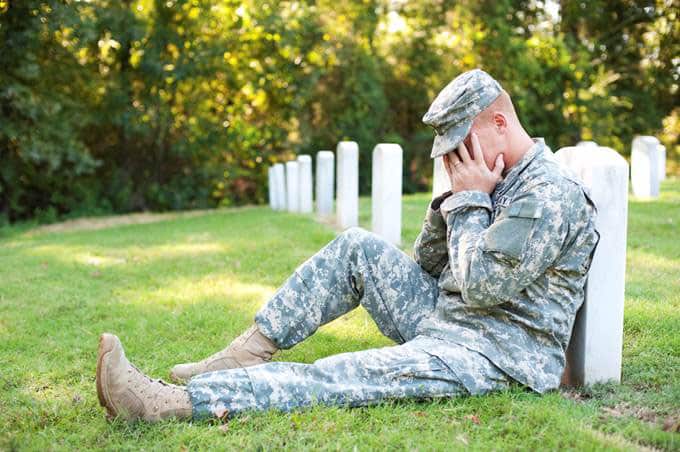 – The military has been discharging troops who are suffering from combat stress, instead of providing treatment, according to Missouri Sen. Christopher “Kit” Bond and several veterans advocates. –

By David Goldstein at McClatchy Newspapers

That would mean that many who could be afflicted with mental health conditions, including post-traumatic stress disorder and traumatic brain injury, have left the service without official medical diagnoses and no chance for medical benefits.

“If somebody comes back with battle-related stress and invisible injuries, we owe them a tremendous amount,” said Bond, a Republican. “We need to determine what their problem is, not kick them out and let them fend for themselves.”

The disputed discharges are for “adjustment disorders,” which can occur when a person has trouble handling a stressful event. In the military, service members who’ve seen combat or undergone other types of stress might be discharged as a result of sleepwalking, airsickness or severe nightmares.

The procedure bypasses the lengthier medical discharge process, but critics say that many troops are discharged erroneously and lose out on medical benefits.

“A service member who has a mental health condition is tempted with the carrot of going home to see family, and most service members will leap at the chance,” said Paul Sullivan, the executive director of Veterans for Common Sense, an advocacy group. “Without a medical exam and legal advice, they quickly sign the discharge papers so they can go home. Most often they’re not told they are sacrificing benefits.”

After several attempts to get discharges data from the Pentagon, Bond and three Senate colleagues called on Defense Secretary Robert Gates in a letter last week to pry the information loose.

“We are particularly concerned that troops who display symptoms of combat stress are expeditiously chaptered out of the military by the medical bureaucracy prior to their condition meeting formal diagnostic criteria for PTSD or other conditions that would constitute disability,” they wrote.

Democratic Sen. Patrick Leahy of Vermont also signed the letter, along with Republicans Sam Brownback of Kansas and Charles Grassley of Iowa.

Pentagon spokeswoman Eileen Lainez said the department would respond to their letter “as appropriate.”

The questions surrounding discharges come against a backdrop of concern on several fronts: a shortage of military doctors, multiple deployments that send some service members back to war zones more than once, a record number of suicides among National Guard and Reserve troops, and high instances of PTSD and combat-related brain injuries.

A recent study found that more than a third of the returning male Iraq and Afghanistan war veterans – and more than a quarter of the women – who sought help at the Veterans Health Administration had PTSD.

Bond and veterans advocates are particularly angry because Congress had cautioned the military about quickly discharging service members who might need mental health treatment.

In 2007 it stopped the military from using pre-existing personality disorders as a trigger to remove combat-stressed troops. Pre-existing medical conditions disqualify service members from receiving benefits.

Critics said they were sham discharges because the military originally had found many of those discharged troops fit to deploy to Iraq or Afghanistan.

They said the pressure was intense to remove service members quickly instead of going through the lengthy medical discharge process because it saved money and freed up otherwise non-deployable spots in military units that were headed to the war zones.

Personality disorder discharges plummeted after Congress stepped in, according to the Pentagon, from 1,072 in fiscal year 2006 to 64 in the first six months of this fiscal year.

Adjustment disorders have more than doubled during almost the same period, however, from more than 1,400 in 2006 to more than 3,800 last year.

“The military is trying to kick soldiers out as fast as possible,” Sullivan charged. “When it was caught red-handed improperly using personality disorder discharges, it simply shifted gears and now uses adjustment disorder.”

A military diagnosis of PTSD qualifies active-duty service members for medical retirement and lifelong compensation, as well as health care for their families and them.

A PTSD diagnosis by the Department of Veterans Affairs also qualifies the veteran for benefits, though not as extensive.

“That means if they were on active duty and received the wrong diagnosis, they were cheated out of health care and compensation that would have come out of (the Defense Department) budget,” said Steve Robinson, a veterans advocate and former Army Ranger. “For every person who gets kicked out by adjustment disorder who later finds out it was wrong, there is no recourse.”