Iraq Veterans Against the War (IVAW) views on Wikileaks

The latest release by Wikileaks of the Iraq War Logs is the largest leak in U.S. history and reveals in extensive detail what IVAWar has been saying since their founding in 2004.  The U.S. has presided over a bloody occupation for seven years where war crimes are a common offense, civilian casualties have been grossly under-reported, and corporate contractors run amok.

See the IVAW official statement on the Iraq War Logs below.  To forward this statement to others, click here.

IVAW Statement on the Iraq War Logs – A Call for Accountability 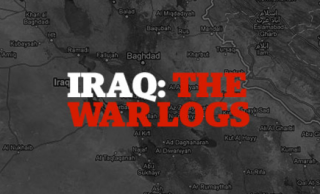 including torture, that are endemic to the war in Iraq. As veterans of the wars in Iraq and Afghanistan, IVAW members are outraged that the U.S. government sought to hide this information from the U.S. public, instead presenting a sanitized and deceptive version of war, and we think it is vital for this and further information to get out. Members of IVAW have experienced firsthand the realities of war on the ground, and since IVAW inception they  have spoken out about similar atrocities in Iraq and Afghanistan. The members of IVAW are asking the U.S. public to join IVAW in calling on our government to end the occupations and bring our brothers and sisters home. 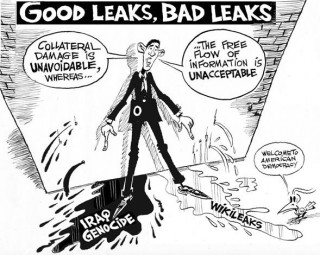 The U.S. government has been claiming for years that they do not keep count of civilian death tolls, yet the recent releases show that they do, in fact, keep count.

Between 2004 and 2009, according to these newly disclosed records, at least 109,032 Iraqis died, 66,081 were civilians. The Guardian reports that the Iraq War Logs show that the U.S. military and government gave de facto approval for hundreds of reports of abuse, torture, rape, and murder by Iraqi soldiers and police officers.

These recent revelations, along with the Afghan War Diaries and Collateral Murder footage, weave a picture of wars in which the rules of engagement allow for excessive violence, woven into the fabric of daily life with the U.S. military presence acting as a destabilizing and brutalizing force.

The Iraq War Logs, while crucial, are reports produced in real time and they may be slanted to minimize the culpability of U.S. forces. Still, they represent an important part of evidence in assessing the reality of the Iraq war, evidence that can only be improved by the further release of documents and information and corroboration by individuals involved. To this end, IVAW members are reviewing both Wikileaks’ Afghanistan War Diaries and the Iraq War Logs to identify incidents IVAW members were part of and to shed more light on what really happened.

IVAW is comprised of over 2,000 veterans and active duty troops who have served since September 11, 2001. IVAW demands immediate withdrawal of all occupying forces from Iraq and Afghanistan, reparations for the people of those countries, and full benefits for returning veterans, including mental healthcare.

At IVAW’s March 2008 Winter Soldier hearings in Maryland, more than fifty veterans and active-duty service members publicly testified about the orders they were told to carry out in these countries, sharing stories of excessive violence, trauma, and abuse. 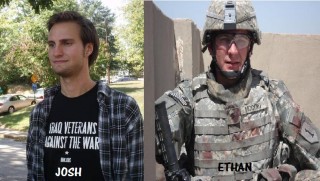 Josh Stieber and Ethan McCord, two IVAW members who were in the unit captured in the Wikileaks “Collateral Murder” video, have spoken out about how the incidents caught on film are not isolated cases of ‘a few bad soldiers’ but rather, part of the nature of these wars.

“There has been little accountability in the wars that my friends and I once thought represented everything that was noble about our country,” wrote Stieber in anticipation of the Iraq War Logs. In an open letter, Stieber calls for policy makers to “take accountability for these wars and the full truth about them.”

As veterans, IVAW knows that the violence documented in the Iraq War Logs traumatizes the people living under occupation. The wars in Iraq and Afghanistan also have been marked by staggering rates of military trauma and suicide among the troops tasked with carrying out these orders.

Last year, 239 soldiers killed themselves and 1,713 soldiers survived suicide attempts; 146 soldiers died from high-risk activities, including 74 drug overdoses. A third of returning troops report mental health problems, and 18.5 percent of all returning service members are battling either Post-Traumatic Stress Disorder or depression, according to a study by the Rand Corporation.

Exposing war crimes is not a crime.

Critics attacking Wikileaks founder Julian Assange‘s character are attempting to use ad hominem arguments to detract from the real issues and divert public attention from the content of the Iraq War Logs. IVAW urges honest and thorough discussion of the content of these documents, and we think this discussion must not be sidelined by a swift boating and character assassination of Mr. Assange regardless where it comes from. 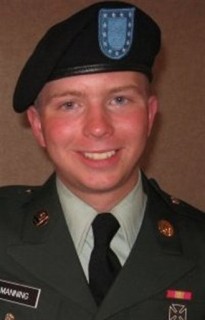 Furthermore, with past Wikileaks revelations, U.S. [Obama] administration and military authorities were quick to vilify Army Specialist Bradley Manning who is being accused of leaking these documents to the public. Yet IVAW insists that it is the right of the U.S. public to have accurate information about wars that are being fought in our name and funded by our tax dollars, and we support the public sharing of this information.

Authorities have kept this information secret in the name of ‘national security,’ but what they really are afraid of is public opinion, which they know will turn against them [even more] if the truth about these wars gets out in the mainstream.

An accurate count of Iraqi dead, acknowledgment of torture, and full disclosure of the role of private contractors are facts that should be made public in a democracy.

IVAW believes that real national security is created where government transparency and accountability, free press, and an end to spending on illegal wars and occupations are the norm.

Continued silence and secrecy is a grave threat to the security of the Iraqi and Afghan people, and IVAW demands openness, accountability, and real discussion of these revelations.

IVAW grieves for the Iraqi and Afghan lives that were lost and destroyed in these wars. We also grieve for our brothers and sisters in arms, who have been lost to battle or suicide. The Iraq War Logs bring home part of the harsh reality of these wars, a reality that we–as veterans–live with everyday. We demand a real end to both wars, including immediate withdrawal of the 50,000 “non-combat” troops who remain in the Iraq.

The Iraq War Logs underscore the urgent need for peace, healing, and reparations for all who have been harmed by these wars. The first step is to bring our brothers and sisters home.

Iraq Veterans Against the War (IVAW)