Home Veterans This Veterans Day, 18 will die by their own hands 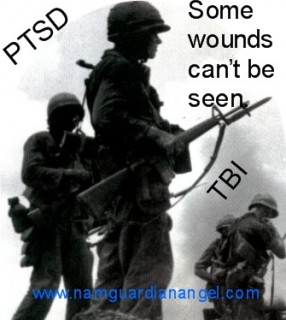 This Veterans Day, yesterday, the day before and all other days ended with 18 veterans no longer here. They were not among the veterans that died of old age, or from a physical illness. Their deaths were not from enemy hands but from the enemy within. 18 veterans take their own life everyday in this country. Over 12,000 a year attempt suicide with many of them trying more than once to end the pain they carry within them.

Over 100,000 veterans walk the streets and call them home as they sleep on cots in a shelter if there is room for them, in boxes down ally ways and on a couch of a friend who offered to put then up for a couple of days but then wanted to get back to not having a house guest. They die on our streets, get picked up by police, occasionally ending up in a hospital until they are “well enough to go home” and end up back on the street they call home.

Today there are veterans being arrested for drunk driving, domestic violence and crimes with none of these actions part of their character but the result of unaddressed combat stress. How could anyone think these men and women went from being willing to lay down their lives in the service to total strangers into being someone who cared nothing for anyone else? Had this been the case then there would be no Veteran’s Courts around the country attempting to supply real justice for the veterans in need of help.

Today some veterans will wake up alone because their families just couldn’t stand them anymore. They didn’t like the changes in their son, husband, daughter, wife, so they sent them away. Most of these family members had no clue what was causing any of it but for some, they just didn’t care. In polite society we’re all supposed to be like a Norman Rockwell painting caring about each other and committed to each other, but we have to face it, there are a lot of families without the foundations to build a strong family on. Some are just too messed up.

On this day as some businesses offer free services to our veterans, some towns give them a parade, 18 of them will fight the last battle because of combat and take their own life. 18 more caskets will be ordered and 18 more flags folded from a grateful nation about to put the veteran in the ground, out of his/her misery and one more problem over and done with.

One day, they are honored and cheered, prayed for and worried about until they come home and then, then it all stops until Veteran’s Day comes around again and we think we’re doing something for them so we can ignore them the rest of the year.

What is really very telling about us is that we ignore the message this sends to all of our veterans. If we leave one of them behind, we leave them all behind. If we left one go homeless, we would allow all of them to go homeless. If we let one of them get locked up because PTSD has hold of their minds, we let them all get locked up. If we let one of them take their own life without trying to heal their soul and help them, we have let all of them believe their lives are worth-less to us now they are no longer risking their lives for us in combat.

Heaven Know They Need You