Home Veterans A general speaks out about his battle with PTSD 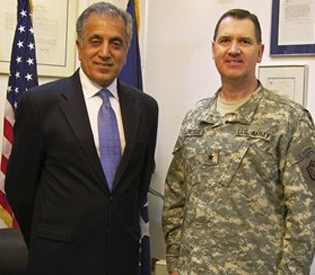 This man is a true leader when it comes to talking about his own battle with PTSD. He is not ashamed and no one else should be of having a reaction to traumatic events in combat.

For any other officer out there still trying to get rid of soldiers with PTSD, remember him the next time you are faced with helping them heal or getting them out. For soldiers out there thinking there is no hope of healing and having a better life, read his story and know nothing is impossible.

A general speaks out about his battle with PTSD

While everyone else danced at a New Year’s celebration to start 2008, Maj. Gen. David Blackledge couldn’t stop picturing a suicide bomber blowing up the ballroom.

“I started to think, well, this is just the way it’s going to be,” Blackledge said.

But later that year, after his routine physical, he described his symptoms to a doctor.

Classic post traumatic stress disorder, the doctor said. He sent Blackledge to behavioral health, where he saw a psychiatrist and a psychologist.

They confirmed the diagnosis and told the general they could help.

Now Blackledge – commander of the Army’s Civil Affairs and Psychological Operations Command – is speaking publicly about his invisible wounds to let other warriors know their reactions to combat are normal.
read more here
A general speaks out about his battle with PTSD

Find hope in healing from this if it gives you nothing else.

From CNN March 6, 2009, two more generals talk about their own problems yet few in the media thought it was worthy of reporting on.

WASHINGTON (CNN) — Army generals aren’t known for talking about their feelings.
STORY HIGHLIGHTS
Memory of soldier who died before his eyes stays with one general
Another still questions himself over suicide bomb attack that killed 22
By sharing stories, they hope to ease stigma attached to stress

Military should have different view of post-traumatic stress disorder, they say.

But two high-ranking officers are doing just that, hoping that by going public they can remove the stigma that many soldiers say keeps them from getting help for post-traumatic stress disorder. 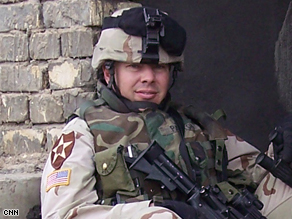 Brig. General Gary S. Patton and Gen. Carter Ham have both sought counseling for the emotional trauma of their time in the Iraq war.

“One of our soldiers in that unit, Spec. Robert Unruh, took a gunshot wound to the torso, I was involved in medevacing him off the battlefield. And in a short period of time, he died before my eyes,” Patton told CNN in an exclusive interview. “That’s a memory [that] will stay with me the rest of my life.”

Ham was the commander in Mosul when a suicide bomber blew up a mess tent. Twenty-two people died.

“The 21st of December, 2004, worst day of my life. Ever,” Ham said. “To this day I still ask myself what should I have done differently, what could I have done as the commander responsible that would have perhaps saved the lives of those soldiers, sailors, civilians.”

Both generals have been back from Iraq for years, but still deal with some of the symptoms of the stress they experienced.

“I felt like that what I was doing was not important because I had soldiers who were killed and a mission that had not yet been accomplished,” Ham said. “It took a very amazingly supportive wife and in my case a great chaplain to kind of help me work my way through that.”

Ham and his wife drove from Washington State to the District of Columbia right after he returned from combat.

“I probably said three words to her the whole way across the country. And it was ‘Do you want to stop and get something to eat?’ I mean, no discussion, no sharing of what happened,” he explained.

Ham still can’t talk to his wife about much of what he saw.

For Patton the stress hits him in the middle of the night.
read more here
Generals share their experience with PTSD

We have several MOH heroes talking about what it was like to come home changed. Somehow, some day, a time will come when PTSD is no longer a burden to hide but one to share so that more will heal.