Exemplifying these new developments is the rapid-fire rise of Rep. Eric Cantor (R-Va.), a deeply religious Orthodox Jew and pro-Israeli “neo-conservative” hard-liner who is expected to be named House majority leader in the forthcoming GOP-controlled Congress.

The Republican Party’s takeover of the House of Representatives in the recent election also ushers in a consolidation of pro-Israeli political influence over Congress unlike ever before. Then, too—not coincidentally—it heralds a new era in which secret campaign contributions by big-money interests are now holding sway in an unprecedented way.

Exemplifying these new developments is the rapid-fire rise of Rep. Eric Cantor (R-Va.), a deeply religious Orthodox Jew and pro-Israeli “neo-conservative” hard-liner who is expected to be named House majority leader in the forthcoming GOP-controlled Congress.

Although the majority leader post is officially the No. 2 slot in the House of Representatives, the truth is, Cantor will hold tremendous behind-the-scenes power in the Republican caucus—greater than even Rep. John Boehner (R-Ohio), who is slated to become speaker of the House (and with whom Cantor has never been on the best of terms).

Cantor’s AAN operation is believed to have raised up to $25 million this past year and spent at least $16 million in waging independent expenditures on behalf of Cantor-approved Republican candidates in the  recent election.

On Oct. 25 even The Washington Post was moved to describe AAN as “mysterious” and described Collins as one of “a small circle of operatives with the coveted expertise of actually running such secretive organizations.”

Collins himself has said, “I have a weird gift for raising money.”

That gift has given new power to Cantor, who played a major part though AAN in orchestrating the GOP victory, bankrolled by well-heeled contributors whose names are not required to be revealed to the Federal Election Commission. 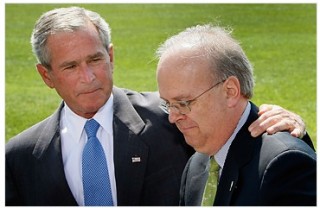 It is no coincidence that two other, similar fundraising ventures— American Crossroads and Crossroads GPS, both run by former George W. Bush operative Karl Rove—share offices with Cantor’s  AAN. Ellen Miler of the Sunlight Foundation said the massive spending by such groups in the 2010 elections is the “how-to” for the 2012 election.

“It’s how to use corporate money, how to use secret money, to buy elections,” she said. “It’s going to be no holds barred.”

While most members of Congress generally rely on campaign contributions from within their own districts, examination of Cantor’s reported contributions indicate that his political fortunes have relied extensively on a great deal of money supplied by Jewish contributors from across the country.

Cantor is able to tap into those same sources to fund his AAN operation on behalf of pro-Israel Republicans. So, Cantor’s access to tens of millions of dollars in secret cash contributions makes this young congressman particularly influential, today and in the future.

The influx of so many new GOP “conservatives” elected with Cantor’s help will also expand the influence of the Republican Study Committee—of which Cantor is a member—which is composed of more than a hundred GOP congressmen, all of whom are vociferous allies of the Jewish lobby.

The RSC’s executive director, Paul Teller—who described himself to TheWashington Post as the RSC’s “token Jew”—formerly served on the staff of Rep. Mike Pence (R-Ind.). Pence once described how every time the subject of Israel was mentioned on the House floor, he rushed there to hear what was being said. Now Pence is reportedly hoping to parlay his peculiar devotion to Israel into a 2012 presidential campaign.

The Republican victory also brings control of at least two key House committees into the hands of pro-Israeli lawmakers.

The House Foreign Affairs Committee’s new chair is Cuban-born Ileana Ros-Lehtinen. She has long been one of the loudest advocates for Israel in Washington. Upon her election to Congress in 1988 and for years afterward, she was touted as “the first woman of Hispanic origin elected to the House,” but then the truth came out: Ros-Lehtinen was the granddaughter of Sephardic Jews from Turkey who migrated to Cuba.

Slated to chair the Homeland Security Committee is Rep. Peter King (R-N.Y.) who—although an Irish Catholic who attended the University of Notre Dame —is a boisterous voice for Israeli interests.

Abroad, the consequences of the GOP victory are being noted in the context of Israel’s concerns. In Israel, Danny Danon, a hardliner in Prime Minister Benjamin Netanyahu’s Likud Party, expressed delight: “The huge influx of newly elected representatives and senators to Washington includes dozens of strong friends of Israel who will put the brakes on the consistently dubious, sometimes dangerous policies of President Obama these past two years.”

Meanwhile, Saudi Arabia’s former ambassador to the United States, Prince Turki al-Faisal, slated to become Saudi foreign minister, warned in a speech in Washington following the election that he foresees a return of the “neo-conservative philosophy” and that the election “will give more fodder for these warmongers to pursue their favorite exercise, war-making.”

The Arab diplomat bluntly declared that “neo-con advisors, American conservatives and Zionist extremists” have promoted policies that “continually throw a wrench into the progress of peace.”

He said that “particularly in the Congress, the bipartisan support for Israel has been enormous; it’s not just Republicans. My concern is really with the people who speak up for a more aggressive type of policy, as espoused by neo-conservatives. They will interpret these elections as, if you like, a return to what they would consider to be their view on foreign policy in general and . . . particularly on the Middle East.”

a journalist specializing in media critique. He is the author of The High Priests of War, The New Jerusalem, Dirty Secrets, The Judas Goats, The Golem, Target Traficant and My First Days in the White House. All are available at American Free Press (AFP).