As the euphoric dust is settling down, it is easy to ascertain the extent to which the recent Obama-Singh summit has exposed Indian weakness. Budding major powers export aeroplanes and high end technologies, rather than importing; they Bangalore-away lowly errands rather than taking pride in running such routines. Above all, socio-economic well being of a common Indian has been bartered away for few aeroplanes, war machines, vague promises and piped dreams. 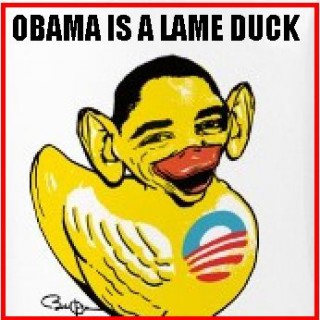 Lame duck president has no surety of delivering on the promises which he has made. Anti-outsourcing legislation of America is all set to incrementally choke-out the Indian Silicon valley bonanza. India will be paying for 50,000 American jobs, while over 440 million hungry Indians, including 50% children would continue to be undernourished. Growth of Indian aviation industry has been put on hold for 3-4 decades.

India needs to strengthen the indicators that are essential for becoming a credible power. For this, India needs deeper cooperation from the United States. Recent MDG summit at the UN has clearly brought out the embedded weaknesses of India. States with such low socio-economic indicators are not poised to rise above mediocre level. Nor could a majority of an overly poor rural population of Indians, living under US$ 2 per day offer a sparkling market, as the Americans tend to miscalculate.

Rise to super or major power level status is a process of evolution, involving economic elevation coupled with social well-being of a common man, military victories, technological independence and acceptance of elevated posture by other states. India fulfills none of these prerequisite. No country has ever been able to get itself catapulted to the club of major powers, solely by riding the shoulders of another superpower.

Obama’s crumbling down to pressure to save the otherwise failing summit by announcing support for India’s permanent entry into of UNSC was indeed a diplomatic faux pas; promising something over which America does not have a handle. As in case of Japan, key to India’s UNSC pipedream lies with China. And China is quite chary of any UNSC reform that boosts the global status of countries to its south and to its east, that is India and Japan.

After Obama’s UNSC offer, the State Department’s top career diplomat, Undersecretary of State for Political Affairs, William Burns, said in New Delhi that the road to Council reform would be arduous. “This is bound to be a very difficult process and it’s bound to take a significant amount of time,” he said.

The US began to support Germany and Japan for permanent seats in the Security Council in the early 1990s; later on support for Germany fizzled out, presumably on pressure from other European countries. And, time and again, Japan has seen its hopes ruined.

UN reform bids are thwarted by regional suspicions, geopolitical brokerages, and a complex power calculus. Actual “reform is not going to be easy, for both practical and political reasons”, says Michael Doyle, a former UN official. Doyle says there are “extensive and demanding processes of reforming the UN club,”… “Many countries, in particular some of the original permanent members, don’t want to dilute their power in this way, …it takes not only avoiding any veto by one of the Council’s permanent members, but a two-thirds vote by the full Council and approval of the General Assembly… That alone is a considerable bar to clear… But perhaps even more daunting are the political hurdles”.

While speaking to the joint session of the Indian parliament, Obama said that as part of seeking an “efficient, effective, credible and legitimate United Nations, in the years ahead, I look forward to a reformed United Nations Security Council that includes India as a permanent member….with increased power comes increased responsibility,” and he urged India and other aspiring Security Council members to ensure that “the UN body is effective, its resolutions are implemented and enforced”.  Surely while saying this Obama must have recalled that UN resolutions on Kashmir are yet to be implemented. Unfortunately, Obama chose to reward a state which is defiant of UN resolutions, much like his predecessor who gifted ‘Agreement 123’, to a non-NPT signatory, guilty of vertical and horizontal proliferation in South Asia.

While prudently sidestepping the symbolic anti-Pakistan landmines laid by Indian tour planners, President Obama told a gathering of Indian students in a matter of fact manner that “Pakistan is strategically important and that India had the most to gain from a stable Pakistan”. He urged India to redouble peace efforts with Pakistan.

Indeed Obama gave a clear message to the Indian leadership that New Delhi has no other option but to enter into dialogue with Islamabad and resolve the outstanding issues, including Kashmir.

India is wrongly perceived as an emerging vital market for the USA, because its protectionist trading environment makes it difficult for Americans to do business in India; chances of India opening up its retail and financial services markets to American investment appear remote.

America has recently had the bitter taste of India’s insidious mind set. Through its ‘Civil Liability for the Nuclear Damages Bill, 2010,’ Indians have effectively blocked the entry of American firms into Indian nuclear business. Ironically, the beneficiaries of ‘Agreement 123’ are Russian and French firms.

America had been pressing upon India to formally disown its dangerous ‘Cold Start Doctrine’ that is fueling tensions between India and Pakistan and hindering the American war effort in Afghanistan. Of late, there have been a series of statements including one from the Indian army chief, distancing from the dangerous doctrine.

President Obama has once again repeated that the Indian role in Afghanistan should be focused on construction activities. So option of formal deployment of Indian military in Afghanistan stands ruled out .India’s much touted claim of spending $1.2 billion is an inflated figure. Most of this expenditure has been on Indian contractor companies. The ring road built by India is in disarray, other buildings are over priced and exhibit slapdash workmanship, akin to the erstwhile Commonwealth Village.

Undue American pampering in the past has indeed converted India into a problem child of South Asia. It has actually starting behaving like a Kangaroo super power; it tends to copy American symbolism and dialect while dealing with its neighbours. India has disputes with all its bordering countries; and it is usurper in most of these discords.

Yet once again, American calculus is faulty; premium placed on India is unrealistically inflated. Indian government would once again avail the opportunity and accrue short term benefits. Long-time sufferer is a common rural Indian, destined to live in poor social security and food insecurity environment for an indefinite time. For quite some time, stability of this region is likely to stay hostage to reinforced Indian arrogance.

f course. Combat Commander’s Course. He has been a Directing Staff at various institutions of Pakistan Air Force. Presently he is a visiting faculty at: