The Actual Factuals About the Democratic Loss in the 2010 Election 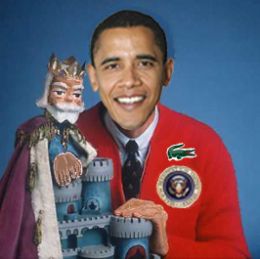 In President Obama’s own words, the Democratic party received a shellacking in the midterm elections, but what’s amazing is that he still doesn’t seem to understand the reason why. He seems to have bought into the Washington punditry that the Democrats lost because unemployment was at 9%, and historically the party in power loses seats in congress during the midterms. Those things might have contributed to the loss, but he’s completely missing the real reason why so many Democrats were voted out of office.

The actual reason that Democrats were turned out of office was because they deviated from the reasons they were voted into office in the first place. The voters made it clear in the two previous elections that they were fed up with the Republicans, and they believed Obama’s pledge that the Democrats were going to bring in an era of “change that we could believe in.” They were excited by that pledge. But once the Democrats were given the presidency and the largest majority in congress in a generation, they immediately turned into Republicrats. Their turncoat behavior angered independents because they felt lied to. It also made the Democrats look weak and unfocused to the people who were on the fence, and it absolutely disgusted the Democratic base.

President Obama took too many of his campaign advisors into the White House with him. These people are not about governing. They’re constantly in campaign mode, so instead of advising the president to simply adhere to the promises that got him elected, they’re continually triangulating to position themselves for the next election.

A lot of us were disgusted by that because it made us feel manipulated – after all, progressives are progressive because we’re not dumb, so it’s insulting to us when we feel like we’re being “handled.” So when the campaign finally began in earnest, and the Democrats came around with those very same rousing speeches that we bought into the first time we were bamboozled, they were counterproductive, because they only served to remind us of how disgusted we were over being lied to in the 2008 election.

But obviously the administration is so mired in the fallacy of beltway wisdom that all they can see is from one campaign to the next. So let me put this in campaign terms and maybe they’ll get the point. How successful do you think you would have been if in the 2008 election you would have gone out and made the following stump speech?

“If elected, I promise to circumvent the rule of law by instructing my attorney general to let Bush and Cheney off the hook for their war crimes so we won’t upset the Republicans and energize their base. I also promise to allow the Republicans to water down all legislation, even though we understand that they’re not going to vote for it in the end. And finally, I promise to never counter Republican lies in order to relate the truth to the American people.”

Maybe I’m politically naive, but I don’t think Obama would have gotten very far with that message, but that’s exactly what he did in his first two years, so I can’t see for the life of me see why the administration is so shocked that their base didn’t turn out to defend the Democratic Party.

On the other hand, if the president had walked through the door and kept his mouth shut – as he should have, since the attorney general is suppose to be independent – freeing Attorney General Holder to investigate and then charge Bush and Cheney for lying to congress to take the nation into war; illegally attacking the sovereign state of Iraq; the conflict of interest, misuse of funds and corruption; the torture, killing, and displacement of a million people, among other war crimes, the Republicans would have been so busy trying to cover their butts that they wouldn’t have had the time to cause so much trouble.

Yes, it would have ignited the Republican base, but it would have also energized the Democratic base, in addition to most young people, who tend to believe in Justice. It would have also done more to protect this nation from terrorism than all the bombs in our arsenal, because it would have sent a message to both the Muslim people, and the world, that the American people stand for justice.

Now that would have been a change that we could believe in, and the American people would have rallied around the administration, if for no other reason than having the courage and integrity to put the rule of law before political considerations.

But it seems that this administration still hasn’t gotten the point. The new congress isn’t even sitting yet and they’re already sending out signals that they’re ready to compromise on adding four trillion dollars to the national debt to give billionaires a tax cut.

If President Obama caves in again, he’s done. He’s playing right into Republican hands, because, you see, the Republicans have made it clearly obvious that they’re not really interested in the issues. Their main objective is to make Obama look weak, because they understand what’s most important to the American people – a strong leader.

So if Obama continues to cave in, he’s going to end up the most brilliant, charismatic, and beloved president ever to be voted out of office after his first term. Because the bottom line is, the American people want John Wayne, not Mr. Rogers.