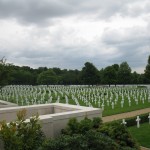 Throughout Europe and Great Britain.

American servicemen are buried in many cemeteries throughout Europe and Great Britain.  The graves of those who have given their lives are well taken care.

Their families, who quite possibly have never been to see where their loved one is interred and thus cannot, tend to the graves in a “hands on” fashion can know that many someones care and treat this task in a careful and thoughtful manner.

Certainly the distance between the United States and Europe and Britain and expense of travel would keep most from making the journey to be at the graveside of their loved one.

The following article offers some photographs and images of one cemetery where American soldiers have been laid to rest.  I wish to put to ease the minds and hearts of those who have not been able to visit their loved one’s graveside, because these gravesites are cared for with diligence,

completeness and a great deal of respect.

The proof is found in the following images.  The first cemetery featured is the American Cemetery in Cambridge, Great Britain.  Buried within these hallowed grounds are 3,812 of our military who died mostly during the Battle of the Atlantic or during the air bombardment of northwest Europe during World War II.  An additional 5,127 names are recorded on the Tablets of the Missing. 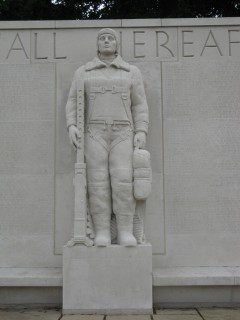