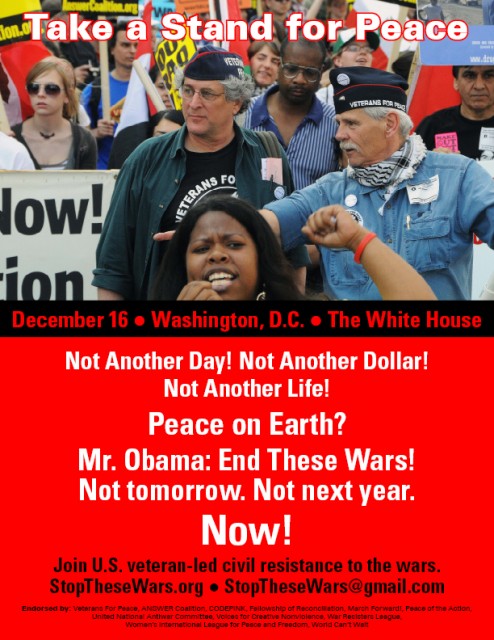 Endorsers of the December 16 Veteran-Led Civil Resistance against War has asked Veterans Today to post this Call to Action.

Although these may or may not be the views of Veterans Today News Network, we have decided to give organizations in the Peace Movement a VOICE.

Posted on behalf of Veterans for Peace by:

We are a full service network of
63 web sites that service the U.S. Military Veterans Community

Created in 2004, Our “Veterans Today” brand name is growing and gaining mass acceptance in this niche marketplace. With over 390,000 plus unique visitors per month bringing in over 22,000,000 page hits, we’re growing into a dynamic interactive conglomerate of information, service, and product sites serving the U.S. Military Veterans market.

VETERANS AND MILITARY FAMILIES SAY TAKE A STAND FOR PEACE 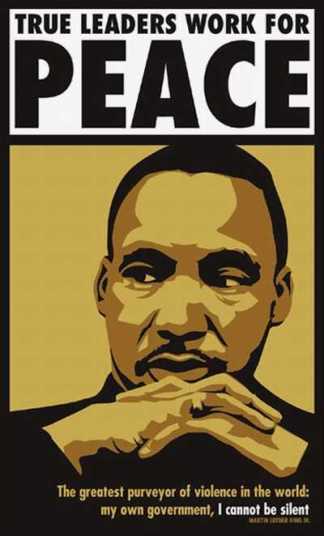 During the Vietnam War, Martin Luther King called our government “the greatest purveyor of violence in the world today.” True then—and even more so today.

A few years before that, in 1964 Mario Savio made his great speech at Berkeley; at the end he says, “There is a time when the operation of the machine becomes so odious, makes you so sick at heart, that you can’t take part; you can’t even passively take part, and you’ve got to put your bodies upon the gears and upon the wheels, upon the levers, upon all the apparatus, and you’ve got to make it stop. And you’ve got to indicate to the people who run it, to the people who own it, that unless you’re free, the machine will be prevented from working at all!” 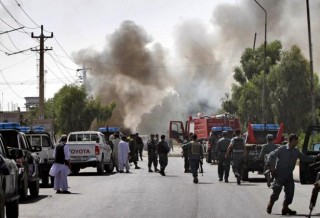 There are children being orphaned, maimed or killed every day, in our name, with our tax dollars; there are soldiers and civilians dying or being maimed for life, in order to generate profits for the most odious corporate war machine ever, again in our name. How long are we going to let this go on? Until it is too late, until this destructive machine destroys all of us and the planet to boot?

Wikileaks has revealed the documented horror of U.S. war-making, beyond what any of us imagined. It’s time Veterans and others express our resistance directly and powerfully by putting ourselves on the line, once again—honestly, courageously and without one drop of apology for doing so. It is not we who are the murderers, torturers or pillagers of the earth.

Profit and power-hungry warmongers are destroying everything we hold dear and sacred. 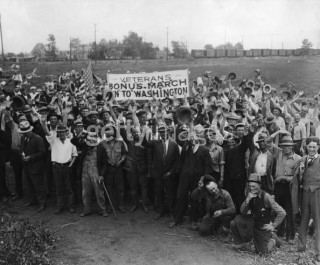 In the early thirties, WW1 vets descended on Washington, D.C., to demand their promised bonuses, it being the depths of the Depression. General Douglas MacArthur and his sidekick Dwight Eisenhower disregarded President Herbert Hoover’s order and burned their encampment down and drove the vets out of town at bayonet point.

We are today’s bonus marchers, and we’re coming to claim our bonus–PEACE. 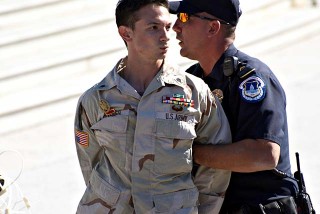 Join activist Veterans marching in solidarity to the White House, refusing to move, demanding the end of U.S. wars, which includes U.S. support—financial and tactical—for the Israeli war machine as well. 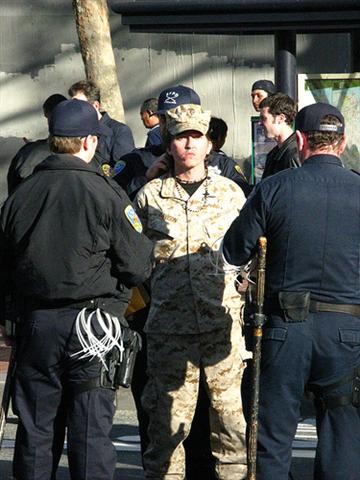 If we can gather enough courageous souls, nonviolently refusing to leave the White House, willing to be dragged away and arrested if necessary, we will send a message that will be seen worldwide. “End these wars – now!” We will carry forward a flame of resistance to the war machine that will not diminish as we effectively begin to place ourselves, as Mario Savio said, “upon the gears and upon the wheels, upon the levers, upon all the apparatus.” and we will make it stop.

We believe that the power of courageous, committed people is greater than 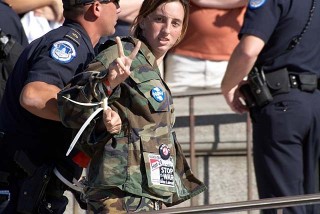 that of corporate warmongers. But we will only see our power when we use it collectively, when we stand together.

With courage, persistence, boldness and numbers, we can eventually make this monstrous war machine grind to a halt, so that our children and all children everywhere can grow up in a peaceful world.

Join us at the White House on December 16th!

For a world in peace,

Endorsers of the December 16 Veteran-Led Civil Resistance against War