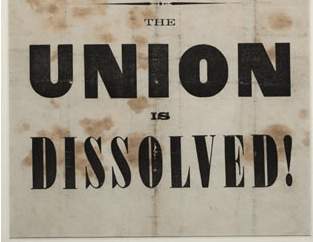 For those who think the U.S. is broke, think again. It’s far more serious than that.

To renew Bush-era tax cuts for our most well-to-do 2% would reduce U.S. government revenues by $700 billion over the decade. That shortfall will need to be borrowed.

Or we could provide college scholarships to 14 million U.S. high school students. Or tuition, room and board for about half of today’s college students.

$700 billion is also the interest expense on the $3 trillion that the U.S. is projected to borrow to fund the long-term costs of wars in Iraq and Afghanistan. Of that interest paid to individuals, care to guess what portion finds its way to the topmost 2%?

$700 billion is also the amount authorized in October 2008 to stabilize the financial sector as part of the Troubled Assets Relief Program.

To boost liquidity, the Federal Reserve just announced $600 billion in “quantitative easing” over the next six months. That sum could be increased by another $300 billion.

A December 1st report brought news that, from March 2008 to May 2009, the Fed extended nearly $9 trillion in short-term loans to 18 financial institutions.

That’s our full faith and credit at work making the world safe for financial markets. And for the elite of Wall Street. To show their gratitude to the American public, the financial sector just paid themselves $144 billion in year-end bonuses.

Meanwhile long-term unemployment is the worst since the Great Depression and fiscal disorder is now commonplace at the federal, state and local level.

States and municipalities have around $2.8 trillion of outstanding bonds. That debt is dwarfed by debts that are off the books, including as much as $3.5 trillion in pension shortfalls.  The situation resembles the run-up to the subprime mortgage meltdown

Meanwhile, the first of 78 million Baby Boomers born between 1946 and 1964 reach age 65 in 2011. This demographic bubble ensures fiscal strains unlike anything the U.S. has ever experienced.

The topmost few have fared well over the past three decades. Then there’s everyone else.

In 1981, a $872 billion tax cut and investment stimulus helped expand national net worth by $5 trillion from 1983 to 1989. 54% was claimed by the half million families who make up the top one-half of one percent of the U.S. population.

As with our wars, that surge in personal wealth was financed with debt. While the public got the debt, the well-to-do got ownership of the assets financed with that debt, along with the bulk of the interest.

That boost to personal wealth dates to when the stock market was a fraction of what it is today. Now the top 1% have a combined net worth greater than the bottom 90 percent.

From 2002-2006, the topmost one percent received two-thirds of the gains in national income. That trend has remained steady over three decades.

During the 1977-1989 period, the top 1% claimed 70% of the increase in household income. The U.S. is now witnessing its widest ever disparities in wealth and income.

Reagan-era “supply-side” economics was marketed with campaign rhetoric remarkably similar to what we hear again today.

Reagan policies doubled the national debt in just one year.

The economic environment changed such that those values not calculable in money are, by design, displaced. While that may not be what we want, that’s what we were schooled to do.

Americans do not yet grasp how this money-myopic mindset worked its way into education and imbedded itself in law. Yet our shared embrace of a “consensus” mindset induces us to freely embrace the very forces that now jeopardize our freedom.

There are no winners in this model, only creditors and debtors. The trends are not even good for the financially well-to-do. Lawmakers are right to worry that civil disorder is emerging as a possibility in reaction to growing social discontent.

Lacking the political will to address this steady dissolution of civil society, the U.S. faces increasing instability. How Americans respond will define what America becomes.

Should the union dissolve, the seeds of its destruction will be traceable to this shared mindset.

Jeff Gates is author of Guilt By Association – How Deception and Self-Deceit Took American to War. See www.criminalstate.com