Home Government WikiLeaks Reprised: A Whiff of What? 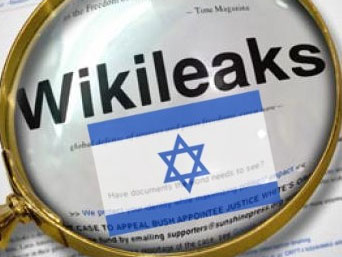 From what the press is reporting about this Wikileaks “dump,” perhaps 10% are Secret or Confidential, the rest Unclassified, and nothing is Top Secret or above

I have followed the unfolding teapot-tempest drama of the latest Wikileaks release with a certain bemusement, accompanied by a growing suspicion shared with others that all is not as it seems with these supposed revelations.

But my initial impression, based of course on what I am reading in the mainstream and alternative media and not in the cables themselves, is that it is surprising how little damaging material is there about much of the world.

Secretary Clinton cannot be happy at having the UN people know what she told her people there to do, of course, and there is a great deal to whet assorted salacious appetites. More substantive issues will doubtless emerge, but I expect most if not all to be embarrassing rather than destructive.

Perhaps the principal reason for this largely titillating, trivial aspect of so many of the released cables is the cables themselves. It is worth understanding that in the US government, even material that is taken from newspapers and clipped together can end up being classified as “Secret” or “Confidential.”  Really important or sensitive material (as in truly “national security” sensitive) is classified as “Top Secret” or above.

From what the press is reporting about this Wikileaks “dump,” perhaps 10% are Secret or Confidential, the rest Unclassified, and nothing is Top Secret or above. This reflects the VERY low-level diplomatic “gossip column” character of much of what has been released and discussed in the media so far.

But I suspect the general reaction of politicians and diplomats everywhere, all of whom send the same type of cables about others, will be a blend of public umbrage and private amusement, coupled with overtures to Ukraine for nursing support.

The one striking exception in all of this global tour de farce <sic.> is the Middle East. Certainly, even aside from Wikileaks founder Julian Assange’s fulsome praise of Binyamin Netanyahu, what is said and what is not, represent the message Israel and its partisans in the US Government (itself heavily Zionist and “Israel First” in orientation) want the world to hear, believe and accept. The message coming across in the US diplomatic cables could have been designed and drafted by Avigdor Lieberman, and who knows? It may have been….

The overt theme in the Middle East cables consists of a blend of attacks on prominent political figures in Turkey and Iran, coupled with critical and disparaging commentaries about their actual or alleged policies and ambitions. One might think that the architects of the Ottoman and Persian Empires in their times of splendor were simultaneously on the move again, with everything between them (except poor, brave, steadfast, and enduring Israel, of course) trembling in fear and awe.

Complimenting this is a region-wide belief attributed to many Arab leaders of the need for stronger action, including military strikes, to thwart Iran’s regional and especially nuclear ambitions — precisely what Israel has been saying all along. Now, this may be true. I know, for example, that the Sunni leadership in many of those countries have their own concerns about Iran, just as Iran’s current leadership has with some of them.

But at least two things cause me to question this supposed thesis. One is the odd attribution in at least one of the cables to an Arab leader of a remark on Iran being an “existential threat.”

Yet no one except Israel and its proponents refers to any other country as an “existential threat” to anyone, suggesting quite clearly that either some of the released cables regarding Iran are forgeries, or they were deliberately cast in terms to create an impression that Arab leaders really want the US and/or Israel to attack Iran, true or not.

And the Israeli Exception

The other part of the covert theme is the apparent absence of anything tough on Israel, which means that anything of the sort is Top Secret or better, was excised from the cables that were released, or simply doesn’t matter at all to anyone in or out of the Middle East. The Arab nations for many years have feared a real nuclear threat from Israel, not a fabricated threat by Iran, but nothing like that comes across, despite 60-plus years of hostility from most to Israel and its ambitions.

Far more significant to me is the utter lack to date of scathing commentaries on Israel and its policies, leadership, and actions from SOMEWHERE in the world. Even if Arab leaders felt there was no point in doing so with the Americans, most others would not feel so constrained.

Something surely must have come to the attention of the US ambassadors to (e.g.) Turkey, South Africa, Brazil, and Ireland, just to name a few of the many who have bitterly condemned Israel, and especially the disgusting duo of Netanyahu and Lieberman to say nothing of their predecessors, for what they have done to Palestine and Lebanon; for Operation Cast Lead; for the settlements; for flagrant violations of UN Resolutions and the murder of UN officials; for Israel’s hostility to the Goldstone Report; for the blockade; for land expropriation; and for sheer thuggery and brutality.

Surely something so scathing would have been communicated back to Washington, alongside which Iran and its president would come off smelling like several bouquets of roses — slightly wilted roses, perhaps, but vastly better than the Israeli stinkpot.

But nothing like that is there or at least has yet surfaced, which makes me increasingly inclined to see this as just another game of rhetorical smoke and mirrors, with a lot of real cables and real victims (like the poor US soldier who presumably gave Assange at least some of the cables), but with many or most of the Middle East cables “cooked” if not fabricated outright.

So these, at least, are probably the handiwork of Israeli-Americans or just Israelis putting their own spin on things, included in a mass of otherwise legitimate cables as camouflage and for validation. An Australian news website concluded that “[the] WikiLeaks cables [are] the 9/11 of world diplomacy.” Too, too true – same source, different vehicle and venue, all helping pave the road to yet another needless war in Israel’s service, this time against Iran. The gods weep — but not, presumably, Yahweh.

Alan Ned Sabrosky (Ph.D., University of Michigan) is a writer and consultant specializing in national and international security affairs. In December 1988, he received the Superior Civilian Service Award after more than five years of service at the U.S. Army War College as Director of Studies, Strategic Studies Institute, and holder of the General of the Army Douglas MacArthur Chair of Research. He is listed in WHO’S WHO IN THE EAST (23rd ed.). A Marine Corps Vietnam veteran and a 1986 graduate of the U.S. Army War College, Dr. Sabrosky’s teaching and research appointments have included the United States Military Academy, the Center for Strategic and International Studies (CSIS), Middlebury College and Catholic University; while in government service, he held concurrent adjunct professorships at Georgetown University and the Johns Hopkins University School of Advanced International Studies (SAIS). Dr. Sabrosky has lectured widely on defense and foreign affairs in the United States and abroad.

His published work includes thirteen books or monographs and over one hundred sixty articles, chapters and book reviews. Among his books are Alliances in U.S. Foreign Policy, The Recourse to War: An Appraisal of the “Weinberger Doctrine”, and Prisoners of War? Nation-States in the Modern Era; he is completing a book-length study on the U.S. use of military force as an instrument of foreign policy, called Presidential War: The Politics of Military Intervention. A native of Lansing Michigan and a 1959 graduate of Sexton High School, he currently owns a computer business and resides in Jackson, Mississippi. He can be contacted at: [email protected]