The U.S. is slipping into a debt-induced recession from which we’re assured that more debt is the remedy.

Only when Americans grasp the internalized source of this subtle warfare can we prevail over this enemy within. 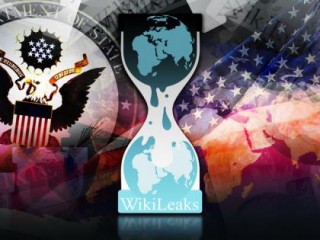 At the close of World War II, the U.S. was home to 50% of the world’s productive power. That economic strength assured America’s dominant financial position for at least two decades. That strength included the ability to issue the world’s top-rated bonds.

Look at us now.

The financial cost to the U.S. of wars in Iraq and Afghanistan is projected to top $3 trillion-all of it borrowed. The interest expense alone could reach $700 billion.

The U.S. Congress is debating whether to authorize the borrowing of $700 billion to extend Bush-era tax cuts for another decade.

The greater the debt, the greater the Wall Street skim. Bond traders don’t care whether markets rise or fall. So long as markets move, they make money.

Thus the financial appeal of warfare, a proven debt creator. Likewise the allure of crises and even perceived crises as either will move financial markets. Thus too the tragic logic of warfare-from the creditor’s perspective.

Funds lent for war generate output that does not compete with other goods and services. It was not the New Deal but WWII that put America back to work and ended the Great Depression.

Thus the recent appeal by veteran Washington Post columnist David Broder when he proposed war with Iran as a strategy for reviving the U.S. economy.

As the strongest currency of the post-WWII era, the U.S. dollar was destined to emerge as the dominant reserve currency for global trade. That result was fully foreseeable by those sophisticated in trade and finance.

America’s productive might ensured that U.S. bonds would set the standard for debt as a safe financial security. In 1971, our creation of debt was unleashed from physical limits when we abandoned precious metals as security for the dollar.

Within the decade, a purported fiscal conservative (Ronald Reagan) championed an investment stimulus that was projected to expand the federal debt by $872 billon at a time when total securitized debt was $900 billion

Known as “supply-side” economics, this deficit-financed subsidy set off a frenzy of debt that fueled leveraged buyouts (LBOs), the leveraging of savings and loans, the overvaluation of dotcom companies and, most recently, the subprime mortgage meltdown.

With trust by then the primary collateral for U.S. debt, America’s credibility became a strategic vulnerability. With our ‘full faith and credit’ in the crosshairs of transnational financial sophisticates, the U.S. soon became financially ungovernable.

The source of this threat is difficult to see because the weaponry deployed is the shared mindset with which we’ve been seduced to do our seeing.

At the risk of over-simplification, the mindset is this: money is smarter than people. Just let money to do what money does best and stand aside.

No need to worry about trade deficits that the U.S. amassed with China. According to Nobel Prize economist Milton Friedman, those imbalances will “self correct.”

The same mindset rationalized the sustained loosening of credit by Federal Reserve chairman Alan Greenspan. While enabling and praising what he called “financial creativity,” he assured Americans that capital markets would “self correct” any imbalances.

How did this deceit succeed? How was self-governance displaced by a money-myopic mindset touted as self-correcting?

America was seduced by an education curriculum in which this narrow viewpoint was imbedded. Then we were induced to comply by policies granting this mindset the force of law. To financial sophisticates, the results were foreseeable.

Finance: The One True Faith

China is now recycling U.S. purchasing power to build a world-class navy, nurture allies and invest in commodities. Meanwhile we Americans hold steadfast to our faith in financial securities.

This mindset is now branded globally as the U.S.-discrediting “Washington” consensus as the World Bank Group (led by an American since 1946) insisted that emerging economies embrace a worldview that has served us poorly and them worse.

The U.S. is slipping into a debt-induced recession from which we’re assured that more debt is the remedy. Only when Americans grasp the internalized source of this subtle warfare can we prevail over this enemy within.