Home Economy U.S. Postal Service Replace Own Boxes With One From FedEx?

U.S. Postal Service Replace Own Boxes With One From FedEx? 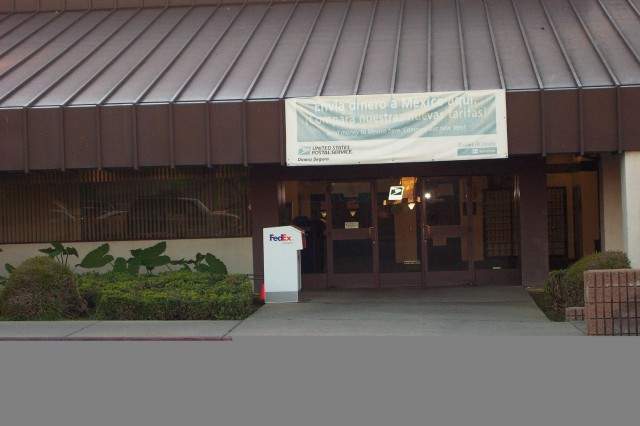 In my December 1, 2010 column (The United States Postal Service Takes Another Small Step Toward its Demise) I pointed out how on the day after Thanksgiving the postal service took the unprecedented action of closing the doors on its customers at both Barrington and Bicentennial stations two hours before its scheduled closing time without prior notification. The employees were outraged by the irresponsibility of that action and spoke out. One employee was quoted as saying,

“We were discussing the situation among ourselves, and nobody could believe that things have gone downhill so far, so fast. I’ve been working for the postal service for twenty-eight years, so I’ve seen them do some crazy things, but I didn’t think it would ever get to the point where they would just close the door in the customers’ faces. Doing something like that used to be unthinkable. We used to give priority to customer service during riots, floods, and Earthquakes! Now they’re thumbing their nose at the public just to pad their bonuses.”

“No one in a position of responsibility could possibly be so unprofessional and clueless through ignorance alone. I think they’re purposely trying to sabotage the postal service to make it easier for them to privatize us. The craft employees are the only thing that’s holding the post office together, and management seems to be doing everything they can on a daily basis to make that harder to do. It’s like trying to do your job with a bunch of bad kids running all over the place and getting into everything. Eric, a person would have to actually come in and see it to understand what I’m saying. I know this is an overused phrase, but in this case it is, REALLY, unbelievable. Management doesn’t care anything about customer service. All they want to do is save money. Then when they get customer complaints, they want to write craft employees up, even though they know that they caused the problem. This district’s management has become a liability to the post office – and I want you to write that.”

Well, believe it or not, since I reported the employee comments above, the employees from Wagner Station (on Century Blvd. and Van Ness in West Los Angeles) contacted me saying that they were not only in complete agreement with the above comments, but they had further evidence of their validity. They indicated that at their station management has removed all of the postal collection boxes from in front of the post office, leaving only one box for customer convenience – and that one is from FedEx.

Even though I had five independent confirmations of the report, the action they reported was so incredibility stupid that I drove thirty-three miles from Covina to Los Angeles to see it for my self and take the picture that’s at the top of my website. The decision to remove all postal collections boxes then leave only a FedEx box in front of the post office is the equivalent of Sears trying to save their business by advertise for Bullocks.

How can the postal service even hope to remain viable with decision makers like this at the top of the food chain? While these people can’t afford to provide simple customer services, they can afford to allow former Postmaster Potter to walked out the door with $5.5 million.  There’s something terribly wrong with that picture. Congress needs to mount an honest and thorough investigation of postal operations from top to bottom, and if  congress doesn’t take the initiative on their own, the American people needs to force the issue.  The United States Constitution speaks of creating a postal service to serve the people, not to make incompetent bureaucrats rich.  Why should a bureaucrat get a bonus in the first place?  Most of them aren’t even earning their base salary, and a thorough investigation would show that many of them belong in jail.

The employees indicated that the decision was ostensively made because people were sticking objects into the lip of the boxes and pulling out mail. But what that actually indicates is that they’re trying to save money again at the expense of customer service. If they would simply spend the few dollars that it would take to collect the boxes in a timely manner vandals wouldn’t be able to reach the mail. Or an alternative would be to install long-lip boxes like the ones they use for customers to access the boxes from their cars. But this unbelievable decision clearly points out once again that the people who are currently running the postal service are neither thinkers, nor are they the least bit interested in customer service. They simply saw this as an opportunity to save a dollar – even though their actions advertise FedEx as a more efficient and reliable way to move the mail.

But management’s poor judgement is having an even more profound impact on the postal service’s decline in the area of employee morale. In order for the postal service to survive it’s going to be necessary for each and every employee to go beyond giving 100%; they’re going to have to give 110%. But current management has no chance of making that happen, because the employees not only have no respect or confidence in them, but they absolutely detest them – and that goes from station managers down to the most junior people in the chain of command. I see evidence of that every time they have a telecom. Whenever they have a telecom I’m told what was discussed within five minutes of their getting off the phone. One manager told me that the thought of her CSO getting credit for her efforts makes her nauseous. The employees feel no loyalty to these people whatsoever, and that’s a sure sign of bad management.

And many African-American employees are particularly resentful. Their anger goes much deeper than simply irrate employees resenting their boss. Their resentment is cultural in nature. In fact, resentment isn’t the proper word for the feelings they’re voicing – in their case the word “hatred” is more appropriate. I’ve been saving their email to a file, and I’m going to be publishing their remarks in the very near future.

“It reminds me of what it must have been like during slavery. The slave master is sittin’ up in the big house, and tellin’ these turncoat overseers to just get the work done, and they don’t care how they do it. Then they start grinin’, and bowin’, and sayin’ ‘Yes sir, Massa. Yes sir.’ It makes me sick to think how hard we fought during the sixties to give some of these turncoats a chance to hold these positions. Now they’re walking around tryin’ to look down they’re nose at us – especially Anderson and the one they call Tyrone the Tyrant. I ain’t never met him, but I can’t even sleep at night thinking about some of the things I’ve heard about him. It just makes me sick.”

On the other hand, here’s what FedEx has to say:

“It’s clear that at FedEx, innovation is in our DNA. All employees are tasked with innovation as part of their day-to-day job. But there’s one group focused solely on developing future game-changing ideas: . . . FedEx Innovation is a cross-discipline team aimed at identifying emerging customer needs and technologies to change what’s possible through innovative solutions and businesses. The team systematically researches and demonstrates bold new concepts in key opportunity spaces and develops the best concepts with accelerated prototyping, incubation, and commercialization. Long-range goals to increase revenue and drive strategic advantage are supported through fostering a leading-edge innovation culture, methods, and thinking throughout FedEx and its international network of alliances and customers.”

So yes, the postal service has serious problems on its hands – and money is the least of them. Their biggest problem is that they’ve lost all respect from their employees because they’ve tried to replace intelligent and innovative thinking with harassment, cooking the books, and defrauding their workers.  Now they have a Tea Party brewing within their ranks. And since they no longer have anyone left with either the intelligence, foresight, or common sense to address the issue, it’s about to explode in their face. You can mark my word on that.

In my next article, a possible solution to the problem.