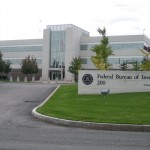 The Committee to Stop FBI Repression urges supporters to contact U.S. Attorney Patrick Fitzgerald and condemn the use of the grand jury to repress the anti-war and solidarity movements. Call Patrick J. Fitzgerald at 312-353-5300.

Chicago, IL -The FBI has informed a lawyer from the National Lawyers Guild (NLG) that at least three new subpoenas to appear before a Grand Jury have been delivered in the Chicago area.

Attorney Jim Fennerty confirmed that FBI agent Robert Parker informed him just before 1:00 pm that the subpoenas were being delivered at that moment.

For more information on the case: www.stopfbi.net and the Committee to Stop FBI Oppression. Tell President Obama, Attorney General Holder, DOJ Inspector General Fine, the Senate and House Judiciary Committees, Congressional Leaders, U.N. Secy Gen Ban, and members of the media to STOP THE FBI CAMPAIGN OF REPRESSION AGAINST ANTI-WAR AND INTERNATIONAL SOLIDARITY ACTIVISTS NOW! Initiated by the Committee to Stop FBI Repression.

This is a continuation of the assault on the anti-war movement that began on September 24th. This case began with 14 subpoenas delivered to anti-war, labor and solidarity activists in coordinated raids that swept the Midwest, involving scores of federal agents.

The December 3 subpoenas mean that three additional people are being called to appear in front of the Grand Jury.

“The FBI is continuing their campaign to intimidate the movement,” stated Joe Iosbaker of the national Committee to Stop FBI Repression. Iosbaker was one of those raided and subpoenaed in September.

Fennerty is one of the lead NLG attorneys from the legal team for the activists. According to Fennerty, “The new subpoenas are summoning people for grand jury dates. At least one of the three has been told to appear before the grand jury Tuesday, January 25th, in the Dirksen Federal Building in Chicago.”

Three of the original 14 are awaiting new grand jury court dates as well. Iosbaker explained, “If the three women who have been called back – Sara Martin, Tracy Molm and Anh Pham – refuse to take part in the fishing expedition carried on by the U.S. Attorney, they can expect to be cited for contempt and jailed for the life of the grand jury.”

The Committee to Stop FBI Repression urges supporters to contact U.S. Attorney Patrick Fitzgerald and condemn the use of the grand jury to repress the anti-war and solidarity movements. Call Patrick J. Fitzgerald at 312-353-5300.

For more information on the case: www.stopfbi.net

The following Open Letter from Professors and Academics was initiated by Students for a Democratic Society.

As you may know, on Friday, September 24, 2010, the FBI raided seven houses and an office in Chicago and Minneapolis, serving subpoenas to 14 anti-war and international solidarity activists from Minneapolis and Chicago to appear before a Grand Jury.

The raids were coordinated nationally, and many other activists have been visited and personally threatened by the FBI, in states such as Wisconsin, North Carolina, and California. These activists are being investigated under a law commonly referred to as ‘Material Support of Terrorism’. It is being used to intimidate these and other activists, unconstitutionally limiting the ability to criticize the foreign policies of the Federal Government. More information can be found at www.stopfbi.net.

This is a dangerous attack on the constitutional rights of free speech of every social justice, antiwar and human rights activist and organization in the U.S. today. Dissent, whether or not we agree with the views of those involved, is an important part of any democracy. This is especially true in one such as ours which claims to value the rights of the individual. One must have the freedom to criticize if one is to be free. Any incursion upon this freedom is dangerous to us all.

This suppression of civil liberties is aimed at anti-war activists, trade unionists, and those who dedicate their time and energy to supporting the struggles of the Palestinian and Colombian peoples against U.S. funded occupation and war. The activists are involved with many groups, including: the Twin Cities Anti-War Committee, the Palestine Solidarity Group, the Colombia Action Network, Students for a Democratic Society, and Freedom Road Socialist Organization. This is a dangerous national effort to shut down growing opposition to U.S. wars. It cannot be allowed.

The FBI and the U.S. government must end this campaign of intimidation against anti-war and international solidarity activists. I am outraged at this disrespect of democratic rights. I ask that you support the call to:

As members of the academic community, many look to your leadership on these and other issues in our society. Please consider adding your name to the list of academics opposing the raids and grand jury; writing your Representatives in Government; donating money for legal defense; holding events in your community; and writing articles to the media to support these activists who care so much about the world we live in.