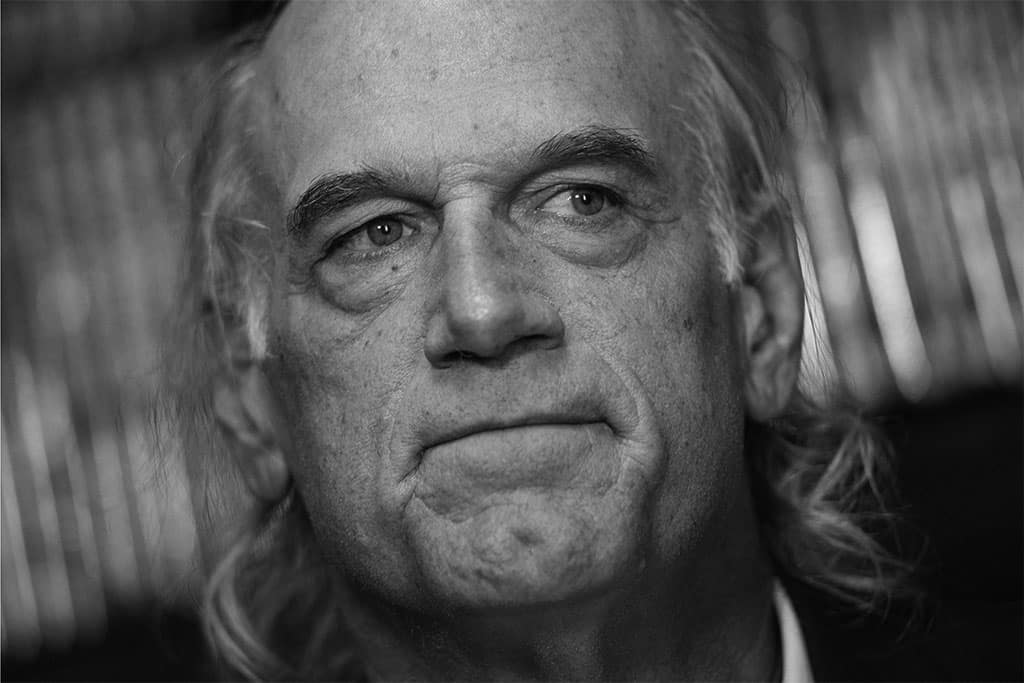 Confirmed sources in the Nigerian government tell us, in order to keep former Vice President Cheney out of prison for crimes involving Nigeria, $500,000,000 in bribes have been promised, negotiated by former President George H.W. Bush.   Now, only a day later, Cheney faces possible charges, so many charges they can only be imagined, for planning the Pentagon attack on 9/11.

TV host, Jesse Ventura, former Navy Seal, former Governor of Minnesota, on a one hour documentary on prime-time American television, makes an open and shut criminal case tying Cheney, Rumsfeld, and officials throughout the US government with complicity in the planning, execution and subsequent cover-up of the 9/11 attack on the Pentagon.

According to experts on 9/11, engineers, pilots, intelligence officers and members of our military, Jesse Ventura “hit the nail on the head.”  Ventura, using evidence developed over 9 years by hundreds of individuals, outlines the utter impossibility of the government’s cover story on 9/11 and systematically debunks it using testimony and scientific evidence.

Ventura cites, in an interview with a 9/11 commissioner, a possible motive for the Pentagon attack being included with the attacks on the World Trade Center.  $2,300,000,000,000, yes 2.3 trillion US dollars had disappeared, cited only the day before in a televised statement by Secretary Rumsfeld, money “gone missing” from the Pentagon’s accounting.  The area of the Pentagon hit by a missile or destroyed by explosives or both contained all records of this missing money.

NO PLANE, NO WAY, NOT EVEN CLOSE

Ventura proves, beyond any doubt that no airplane ever hit the Pentagon.  As the video shows, not even a highly trained airline pilot was capable of the maneuvers claimed.  Long before, it had been proven that the 757 was incapable of the task, either the maneuvers or the speed and trajectory.  The plane would have come apart, there is no disagreement with this and hasn’t been for some time, yet nothing had been done.  Why?

It is also clearly shown that there is absolutely no evidence of any kind showing a plane hit the Pentagon, no wreckage, no bodies, no luggage.  Items claimed to have been taken to Dover Air Force Base, bodies, plane parts, were never at the Pentagon as both video and testimony prove.

There is also proof that the government threatened witnesses, telling them to support the “aircraft scenario.”

NO MUSLIMS, NO HIJACKERS, NO BOX CUTTERS, ALL PROVEN LIES FINALLY

The basis for the conspiracy theory regarding Muslim hijackers with box cutters was based on supposed phone calls made by Barbara Olson, wife of Bush Solicitor General.  Solicitor General Olson claimed he talked to his wife on a cell phone, spoke with her at length, while she described the hijackings as now dramatized by Hollywood.  When it was proven that a cell phone is incapable of making such calls, Olson claimed it was a “seat back phone.”  When it was proven that there were no seat back phones on American Airlines 757 aircraft, nothing further was asked.

Then investigations show he received one call, lasting “0” seconds.  Ventura questions as to whether Olson was duped or complicit?  Should he be arrested too?  Was his wife, Barbara, ever really on the plane?

Then Ventura looks into the flight itself.  Not only was the flight recorder “dead” but during the flight itself, the transponder was turned off.  Even more suspicious, the plane disappeared from the radar for 28 minutes.

There is no discussion of this 28 minutes, but speculation, perhaps no longer speculation, has long been that the flight landed.  As to what happened then, we cannot guess, or can we.  One of my friends, a former Pentagon official, had a friend on that aircraft.  Not long ago, he asked me.

“Gordon, what do you think happened to him, do you think he was executed?  Bullet in the brain as they stepped off the plane or something even worse?”

Ventura didn’t go there.  None of us want to.  It requires visualizing a scene out of Auschwitz.

Can Americans be so brutal, so devious, so traitorous?  It isn’t just Jesse Ventura that is willing to risk his life to bring it out, Fox News journalist Geraldo Rivera, several weeks ago, debunked the Building 7 collapse at the World Trade Center as “controlled demolition.”

9/11 COMMISSION DUPED, ADMITS THERE WAS NO REAL INVESTIGATION AT ALL

Commission video’s redacted to remove testimony by the Secretary of Transportation, transcripts altered, witnesses blocked, evidence, tons of evidence of government conspiracy withheld, this is the case against the government.  Threats, intimidation, going on for years, this is proven.  Were there more than threats, murders, “heart attacks” or threats against families?  Ventura proves the Pentagon was a government conspiracy, he “names names.”  Geraldo makes any other explanation for Building 7 other than “controlled demolition” pure insanity.

IGNORING EVIDENCE, PROOF OF DICTATORSHIP OR ARE ARRESTS PLANNED?

It isn’t as though the evidence presented by Governor Ventura and Geraldo Rivera or even the other stories, Judge Napolitano’s revelations of knowledge of the attacks as early as 1999, was new.  All has been known, all highly credible and all systematically ignored, attacked by the press, suppressed by courts, officials at every level.

9/11 and the recent revelations aren’t proof of a conspiracy by 2 men or Israel.  It is proof that there never was an Al Qaeda and that the deaths, two wars, the 9/11 deaths and the carnage across the world wrought by the United States were part of a criminal conspiracy, one that could only be perpetrated by a dictatorship under the guise of representative democracy.

Everything we have seen, and millions around the world have watched, nobody can ignore it anymore, it all says that what has happened is something no American would allow, not if this still were America.  Jesse Ventura proved something startling to most, suspected by some.  He proved that, at some point in our past, 10 years, more, we don’t know, our government was overthrown.

The strongest and most vocal opponent of a new 9/11 investigation is Julian Assange of Wikileaks.  If any individual outside the US government were to be named as most complicit in a 9/11 cover-up, it would be Julian Assange.

Everything since then, certainly 9/11 and now, the news about Iran and, especially Wikileaks, all subterfuge.  When former National Security Advisor Zbigniew Brzezinski cited Wikileaks on a PBS interview, televised nationally, that Wikileaks was the word of an intelligence agency, Israel never reported it or responded.  Instead, they attributed Brzezinski’s quote to me:

“Speaking to Haaretz, Duff added that ‘it sticks out like a sore thumb that WikiLeaks is obviously concocted by an intelligence agency.'”

This is what Brzezinski told Judy Woodruff of PBS:

The real issue is, who is feeding Wikipedia on this issue — Wiki — Wiki — WikiLeaks on this issue? They’re getting a lot of information which seems trivial, inconsequential, but some of it seems surprisingly pointed. …The very pointed references to Arab leaders could have as their objective undermining their political credibility at home, because this kind of public identification of their hostility towards Iran could actually play against them at home.

It’s, rather, a question of whether WikiLeaks are being manipulated by interested parties that want to either complicate our relationship with other governments or want to undermine some governments because some of these items that are being emphasized and have surfaced are very pointed.

Barak Obama ran for president on a platform based on justice, ending the wars and bringing accountability to the government after 8 years of scandals, deceit and what can only be called “hooliganism and piracy.”  Instead, he has done nothing, the wars continue, drugs are flowing from Afghanistan even faster than before, 9/11 evidence, now overwhelming and impossible to ignore is still ignored.

Americans looking for reform wonder if Bush left at all.  Those complicit are, though few admit it, disturbed by seeing America led by an African American.  The visible public face on the very well-financed attacks on President Obama is all very much based on race hatred.  This has long been the most effective tool for keeping Americans divided and compliant.  How else could a major political movement be successful supporting the least popular and least successful policies in American history?

Who would want a return to policies enacted by the least successful president in American history, George W. Bush, who left the office with an approval record listed at 22%.  Many would find a number lower, even half, more credible.  President Clinton, after surviving impeachment for lying about sexual misconduct, left the office with 68% approval.  Thus, we connect the dots and wake up one morning, informed, enraged and utterly powerless.

Even though the assaults on President Obama, many financed by the Koch brothers,  tied to ultra-nationalists in Israel, whether there was a real change of government is not clear.  As Jesse Ventura pointed out, while Vice President Dick Cheney was getting reports of a plane approaching the Pentagon, seemingly even orchestrating the attack himself, President Bush was in Florida reading to school children.  Two years of Obama have been similar, too similar.

What can we assume from this?  Is, in fact, the President of the United States no longer Commander in Chief?  Did our government hand itself over to “shadow” rule with Bush or did it happen earlier, after President Reagan’s dementia made him unable to manage the cabal that surrounded him?  How long have we been operating under no Constitution at all?

TOP US SPY REMOVED AFTER THREATS

What is “their” message?  Certainly not “never again.”  In fact, we know that “again” is just around the corner, an Iran war with or without a new 9/11, planned and executed by the same folks, older, not wiser and certainly more pathologically insane and murderous.

..and we continue to allow it.