This was sent to Veterans Today from Iraq Veterans Against the War (IVAW). Posted on behalf of IVAW by

Is it any surprise that last week’s White House progress report on Afghanistan showed little ‘progress’ at all? 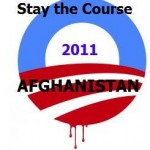 Sure, there have been a few tactical military ‘successes,’ but these have been overshadowed by significantly larger negative trends:

The larger story here is that the Afghan war strategy is a complete failure.

And those in Washington lack the political will to do anything about it.

To IVAW though, this is about more than just politics.

As veterans and service members, this is about our lives, our health and well-being, and that of Afghan civilians.

We are the ones whose lives are on the line in Afghanistan every day, and we are challenging the political status quo to say enough is enough.

Will you stand with us?

Your year-end donation will support our important work to end the stay-the-course Afghanistan policy that prevails in Washington. 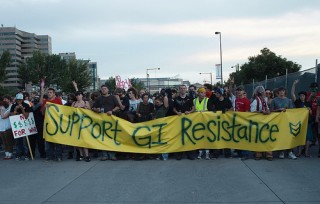 IVAW has learned that beginning in January, 23,000 troops from ten different military bases will be dispatched to Afghanistan to replace troops finishing up their deployment cycles.

For some of these troops – like the 1st Cavalry Division’s Air Cavalry Brigade and Headquarters Company leaving from Fort Hood, TX – this will be their fourth combat deployment. 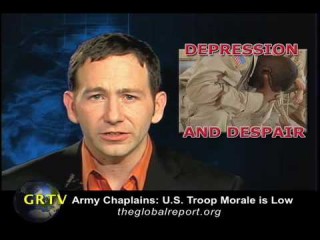 So this is what the ‘stay the course’ political policy means for us – more deployments for troops who are already suffering from war trauma, more casualties, and more broken families.

That is why IVAW will be starting our GI resistance outreach drive to all affected military bases in February.

With your help, we will send outreach teams to the ten military bases that are sending troops to Afghanistan and talk to soldiers and military families about:

– the problems of multiple deployments,

– dialogue about their views on whether the Afghanistan mission is worthwhile,

– and bring them into our Operation Recovery campaign to stop the deployment of traumatized troops.

Your financial contribution today will help sustain these outreach efforts to those preparing to deploy.

It is heartening to know that many Americans see that this war is not worth us risking our lives and the lives of Afghan civilians.  But it is time to translate this belief into action.

Join us in building a GI resistance movement that can stop the Pentagon in its tracks and end the occupation of Afghanistan by making a year-end gift right now.

Your donation will make all the difference in helping us sustain our work in the New Year.

Afghanistan Veterans Against the War committee*

* IVAW’s Afghanistan Veterans Against the War committee was formed in 2010 to provide a platform for our Afghanistan veteran members to speak to their unique experience.

VETERANS TODAY EDITORIAL COMMENT: Over a year ago (Sep-Oct 2009) the Army had to do some quick damage control when Col. David Haight, of the 10th Mountain Division’s 3rd Brigade Combat team, sent the letter to the 3,500 men and women after two of them were killed in combat and his chaplains reported that many were disillusioned about the war. Colonel Haight said he wrote the letter after a request by Capt. Jeffery Masengale, a chaplain who told British newspaper The Times that many soldiers worried their mission was pointless and the Afghans reluctant to help them.

SOURCES: See theglobalreport.org for the video interview that highlighted chaplain concerns about depression and despair that forced an Army Field Commander to write a letter to 3,500 men and women under his command telling them what the chaplain(s) meant to say was…See also the ABC News report of Army damage control in the article Commander’s Letter Tackles Troops’ Morale in Afghanistan: The Letter Was Sent After Chaplains Reported Soldiers’ Disillusionment About the War ALSO Commander’s letter tackles troops’ morale in Afghanistan in USAToday

These reports were way back in Oct 2009, but I personally believe that given the growing problems of multiple deployments, the need for the Army to do damage control (rest assured this chaplain or any other talking to the media without being screened on what to say (propaganda) most likely was not promoted or worse. Despite the Pentagon and field commanders’ genuine attempts at damage control, I seriously believe that troops morale remains very low or lower than 2009, except any one [this includes Military Chaplains] who is involved in the treating or counseling our troops with depression and despair [PTSD] due to multiple deployments is NOW monitored and not allowed to express what they observe publicly.

I would assess that part of said Army damage control including briefing Army Chaplains on what they could and could not say publicly that may place the Army or the war effort in a negative light.