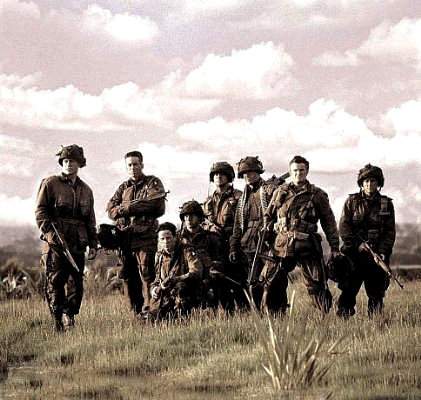 Eight more Vietnam and Iraq veterans, all with PTSD, faced  their fears and not only opened their hearts but found and began to heal themselves in only eight weeks : Allen L Roland

The first meeting of the Healing The Wounded Heart Veterans Workshop #3 was held on October 14, 2010 at 11 AM in Yountville, California

They had never met me but they had been told about me, by their adjustment counselor Sal, and were prepared for an eight week commitment to face their fears and open their hearts in the process. They knew I was a former active duty Naval aviator and that made a big difference.

All of them had some symptoms of PTSD and even TBI but all had the common symptom of a closed heart and the inability to love and receive love ~ mainly because of deep unworthiness issues that originally started in childhood and were reinforced through their military experience.

The group included two African Americans as well as a three tour female Iraq veteran ~ who used the acceptance and love of this group to find her voice and re-claim her intention and power.

I told them that this was an action based workshop and if they did their homework they would reach a place of not only another choice but would open their closed hearts in the process. They would also begin to see through different eyes ~ eyes unclouded by fear, resentment and unworthiness.  I also explained through my Cycle Of Life chart how psychic pain will override Joy to the extent that most people have no idea that beneath their deepest pain and aloneness is love, joy and connectedness ~ the Unified Field .

After each session ~ part of their homework was to read each session in my book RADICAL THERAPY / SURRENDER TO LOVE AND HEAL YOURSELF IN SEVEN SESSIONS ( NOT SEVEN YEARS ) which reinforced the previous group session.

Of course, that first session I shared my own heart’s journey to find a lost and alone little boy within myself who not only wanted to fly, and became a Navy Fighter pilot, but also to love as deeply as I loved my beloved grandfather before I was torn away from him at six years old. We briefly talked about the war and all of them briefly shared their heart’s journey and by the end of two hours ~ they began to feel a sense of commonality.  Their homework was to produce a life chart of the path of their individual heart’s journey ~ which they would share with the group over the next two sessions.

James felt that initially sharing my life chart with the group was very empowering ~  “ Openly sharing of yourself is commendable and becoming one of us was relaxing and rewarding.”

The second session, a week later, they all began to share a childhood picture of themselves as well as share their life charts with the group describing their individual journeys to find love and acceptance as well as themselves. We briefly discussed their war experience but they quickly realized their deeper commonality ~   in that their lives had all been a quest to find meaning and that all of their love relationships had significant meaning regardless of how they turned out. They were already a band of brothers on a common inner journey of the heart.

Percy felt that this was the most enjoyable aspect of the workshop ~ “ I really enjoyed my band of brothers and sister ~ We got to know and really understand each other.”

After sharing their individual life charts two weeks later, they did the Victim /Accountability exercise and had the chance to feel the lightness of being accountable versus the heaviness of being a victim. Their homework was to take the people they had resentment towards off the hook and realize that many of them they had deeply loved and were really gifts in their lives.

They were now a band of brothers on a common journey to find themselves.

The fourth session they met the child within by means of a powerful guided visualization. Every one of them saw that long lost innocent child who told them what they needed to do to fully embrace him/her in their lives now. Their faces literally changed and became younger as they made that inner connection ~ it was like long dormant flowers suddenly blooming. I was moved almost to tears to see these Veterans suddenly claim their joy and innocence after years of self doubt and despair.

The inner message to each of them was emphatic and real ~ “ Let me in, Fully live your life, be courageous, Play with me, Stop worrying about things, Stop hurting so much, Listen to yourself and Love yourself ”

Their homework was to give that child a voice and hang out with him or her.

The Fifth session, one week later, was all about gratefulness and thanking the people who have been there for them their whole life ~ with the help of a guided visualization. Many of them had virtually not thanked anyone and certainly not themselves.

By now the Band of Brothers were inspiring each other on their common journey through fear ~ they were beyond the point of no return. Their homework was to thank at least 25 people who had touched them before the next session. We still hadn’t dwelled on the war for there was no need to. They were already healing themselves by taking responsibility for love and sharing gratitude with others.

Most of them enjoyed the element of the unknown that they were continually coming face to face with in these sessions, especially Percy who felt the workshop greatly improved the quality of his life ~ “My life has changed  for the better, I really look at life, my life in a new way. I feel that the pain will stop as long as I continue to believe in myself. I will never say no to myself again.”

The seventh session, one week later, reinforced that we are continually being called from within to the path of the heart, but few listen and fewer still respond. It is in this session that they understand that they have all been called to the inner journey of the soul (through Love) versus the outer journey of the ego ( through Fear ). This session ended with a visualization exercise in which they realize that the most precious gift they have always wanted is themselves ~ free from being controlled by fear.

For Larry, this was the most meaningful aspect of the workshop ~ “ I lost the fear of facing my worst fears and dealing with them ~ and not letting them stand in the way of my happiness. “  To Percy, it was the same ~ “ I overcame the thought of failing and that I was not good enough. That is not true, I am good enough! “ For Ted, he felt encouraged ~ “ My vision is clearer “. James comments echoed the groups general feeling ~ “ I am able to communicate my deepest feelings more openly .“

The Homework as well as ongoing homework was to share the gift of themselves with others but in the spirit of celebration ~ not deprivation.

It was in that same spirit of celebration that we had our Eighth and final session where everyone acknowledged each others common journey through fear to the joy, love and light beneath. The resultant change in their demeanors was breathtaking.  As Sal said, “ The most meaningful aspect of the workshop was the powerful session eight of integration and celebration where each participant received honest and heartfelt feedback from each other ~ I am overjoyed by witnessing the transformation of each participant”

Session #8 was especially moving for myself ~ for all of them, especially Jamie, were not only seeing and speaking through their hearts but were seeing the beauty in each one of their band of brothers.

I was also humbled by this experience and validation of my empowering work as well as the receptivity of these veterans who obviously longed to be seen from the heart and not through eyes of fear.  I literally saw a light go on within each one of them when they took responsibility for love instead of running away from it.

They all had been trained many years ago to kill and I, in essence, jump started their hearts by re-training them to love and they began to heal themselves in the process by realizing that they indeed had another choice. There is no change without action and action always involves risk. The greatest risk is the full and honest expression of your deepest feelings and all of them had taken an important self healing step on that inner journey.

And we never concentrated on the war for the real war had been waged within themselves ~ and they were now victorious.

Band of Brothers #4 will start on January 13, 2011 and all the participants of #1, #2 and #3 will be there to briefly share their experience and offer support to their new brothers and sisters.

The beat goes on, the Band of Brothers continues to grow ~ and I, in turn, continue to be deeply moved by the most spiritually satisfying work of my life.