Home Veterans The Enemy Within 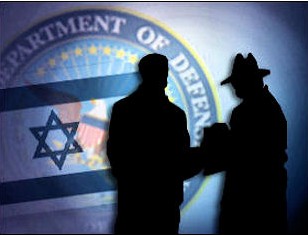 The phrase “enemy within” brings to mind the image of a shadowy spy stealing military secrets. That was the case for Israeli master spy Jonathan Pollard jailed for 1980s espionage that compromised U.S. Cold War strategy.

That phrase also describes those involved in a form of psy-ops that is not easily detected because it operates so brazenly. For instance, the well-timed release of diplomatic cables by WikiLeaks displaced reports of Israeli obstinacy in peace talks with reports of a need for war with Iran.

That operation relied on editors at four major newspapers chosen by WikiLeaks to manage the releases. Despite the delight at their impact voiced by Israeli Prime Minister Benjamin Netanyahu, mainstream media failed to mention the possibility of undisclosed bias by those who chose what to release and when.

The bias of The New York Times is well known. Less clear is the role of Ian Katz, Deputy Editor at The Guardian (London) and Executive Editor Sylvie Kauffman at Le Monde in Paris. The geopolitical success of the WikiLeaks operation suggests an enemy within.

Israeli duplicity often operates through what U.S. Defense Secretary Robert Gates describes as “the people in between.” When waging unconventional warfare, those people are the most dangerous combatants, particularly those operatives in mainstream media.

The People in Between

For systems of governance reliant on informed consent, nothing could be more perilous. The “people in between” routinely target media—freedom’s greatest vulnerability—as a means for displacing facts with what a targeted populace can be deceived to believe.

How old is this duplicity? How long have false beliefs been used to manipulate behavior? Modern technology—particularly media—enables deception on a global scale. Between the American populace and the facts they require to protect their freedom—that’s where this enemy within imbeds its operatives.

The false intelligence claiming Iraqi WMD was a people-in-between operation. Judith Miller at The New York Times fed us a steady diet of front-page news that we now know was fixed around Israeli goals promoted by Ahmad Chalabi, a London-based Iraqi expatriate who, like Israel, sought regime change in Iraq.

Pentagon insider Richard Perle developed Chalabi over two decades. A Jewish Zionist, Perle has long been a strategically well-placed “person in between.” Miller left The Times and joined Fox News and then Newsmax.

Yet the impact of complicit media pales in comparison to the enemy within that brought the U.S. economy to its knees and undermined national security at its financial core.

The most devastating in this chronicle of enemies is the most difficult to see. As with other “in between” operations, this too succeeds by displacing facts with false beliefs. Only in this case, those beliefs were imbedded in education and over decades worked their way into law.

Known as the “Washington Consensus,” this widely shared perspective shapes economic policy worldwide. At the heart of this generally accepted truth is found the belief that money should be accountable only to itself.

In this mindset, financial freedom is an article of faith. Instead of the civil rights refrain, “Let my people go,” its proponents insist: “Let my money go.” Allow money the freedom to work its will worldwide and everything will work out fine.

That shared belief works “in between” in the same way that Jonathan Pollard undermined national security, WikiLeaks shifted attention to Iran and Judith Miller induced us to war in Iraq. Only in this case a false belief has been so thoroughly internalized that it’s difficult to see because this shared mindset has become that with which we have been educated do our seeing.

The World Bank and the International Monetary Fund are the primary apostles of this consensus faith. The World Trade Organization (WTO) now seeks to take this belief to global scale by enforcing unrestricted free trade not only in goods and services but also financial capital.

That ‘self’ traces its origins to an internalized mindset in which financial freedom serves, by consensus, as a proxy for personal freedom. That mindset was decades in the making.

This modern-day Mindset Warfare is being waged by an enemy that is truly within. Fast globalizing financial forces now induce us to freely embrace the very forces that undermine our freedom.

By waging war on us from the inside out, the originators of this money-myopic mindset dismantled the U.S. economy, enabled vast financial pillaging and induced us to fiscal ruin.

Those wielding this weaponry operate from our internal shadows as the Zionist entity within.

Jeff Gates is author of Guilt By Association – How Deception and Self-Deceit Took America to War. See www.criminalstate.com