Home Veterans Ending the homeless Veteran problem, as we know it 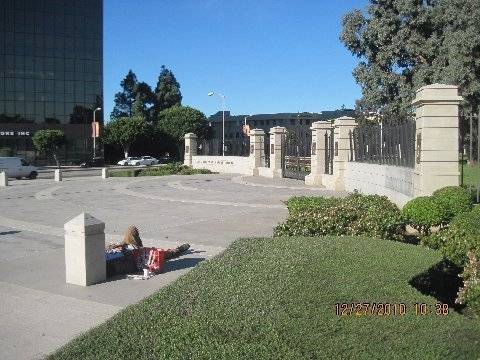 After nearly three years of battling VA bureaucrats, a wealthy homeowner group, and complicit politicians over the abuse and misappropriation of Veterans property, the Veterans Revolution has fundamentally brought an end to the “homeless Veteran” problem, as we know it in Los Angeles County.

That’s right! This shameful exploitation of “homeless Veterans” will finally cease because the Old Veterans Guard solved this problem by accurately identifying the problem, and they did it without wasting billions of dollars.

In brief, the term “homeless Veteran” in Los Angeles County is a complete fabrication and a misnomer. That’s because Veterans have always had a legal “Home” that is exclusively protected by an 1887 Act of Congress and the Land Grant Deed of 1888.

But how does that “end” the homeless Veteran problem if they are still not allowed to live in their legally deeded National Veterans Home?  Unfortunately, there will continue to be thousands of Veterans living alone and hungry in back-alley squalor while struggling to survive on the dangerous streets of Los Angeles.

However, the difference is they will no longer be called “homeless Veterans.”  Instead, they will hereafter be correctly and officially referred to as “Exiled Veterans.”

Here are the cold, hard facts: In a traitorous act of neglect and defiance, the public servants who were entrusted to protect the National Home as a safe refuge for Veterans to heal from war, have systematically misappropriated and desecrated this sacred property through backroom deal-making and cronyism to satisfy special-interest “wants,” which have always come at the painful expense of Veterans’ “needs.”  As a result, Veterans who are without proper and promised shelter have been persecuted, ostracized and illegally evicted from their rightful Home and forced to live in exile as third-class citizens.

Know this: The Veterans Revolution will continue to march forward to permanently end one of the most heinous crimes ever perpetrated on American soil. These unforgivable crimes were initiated and executed through our own U.S. Government along with elected politicians as they displaced more than 20,000 men and women who had selflessly and patriotically defended the United States of America by forcing them out of their rightful Home. They further facilitated special-interest non-Veteran groups to seize these hallowed grounds for their own selfish benefit and personal gain.

The end is near as supporters of the Veterans Revolution demand a full Congressional Investigation into this terrible national disgrace and the full prosecution of those who aided and abetted in these dastardly crimes against America’s Military Veterans.

– Rosebrock is a Vietnam-era Veteran and Director of the Old Veterans Guard and the Veterans Revolution. Veterans and Friends of Veterans are invited to join the Sunday Rallies (145 consecutive Sundays) at 1:00 – 4:00 PM, Northeast corner of Wilshire & San Vicente Boulevards, West of the 405 Freeway, adjacent to Brentwood. –