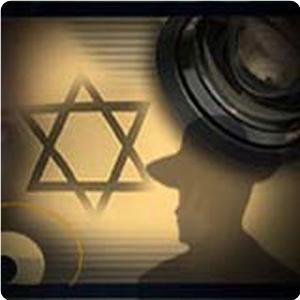 The explosion at a church in the Egyptian city of Alexandria, which left 21 people killed and another 80 Muslims and Christians wounded, raises one question: Who was behind the blast?

Although, at first glance, the finger is pointed at extremist Wahabi or Salafi groups, it goes without saying that no Muslim, whatever their political leanings may be, will ever commit such an inhumane act.

Attacks on churches in Egypt, Lebanon, Iraq and Tunisia can be analyzed in the context of a Zionist scenario aimed at driving a wedge between Muslims and Arab Christians.

Since the emergence of Islam, Muslims and Christians in the East have always coexisted peacefully as Islam pays due respect to the freedom of divine faiths — especially Christianity. 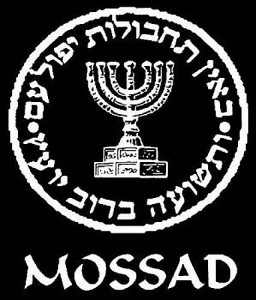 In Egypt, too, Muslims and Christians are living in peace and harmony. Never, ever have the Christians in Egypt complained of any problems keeping them from carrying out their religious duties.

The fresh plot by terrorists to target churches is an organized Zionist scenario aimed at creating a rift between Muslims and Christians.

Following its intelligence and security failures in Egypt and the apprehension of a number of Mossad agents by Egyptian intelligence apparatus, the Zionist regime of Israel is set to exact vengeance on the Egyptian nation.

For years, Israel and the United States have resorted to radical groups with no affiliation to divine faiths to carry out acts of terror against Christians in Islamic countries.

Based on this scenario, the Israeli regime urges deviant anti-religion groups to conduct terrorist operations against Christians.

Such a process will create a chasm between Christians and Muslims, which, in turn, usually tends to reinforce the desire among Christians to establish an independent government and steer clear of the central government.

Political experts believe that the U.S., the Israeli regime and Britain have crafted a long-term joint security program in the Middle East and North Africa to downsize the world of Islam and disintegrate the countries there.

Part of the scenario is to divide Sudan into northern and southern parts, split Egypt into a Christian-populated country and a Muslim-populated one and trigger a new civil strife in Lebanon among Shias and Sunnis.

Therefore, North Africa is now faced with fresh political developments, namely a plebiscite to determine whether or not the north of the country should be separated from the south.

A referendum supervised by the United Nations and the European Union is slated to be held in southern Sudan on January 9 to decide whether or not the region should break away from the central government.

The West, including the United States, is making the preliminary arrangements for the vote, which is a foregone conclusion as people in south Sudan backed by Washington and the EU are sure to give a strong ‘yes’ to autonomy.

The establishment of a non-Arab Christian government in the heart of Islamic Sudan will result in the Israeli regime infiltrating into the east bank of the river Nile, only to be a pain in the neck for Muslim nations in North Africa.

After south Sudan is separated from the north, the Israeli regime will, thanks to its physical presence on the ground, take control of the water flow in the river and hold the 11 countries on both sides of the Nile to political ransom.

Leaders in south of the African country had already announced they would establish broad political relations with Tel Aviv once they break away from the north.

Another scenario on the West’s agenda is to lay the groundwork for the formation of a Coptic government in Upper Nile in Egypt.

Given the peaceful coexistence between Coptic Christians and Muslims in Egypt, it is not possible to turn the former against the latter without first psychologically inciting them.

Suicide attacks on churches in Egypt and the killing of Christians are part of the psychological warfare launched by the US, the UK and Israel to divide Christians and Muslims.

Therefore, the recent scuffles between Muslims and Christians in Naj’ Hammadi region in Qena governorate in southern Egypt as well as the blast at the Alexandria church are a prelude for the dangerous Western-engineered scenario to unfold in one of the key Islamic-Arab nations.

Following last year’s bloody battles in Naj’ Hammadi, over 15,000 Coptic Christians residing in the United States staged a protest rally, calling for Western countries to step in to help them.

Coptic Christians wrote more than 4,000 letters to U.S. President Barack Obama the same day, calling for a halt to what they called “Egyptian Muslims’ crackdown on Christians.”

Such circumstances will undermine the grounds for peaceful coexistence between Egyptian Muslims and Christians, and set the scene for Coptic Christians inside Egypt to change their outward view.

All the existing evidence proves that the Alexandria church explosion, though appearing to have been carried out by extremist groups, is the handiwork of the Israeli intelligence service Mossad.

The fact is lost on no one that the United States, Britain and the Israeli regime have what it takes to provoke ethnic and religious divisions in Islamic nations.

Therefore, if the Egyptian people, Muslims and Christians alike, do not react to Israeli plots, they will unintentionally get involved in a civil war, which could lead to Egypt’s disintegration.