Home World Franklin Lamb: Any Respect for International Law Left in The US Congress? 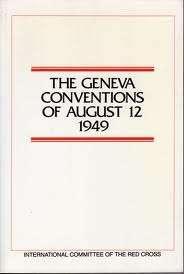 This week marks the second anniversary of among the most savage criminal slaughters of human life in long memory. The 522 hour indiscriminate carnage, “Cast Lead”  that killed 1,417 Palestinians, mostly civilians, 352 of them children, injuring for life more than 5,300 , indicts  Israel as well as those countries that continue to supply it weapons, diplomatic cover and to enforce Israel’s  illegal siege on sealed Gaza.

The US administration, as revealed in a State Department cable posted by Wikileaks, has been working overtime with Israel to parry further condemnation of  Israeli crimes documented in the Richard Goldstone and Richard Falk Reports, among others. These investigations established massive violations of human rights and international law, war crimes, and possible crimes against humanity while refuting claims by Israel that it acted according to the limited international right of self-defense. Goldstone, Falk and others have demonstrated that it was both the victims of Cast Lead and the Mavi Marmara who alone possessed the right of self-defense in light of Israel’s agressions, not Israel.

As Professor Falk instructs us, Israeli actions in both cases:

“Are certainly  acts of aggression under the UN Charter, and an act of war by reference to customary international law. Whenever force is used in situations other than in situation where a proper claim of self-defense is made, the undertaking is unlawful, and if as here, it is an instance of flagrant non-defensive force, the attacker is engaged in criminal conduct and both the offending state and the perpetrators acting on behalf of the should be held responsible, and to the extent international crimes took place, held accountable.”.

Rather than hold Israel to the “single universal human rights standard that applies to every country”, as Hilary Clinton crowed on Human Rights Day during an appearance before the Brookings Institute, the Obama administration claims others have ‘rushed to judgment’ and it has refused to condemn Israel’s  May 31, 2010 murder of an American citizen on the Mavi Marmara humanitarian aid boat, 19 year old Furkan Dogan.

Rushing to judgment and ignoring International law in Congress 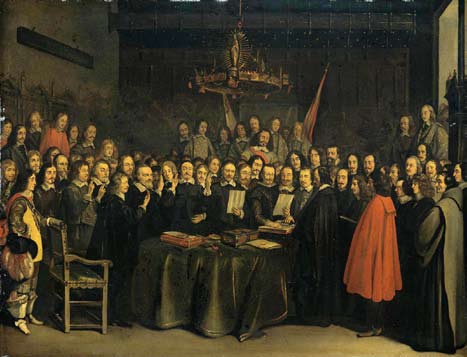 Maybe it requires the moral clarity of 19 year old Layal, and her teen aged friends huddled in a damp, candle lighted, cold subterranean hovel in Shatila Palestinian Refugees camp this New Years in Beirut, to speak the naked truth.  In their make shift ‘classroom’ the teenagers tutor  camp kids  on the three R’s  after  the youngsters double shift ‘short day’ and too early daily dismissal  at  Shatila’s overcrowded and undersupplied and understaffed, UNRWA Ramallah and Hemeh schools.

Wrapped in a woollen shawl for warmth, and discussing a planned commemoration of the second anniversary of the 22 day Gaza Massacre, Layal suddenly blurted out, “you know what?  The Star of David  and Israel’s flag has replaced the Nazi Swastika as today’s symbol of  ethnic cleansing, racism and oppression.” She explained to her colleagues, “ Israel will remain a pariah state as long as its laws and its policies continue to violate the basic human  rights of  Palestinians. Israel has no right to exist as an exclusively Jewish State, any more than Hitler’s Reich had a “right to exist for Aryans only.  We Palestinians will return. Liberty and justice will be achieved. Jews and Arabs can again live together in peace.”

As never before. the international community, increasingly appalled and angered by Israeli crimes is pulling back from supporting or trying to justify Israel’s actions and are shifting attention to the rights of Palestinians to live in their own country, to return from their Nakba  caused refugee “sanctuaries”  in more than 60 countries and to recognize the State of Palestine.  This as some in the international community prepare to  escort Israel before the bar of international justice.

But not in the US Congress which is some ways has become a grotesque  caricature  of what James Madison and the founding fathers wanted and,  perhaps naively, as it has turned out, believed they had created.

As the Israel lobby and the Jerusalem Post have been claiming recently, and even as Israel’s most ardent apologists struggle to justify its actions and Israel’s position becomes increasingly untenable, nearly five dozen senators and over 180 members of the House of Representatives have by now issued statements since Cast Lead and the attack on the humanitarian aid boat the Mavi Marmara. Almost all of them overwhelmingly supportive of Israel while ignoring well established international law.

·    In the Senate, former presidential candidate and Senate Foreign Relations Chairman John Kerry (DMA), who repeatedly claims he wants to reach out to Iran and other Middle East countries said that “Israel has every right in the world to make certain that weapons are not being smuggled into Gaza after the thousands of rockets that have been fired on it. It is not just Israel conducting this blockade; it is Israel and Egypt. So you begin that Israel has this right to protect itself and its claim to a right of self-defense is rock solid.”

·    Senate Majority Leader Harry Reid (D-NV) noted that “Israel has an obligation to protect its citizens and therefore has a clear right under international law to prevent weapons from getting in the hands of terrorists determined to target them. Israel indicated it was willing to put in place a process to ensure that legitimate humanitarian relief reached Gaza. Unfortunately this offer was rejected”

·     Israel has pledged to carry out a transparent and thorough investigation of this incident, and I look forward to its findings.”

·    Senator Joe Lieberman (I-CT) said, “We should be very clear about who is responsible for the unfortunate loss of life in the attempt to break the blockade in Gaza. Hamas and its allies are the responsible parties for the recent violence and the continued difficulties for the people of Gaza. Israel exercised her legitimate right of self-defense.” Lieberman added that  he appreciates “the way in which the Obama administration has refused to join the international herd that has rushed to convict Israel before the facts were known and has apparently forgotten that Israel is a democratic nation and Hamas is a terrorist group.”

·    Senator Scott Brown (R-MA) added that “Israel is at war. Each and every day thousands of its innocent men, women and children face the threat of lethal rocket attack from the terrorists.” “ Israel is not a liability to the United States,” Brown said. “There is no greater US ally in the critical area of the Middle East and perhaps no better strategic partnership in the world.”

·    Majority Leader Steny Hoyer (D-MD) stated, “Israel – rightfully so – invoked its right to self-defense in Gaza and on the Mavi Marmara.”

·    Said Rep. Gary Ackerman (DNY): “I strongly condemn the action of those who assaulted the Israeli troops and made the use of violence by Israeli troops absolutely necessary and justified in self-defense”.

·    Republican whip Eric Cantor (R-VA) noted, “ I commend the administration for its steadfast support of Israel in resisting another Goldstone-style UN investigation. These types of kangaroo courts have one goal, and that is to strip democratic nations of their rights to defend their citizens from terrorism. The United States must not lend its authority to any UN action to discredit our democratic ally and set back prospects for peace in the region, and I hope the Obama administration remains committed to that principle.”

·    New Speaker of the House of Representatives, John Boehner (R-OH) said, “Israel has every right to defend itself against terrorists which threaten its very survival.”

Of course our American problem is  not just our  Congress.
The Israel lobby picked and packed Executive Branch is not much more supportive of American values and international norms. To the shame of the US State Department, its spokesman, Robert Wood sullied and humiliated America when the hapless fellow refused to answer even a simple media question whether the United States considered pasta i.e. macaroni, spaghetti, fettuccini noodles items denied to Palestinians under Israel’s illegal blockade of  Gaza–a “dual-use item.”  The American people are better than this and must demand better from our officials.

Currently, there is only a faint hint that Members of Congress, 83% of whom rely on  Israeli lobby or arms industry political action committee money to keep their seats and sinecures, have the gumption to advocate a U.S. policy, consistent with American notions of substantial justice or which upholds Palestinian rights as defined by the Universal Declaration of Human Rights.