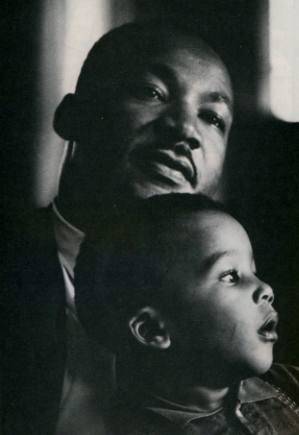 The voice of Martin Luther King will never be silenced because his words resonate with the truth that love and the urge to unite lie deepest within us regardless of our feeble and ignoble attempts to justify preemptive wars and man’s ongoing inhumanity to man: Allen L Roland

The Pentagon sank to a new low this week in their attempt to sell the Afghanistan War to the American people. At their Martin Luther King, Jr., Day observance, a Pentagon official actually claimed that if King were alive today, he might support violence and the ongoing war and occupation of Afghanistan.

This is simply not true.  As shown in this  video, Dr. King could not have been more clear in his 1967 speech denouncing the Vietnam War ~ which most certainly would apply to today’s wars and occupations of Iraq and Afghanistan;

“A true revolution of values will lay hand on the world order and say of war ~  this way of settling differences is not just ~ a nation that continues year after year to spend more money on military defense than on programs of social uplift is approaching spiritual death.”

Here are more of King’s words which still call us to unite and love one another versus destroy each other;

The ultimate weakness of violence
is that it is a descending spiral,
begetting the very thing it seeks to destroy.
Instead of diminishing evil, it multiplies it.
Through violence you may murder the liar,
but you cannot murder the lie, nor establish the truth.

Through violence you murder the hater,
but you do not murder hate.
In fact, violence merely increases hate….
Returning violence for violence multiples violence,
adding deeper darkness to a night already devoid of stars.

Man must evolve for all human conflict a method which rejects revenge, aggression and retaliation. The foundation of such a method is love.
~ Martin Luther King Jr

Returning violence for violence multiplies violence, adding deeper darkness to a night already devoid of stars… Hate cannot drive out hate: only love can do that.
~ Martin Luther King Jr

We must learn to live together as brothers or perish together as fools.
~ Martin Luther King Jr

The hope of a secure and livable world lies with disciplined nonconformists who are dedicated to justice, peace and brotherhood.
~ Martin Luther King Jr

Nonviolence is the answer to the crucial political and moral questions of our time; the need for mankind to overcome oppression and violence without resorting to oppression and violence. Mankind must evolve for all human conflict a method which rejects revenge, aggression, and retaliation. The foundation of such a method is love.
~ Martin Luther King Jr

A genuine leader is not a searcher for consensus but a molder of consensus.
~ Martin Luther King Jr

At the center of non-violence stands the principle of love.
~ Martin Luther King Jr

Every man must decide whether he will walk in the light of creative altruism or in the darkness of destructive selfishness.
~ Martin Luther King Jr

History will have to record that the greatest tragedy of this period of social transition was not the strident clamor of the bad people, but the appalling silence of the good people.
~ Martin Luther King Jr

I am convinced that love is the most durable power in the world. It is not an expression of impractical idealism, but of practical realism. Far from being the pious injunction of a Utopian dreamer, love is an absolute necessity for the survival of our civilization. To return hate for hate does nothing but intensify the existence of evil in the universe. Someone must have sense enough and religion enough to cut off the chain of hate and evil, and this can only be done through love.
~ Martin Luther King, Jr., 1957

I have decided to stick with love. Hate is too great a burden to bear.
~ Martin Luther King Jr

There are others who have and are still heeding the path of the heart which is, in essence, the innate propensity to unite and complete ourselves.

Nonviolence is not a garment to be put on and off at will. Its seat is in the heart, and it must be an inseparable part of our very being.
~ Mahatma Gandhi, 1948

The basic underlying and uniting force of the universe is a psychic energy field of love and soul consciousness ( the Unified Field ) which lies not only beyond time and space but also beneath our deepest fears ~ and whose principle property is the universal urge to unite.