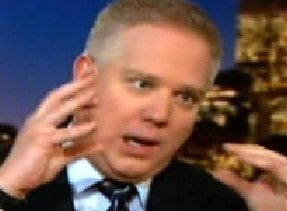 Glenn Beck was on the Today Show this morning with Keith Ablow M.D. talking out their book The 7 Wonders That Will Change Your Life.

Glenn Beck: How he recovered his life and his free will

The celebrated commentator shares the truth about his darkest moments

I am usually not interested in what Beck has to say but on this, I thought he was doing a great thing. Given the fact there are so many stories of the troops and veterans committing suicide, more turning to drugs (legal and illegal) along with alcohol abuse, this could have been a great moment in TV.

Beck has had to fight his own issues and went from the lowest of lows to having a huge platform with his radio show and FOX cable show. He also had to deal with the other part of his history.

Beck’s Mom committed suicide and he went through what most families left behind do to themselves. They beat themselves up with the “what if’s” as if they could have changed what happened when the truth is, everyone does the best they can with what they understood at the time.

What did Beck do on the Today Show? Did he begin with talking about healing right away? Offering hope to the millions with mental illness? No it had to start with his political views.

When Beck talked about his relationship with Ablow, the co-author of the book, he said that he didn’t know what his political views were and that he was a nice guy. They had known each other since Beck’s CNN days. A nice guy? The point Beck missed is that there are a lot of nice people who do not live by the political point of view that everything is political. We do the best we can in our days and most of us have no idea what political view others have because it is not what matters most. The political war we see on cable is not the reality most of us live in.

Saying Ablow was a nice guy didn’t seem to sink into Beck’s brain that everything he says about the other side of politics is against other “nice people” he ends up hurting. It may get him ratings but does not do justice to the fact this book is supposed to be a self-help book and not a political one. The time taken up with political talk would have been fine had he addressed the fact that mental healthcare in most parts of the country is not available or covered on a lot of health insurance policies. The healthcare insurance reform bill Beck calls “Obamacare” covers mental healthcare for a lot of people who would not be treated otherwise. Could Beck address that fact and support it because he understands the devastating results of what can happen without the right care?

Beck’s book talks about freewill, which everyone has and they are responsible for their own actions most of the time but there is a broader picture when it comes to mental health. There are times when freewill has less to do with what happens and more to do with what doesn’t happen. Mental healthcare should never be something that is a dirty word but a vital one for the future of millions of families across this country. Those are the people Beck could have talked to this morning but that is just not his style.

The hope I had this morning came crashing down before the interview was over and I let the dog out. I just couldn’t watch it anymore. I wanted him to talk like everyone else, a human for a change, just trying to do the best he can as a person and not a political celebrity. He could have done a lot of good if he focused on the pain others have that he supposedly understands with his own past but he focused on himself instead. Beck should just stick with political books and not offer self-help books when he does a self-serving interview instead of a helpful one to others.