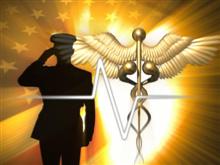 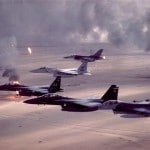 The others that served in Operation Desert Storm and a CALL FOR ACTION with additional information.

Besides the troops we had in the Operation Desert Storm we had other categories that are not being tracked by the VA!  The others include airline personnel that were actively involved with the activation of the Civilian Researve Air Fleet.  We had pilots, ground crews, baggage handlers, and yes our flight attendants.  Below is the obituary of a flight attendant Michelle Cherie Ketrow who has died at 50 years old!  Very young age but still no other data on illness or cause of death given but donations are requested to a hospice facility.

There is also the obituary below for James Henry Stuckey, a Vietnam Veteran and a Merchant Marine for Operation Desert Shield and Storm, who died at 62.  Again we have no cause of death.  James Stuckey had served in Vietnam so he might also had been listed as an Agent Orange Veteran and might not be accounted for also as a Gulf War Veteran.  But we need to also be sure our Merchant Marine force was listed in any registries and be able to access VA for claims or compensation.  They also need to be included in our diagnosed illnesses or death registry.

The United States had many defense contractors and red cross workers in theater active in support of the Gulf War.  We also had the oil industry workers and the oil fire firm Red Adair’s world famous group.  We must say that these others did not live in tents, they may or may not have gotten any of the same vaccines, they had facilities to eat and live in that were much better than the troops, the fire fighters wore protective gear and had outstanding clean up areas, and the other item to remember is flight crews re CRAF fleet dealing with returning baggage of the troops.  We must not forget any of them.  These categories would not have the benefits of a registry exam, ability to go to the VA, or claims/benefits assistance.

This calls us to action that Registries should be activated now for these groups/individuals data to be collected.  The need for health data collection is urgent!  The need for a similar bill similar to the 911 Workers Health bills is highlighted!

Please all of you notify your elected representatives and senators!  Send them this article as an attachment.  Call, fax, email them NOW!

MICHELLE KETROW Michelle Cherie Ketrow, 50, a paralegal, of Las Vegas, passed away Jan. 4, 2011. She was born July 17, 1960, in Indianapolis, and was a 23-year resident of Nevada. A graduate of University of Phoenix, she was employed at Leavitt, Sully & Rivers. She was secretary of the Clark County Republican Committee, Eternal Member and National Secretary of the Oath Keepers, as well as a member of the Las Vegas Paralegal Society. A flight attendant for 17 years, she accompanied our troops to the Middle East for Operation Desert Storm, and three “Around The World Tours” with Abacrombie and Kent. An accomplished artist, she also pinstriped as Vdutchz. Michelle was preceded in death by her sister, Suzanne Ketrow. Michelle is survived by her mother and stepfather, Phyllis and Nicholas Miller; father and stepmother, Gladys and William Ketrow; sister, Nicole (Michael) Tate; nephews, Christopher, Derek and Adam Tate; niece, Crystal Tate; and very best friend, David Rivers. No services are scheduled. Donations can be made to Nathan Adelson Hospice.

Born in Anderson he was a son of Lucile Newton Stuckey of Central and the late James H. Stuckey, Sr. He was a graduate of Francis Marion University having earned a B.S. degree in both psychology and archeology. James was a US Navy Veteran of Vietnam and through his military service and his later service in the Merchant Marines spent time in the Western Pacific, West Pac Operations, Desert Shield and Desert Storm activities. He was a member of the VFW Post 2872 in Athens, GA and was of the baptist faith but recently was rebaptized as a catholic. James was a man of honor, dignity and loved his country. He travelled around the world and he loved sports cars.

In additon to his father he was predeceased by a daughter, Michelle Stuckey.

Funeral services will be 3:30 Thursday in the chapel of Duckett-Robinson Funeral Home with burial to follow in Mt. Zion Cemetery.

The family will receive friends from 2 to 3:30 Thursday prior to the service at the funeral home.

Condolences may be expressed online at www.robinsonfuneralhomes.com.

————————————————————————————–
Published in The Greenville News on January 11, 2011
ATTENTION READERS
Due to the nature of independent content, VT cannot guarantee content validity.
We ask you to Read Our Content Policy so a clear comprehension of VT's independent non-censored media is understood and given its proper place in the world of news, opinion and media.