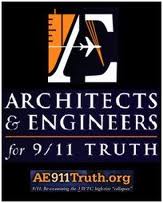 “What seems most disturbing about the 9/11 controversy is the widespread aversion by government and media to the evidence that suggests, at the very least, the need for an independent investigation that proceeds with no holds barred,” wrote Falk.

A former Princeton international law professor has been condemned by the UN Secretary General and the U.S. Ambassador to the United Nations for alluding to “an apparent cover-up” of the events of September 11th, 2001. On January 11, 2011, UN Special Envoy to Palestine Richard Falk posted on his personal blog an article entitled “Interrogating the Arizona Killings from a Safe Distance.”[1]

Dr. Falk made a tangential point in his blog-post that governments too often abuse their authority by treating “awkward knowledge as a matter of state secrets”.

To illustrate the point, he referred to gaps and contradictions in the official account of the 9/11 attacks, which have been documented in the scholarly works of Dr. David Ray Griffin, a professor emeritus of philosophy of religion and theology.

“What seems most disturbing about the 9/11 controversy is the widespread aversion by government and media to the evidence that suggests, at the very least, the need for an independent investigation that proceeds with no holds barred,” wrote Falk.

On January 20th, executive director Hillel Neuer of UN Watch, a European NGO, called upon UN Secretary-General Ban Ki-moon to condemn the remarks made by Falk, and to fire him, claiming that Falk had “endorsed the conspiracy theory that the 9/11 terrorist attacks were orchestrated by the U.S. government and not Al Qaeda terrorists.” [2]

On January 24th, in a reply to Hillel Neuer, Vijay Nambiar, Ban Ki-moon’s Chief of Staff, responded that the Secretary-General “condemns these remarks. He has repeatedly stated his view that any such suggestion is preposterous — and an affront to the memory of the more than 3,000 people who died in the attack.”[3]

The US Ambassador to the UN, Susan Rice, called for Falk’s removal, stating that “Mr. Falk’s comments are despicable and deeply offensive, and I condemn them in the strongest terms.” [4]

Surely, in light of what Falk actually said, these indignant cries on behalf of the victims seem more than a little apoplectic.

If Falk’s suggestions were so “preposterous” and “offensive”, they might have been dismissed as the ravings of a madman.

So why did officials bring out their cannons to shoot at a sparrow?

Well, turning to the work of Professor Griffin we find that there were 115 omissions and distortions in the 9/11 Commission Report, though Falk did not, in his brief remarks, provide details. [5]

In August, 2005, the New York Times printed the oral testimonies of 118 firefighters and emergency workers who reported stunning, graphic evidence of enormous explosions, including mysterious blasts in the deep sub-basements of the buildings long before the towers fell.[6]

More recently, a nine-author peer-reviewed study, which showed that the World Trade Center dust appeared to contain residue of explosive material (nanothermite), made headlines for the first week of February 2010 in major Danish newspapers. [7]

A December 2010 poll by the prestigious Emnid Institute showed that 89.5% of Germans doubt the US official story about the September 11th attacks.[8]

The 9/11 commissioners themselves, in a 2008 op-ed piece to the New York Times, bemoaned the withholding of witness evidence to the 9/11 Commission by the CIA:  “What we do know is that government officials decided not to inform a lawfully constituted body, created by Congress and the president, to investigate one the greatest tragedies to confront this country. We call that obstruction.” [9]

Perhaps this sparrow is worth a cannon or two.

In other words, was Falk attacked so strongly to try to make people fear suggesting in public even the possibility that the official story is problematic?

– Elizabeth Woodworth is a writer and retired medical librarian. The current focus of her writing is social justice issues, and she has extensively researched the evidence presented on both sides of the 9/11 controversy. Read more articles by Elizabeth Woodworth.