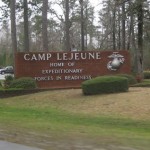 WASHINGTON — Congressional investigators will meet with Navy officials as soon as next week to pressure the military to reconsider a public relations booklet about historic water contamination at Camp Lejeune that they say is misleading.

By Barbara Barrett of the Raleigh News Observer

The booklet contains inaccurate information and could hurt scientists’ efforts to survey thousands of former Lejeune residents and their family members about their health, according to the Agency for Toxic Substances and Disease Registry, an arm of the federal Centers for Disease Control and Prevention in Atlanta.

Thomas Sinks, deputy director of the toxic substances agency, asked the Marine Corps two weeks ago to retract the booklet and pull it off a military website dedicated to disseminating public information about the contamination.

His agency is charged with conducting scientific studies on the contamination and its health consequences.

Sinks also asked the Navy to coordinate all future public relations efforts with the agency, as spelled out in a draft memorandum of understanding between the two agencies.

The dispute over the booklet is part of a larger public relations battle between the military and the Agency for Toxic Substances, and it could shape not only what former Lejeune residents learn about the contamination, but also whether – and how – those residents might eventually be compensated.

U.S. Rep. Brad Miller, a Raleigh Democrat who criticized the booklet last fall, praised the agency’s action and said the Navy, which includes the Marine Corps, should pull the booklet.

“The agency that is supposed to assess environmental health risks has told the Navy, which is responsible for the contaminated drinking water at Camp Lejeune, that what they are telling people exposed to the water is misleading,” Miller said in an interview. “That should be a pretty big deal, and the Navy should take that pretty seriously.”

Marine Corps spokesman 1st Lt. Gregory A. Wolf said in e-mail to McClatchy that the agency is reviewing Sinks’ letter and is preparing a written response.

“Our top priority remains getting answers for our former Marines and residents,” Wolf said.

The pamphlet was delivered to members of Congress last summer and to thousands of Marine veterans and family members across the country in recent months. Nearly 170,000 people have signed up for the online registry.

Miller said aides from his office, along with aides from U.S. Sens. Richard Burr and Kay Hagan, are meeting with military staff as soon as next week to talk about improving transparency from the Navy.

Hagan said in a statement that it is “critical” for the Marine Corps to have open communication with the Agency for Toxic Substances to ensure accurate information goes to the public and called for the pamphlet to be removed.

Up to a million people are thought to have been exposed to benzene, trichloroethylene and tetrachloroethylene that flowed through the drinking water at Camp Lejeune from the 1950s to the mid-1980s.

Many now suffer from a host of cancers and other diseases that they attribute to the contaminated water. The Department of Veterans Affairs has linked some cancers to the poisoned water on an individual basis.

At issue in particular is a statement in the booklet that reads, “To date, the scientific community has not established an association between exposure to the contaminated water and health conditions reported by former residents of Camp Lejeune.”

“That sentence is misleading,” Sinks wrote.

And without knowing the risks, Miller said, many former residents won’t know to see a doctor at the first symptom of illness.

The booklet also cites a much disputed 2009 study by the National Research Council that, the booklet says, “concluded that adverse effects were unlikely, but could not be ruled out completely, and additional health studies are unlikely to provide more definitive results.”

Agency Director Christopher Portier challenged that conclusion last fall in a letter to the Navy.
[via 91 outcomes]