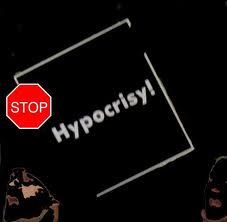 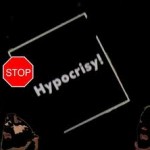 Most lawmakers accept this insurance — the same perk afforded to some 8 million federal employees and their families.

But Democrats are crying hypocrisy, saying Republicans who want to repeal the health care law for Americans should not accept similar benefits for themselves.

“It’s hypocritical when they all voted to undo the bill we did, to repeal the bill that we enacted — that the president signed into law — to provide for the first time for many Americans in 2014 access to what we as members of Congress have,” employer-provided health care, Representative Joseph Crowley, D-New York, told CNN in an interview in his Capitol office.

Some 16 House Republicans are in fact opting out of health care benefits, including freshman Representative Joe Walsh, R-Illinois.

He told CNN his reason is “philosophical” — saying that he campaigned against the health care law, and on a promise not to accept health care benefits.

“I think that this piece of legislation that we passed is so critical and it will do such harm to our country, that I think we need a few of us to lead by example to point out some of its flaws,” Walsh said.

Though the benefit is subsidized by the government, the cost of the plans are relatively low because the pool of federal workers is so big.

That’s the same theory behind the so-called exchanges being set up for most Americans as part of the new health care law.

Unlike most of Walsh’s congressional colleagues who are turning down government benefits, the Illinois freshman did not have alternative health insurance, so he says he bought his own insurance coverage, which has a $5,000 deductible.

Walsh says his wife has a pre-existing condition, so insurance would not cover her. Therefore, he says they will pay for the treatment for her ailment, which he declined to disclose, out of pocket.

He says that cost is “sizeable.”

“If I would of taken the congressional plan, I’d taken the group policy, and my wife would have been covered and life would have been a heck of a lot easier. But this is the pledge that I made, it’s something my wife and I have thought long and hard about, and it’s a principle, and it’s important to both of us,” Walsh said.

Representative Bobby Schilling, another GOP freshman from Illinois, is also declining coverage from the Federal Employees Health Benefit plan out of principle, saying he too ran on that promise.

Unlike Walsh, Schilling already has insurance that he will keep through his pizza parlor business back home.

But in conversations with aides to nearly all the 16 known Republicans not taking health insurance for lawmakers, most are doing so not because of philosophical opposition to government-subsidized health care, but instead because it is most practical for them.

Representative Richard Nugent, R-Florida, has COBRA with the help of his state government, since he is a retired sheriff.

Others, like Representative Bill Johnson, R-Ohio, are veterans and already receive government benefits through the Veterans Affairs department.

And some, like Representative Mike Kelly, R-Pennsylvania, and Representative Daniel Webster, R-Florida, are not accepting the congressional health care benefit because they already have insurance through their own businesses back home.

But that decision is costing people like Webster a lot more money.

According to his chief of staff, Webster pays $1,200 a month for health insurance for his family, and would only be paying about $400 monthly if he accepted government benefits offered to him as a congressman.

“They all have Plan Bs,” noted Democrat Joe Crowley. “The 46 million Americans who don’t have insurance today don’t have a Plan A.”

Still — regardless of their reasoning — only a fraction of Republicans who voted to repeal the health care law are forgoing government-subsidized insurance for themselves.

Florida Representative Allen West, a Republican freshman elected with significant Tea Party support, is accepting the federal health care benefit. He dismisses Democratic accusations that he and other lawmakers like him are hypocrites.

GOP leadership aides insist there is nothing wrong with lawmakers, including House Speaker John Boehner, accepting government-subsidized health care benefits, since the government is their employer.

“The speaker, like President Obama, Senator Harry Reid and tens of millions of other Americans, gets his health coverage through his employer. That has nothing to do with opposition to Washington Democrats’ unconstitutional, job-destroying health care law,” said Michael Steel, spokesman for House Speaker John Boehner.

They may be small in number, but some of Boehner’s freshmen GOP colleagues disagree. They say their opposition to the health care law is in fact connected to the government-subsidized insurance offered to them.

According to spokeswoman Stephanie Zimmerman, Gosar has a health savings account for his family, and has seen his premiums increase 30% in the last year.

Zimmerman said if Gosar were to opt in to federal health benefits, he would be able to cover his entire family for about $300 a month. Under his current plan, he has to pay approximately $1,700 a month out of pocket.

“He made a promise to his constituents that he would not take members’ health benefits because he wanted to live like everyone else in his district,” Zimmerman said.