The DOD releases reports of what they’re doing as if it is all good but the truth is, it is not all good. There have been a lot of advances in the care of wounded servicemen and women. While that is true, the stories the veterans tell show that all is not well on the home front. TAP has problems, Wounded Warriors Program (not to be confused with Wounded Warriors Project) has problems. Until these problems are fixed, we’ll keep losing more and more to suicide. 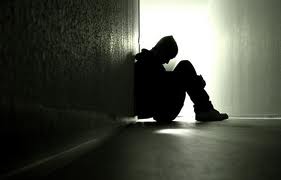 WASHINGTON — Launched during a time of peace to aid departing service members, the Transition Assistance Program is failing war veterans and their families, according to Pentagon reports obtained by the Tribune-Review.

Called “TAP,” it began in 1989 as a federal pilot program run by the Department of Defense, Labor Department and the Department of Veterans Affairs. For most of the 140,000 troops who annually must take the course, it’s three days of classes on topics ranging from the new GI Bill for college to special initiatives that help wounded personnel and their families.

Crisscrossing the U.S. and Europe, investigators from the Pentagon’s Office of Wounded Warrior Care and Transition Policy in Alexandria, Va., determined that TAP was plagued with “significant gaps in consistency of services” and “low” spousal participation, according to the files. The reports added that there was “little evidence” financial aid, relocation assistance or post-military education applications “are emphasized or provided” by TAP coordinators.

Reports state that TAP staffers often failed to help military spouses find off-base jobs and were “not well versed” in recovery care programs; TAP support for injured personnel and their families was “not readily apparent.”

But there is more to this story

Troops nationwide interviewed by the Trib, however, said patients who need more time to mend or who want second diagnoses to ensure adequate retirement benefits often are tagged in Casey’s Army as “malingerers” or ungrateful “garrison wreckage.”

WASHINGTON The Army’s special medical units should be healing more than 9,300 soldiers entrusted to their care.

But a nine-month probe by the Tribune-Review found America’s sick and injured soldiers must struggle to mend inside 38 Warrior Transition units the Army has turned into dumping grounds for criminals, malingerers and dope addicts.

Overlooked, over-medicated and overseen by a stressed staff, the hardest hit often are in the Army National Guard and Reserves.

Picked by President Obama’s administration in early 2009 to alleviate suffering in the units, former Deputy Undersecretary of Defense Noel Koch said his tenure ended abruptly in April when he and his investigators at the Pentagon’s Office of Wounded Warrior Care and Transition Policy were in the midst of a nationwide investigation similar to the Trib probe.

The Office of Wounded Warrior Care and Transition Policy doesn’t direct day-to-day operations of the Army’s special medical units. Instead, the Pentagon agency identifies problems plaguing them and tries to find policy solutions.

Although ongoing challenges bedevil the Air Force, Marine Corps and Navy, inspectors found the most chronic problems dog the Army, America’s largest service and the one that’s doing the most fighting overseas.

The top concern: The Army seems unable to trim the ranks of patients filling the Warrior Transition units a never-ending flood of broken soldiers that too often buried the special medical units, demoralizing patients and military staffers, according to the files.

At Kentucky’s Fort Campbell, home of the 101st Airborne Division, the 67 soldiers in the “medhold” in 2007 soon were joined by nearly 400 patients, according to Army Col. Mike Heimall, a commander who has drawn praise for compassionate care there and at Fort Riley in Kansas.

The Army brass issued “Frago 3” in 2008 to dam the flood of broken soldiers by erecting barriers to entering the new Warrior Transition units. Individualized medical diagnoses called “profiles” limiting their military duties for more than six months are now required. The underlying conditions must be “complex” and require extensive clinical case management by trained nurses, who are supposed to oversee the care of about 25 soldiers each, according to the Pentagon reports and Army files.

A February 2010 report estimated that one-third of the 450 soldiers assigned to the Warrior Transition barracks at Washington state’s Joint Base Lewis-McChord had never seen combat. They were “high risk soldiers who are not ready to deploy and may display high risk tendencies” such as drug addiction, suicide and criminal conduct, the report said.

Georgia’s Fort Benning medical barracks also were “burdened with soldiers placed in there by commanders as an expedient means by which to rid their units of their ‘undesirables’ ” an ongoing problem investigators concluded was occurring nationwide and that “deflected or defeated” other patients trying to heal.

The reports allege commanders nationwide knowingly turn the special units into convenient pre-deployment “dumping grounds.” And the Pentagon team wasn’t the only one uncovering the problem: The Department of Veterans Affairs in 2009 discovered brigades doing the same thing at Georgia’s Fort Stewart, home of the Army’s Third Infantry Division.
read more of this report here
Documents show Army’s disservice to broken soldiers

If the DOD wants to know why suicides have gone up, maybe they should read their own data and fix the problems they helped create instead of spending hundreds of millions of dollars on programs they have no intention of making sure they work.