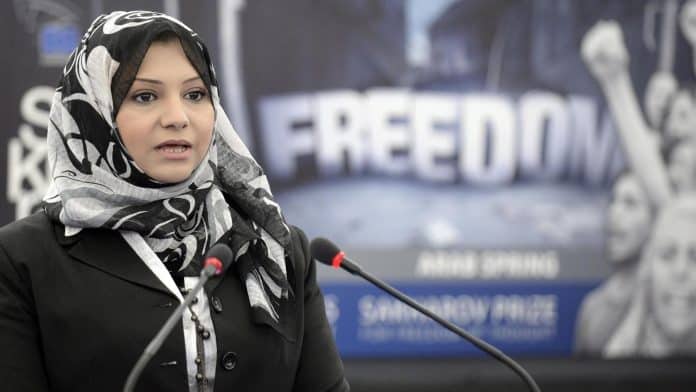 No, it’s not Hosni Mubarak, the man who, if not for his 20th-century ethos, could have been the founding father of a new 21st-century democratic and free Egypt.  No, it’s not U.S. President Barack Obama who set the future for democracy in the Middle East in motion with his 2009 Cairo speech.  No, it’s not even a man!  It’s Asmaa Mahfouz, the woman behind Egypt’s pro-democracy revolution.

So much has been written about women’s rights in Muslim countries, even citing this issue as a justification for the western military invasion, but the western feminist movement remains largely silent about the current pro-democracy uprising in Egypt.

As a result of minuscule coverage in the western press, perhaps many don’t know that Asmaa Mahfouz – a 26-year-old Egyptian woman – was and is a leading figure in Egypt’s three-year-old democracy movement.

A founding member of the April 6 Youth Movement – an Egyptian Facebook group started in the spring of 2008 to support workers in El-Mahalla El-Kubra – an industrial town north of Cairo – who were planning to strike on April 6 of that year, Ms Mahfouz graduated from the business management school of the American University of Cairo in 2008.

Upon graduation, Mahfouz emerged as an activist on social media pages throughout Egypt. In 2008, Ms Mahfouz and other activists connected with the April 6 Movement used the internet to mobilize support for a general strike. As a result, Mahfouz and her family were subjected to harassment by Egyptian security forces.

Subsequently her job as an accountant at Al Shaimaa export and import firm was suspended, due to her political activity during the current protests. 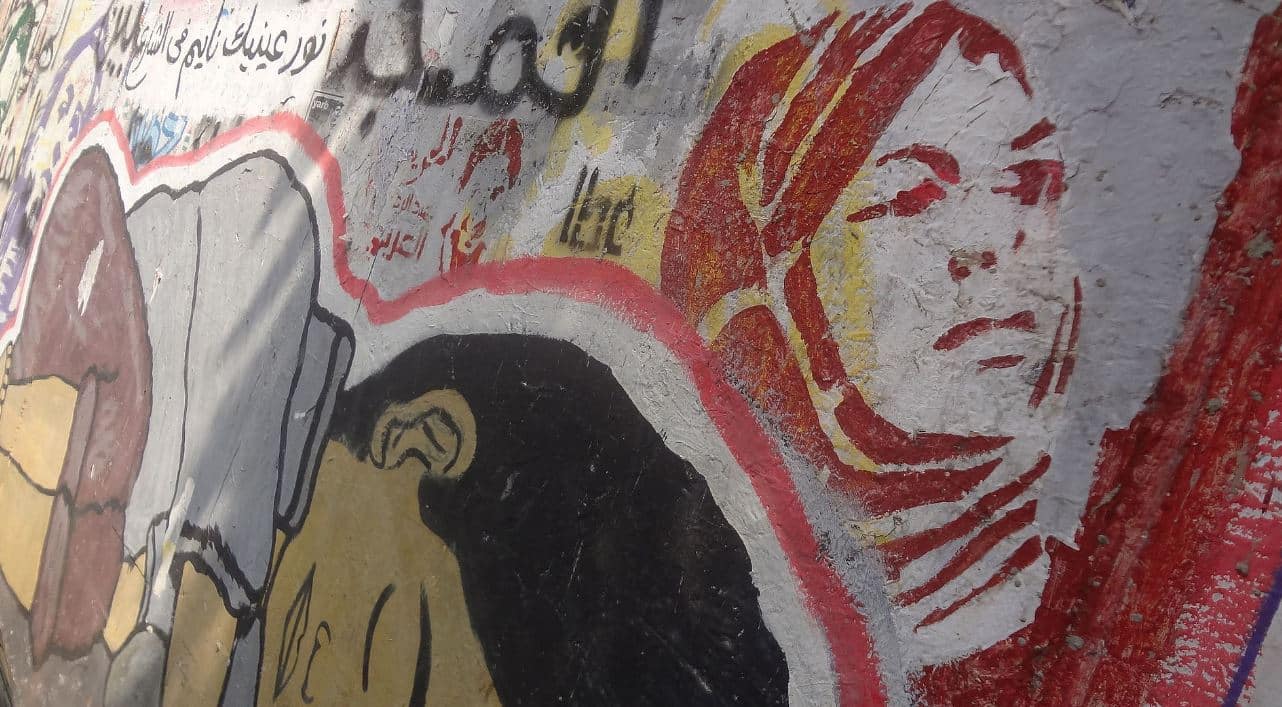 She is considered one of the most important symbols of the January 2011pro-democracy uprising in Egypt – to the degree that the new Egyptian government that formed after the uprising requested to meet with her, but she declined.

On January 31, Asmaa Mahfouz told Egypt’s Al-Mihwar TV about her decision to use Facebook to take action in Egypt before the Internet was jammed by the Egyptian government.

Her YouTube video is a rallying cry for justice that rivals any the world has ever seen.

She begins by saying that four Egyptians set themselves on fire to protest humiliation, hunger and poverty and degradation, hoping to ignite a revolution like Tunisia, adding, “Maybe we can have freedom, justice, honour and human dignity.”

After posting the video she said she went down to Tahrir square and stood alone holding a banner – even writing her phone number on it – asking people to come and join her, but only three guys came; and all were soon arrested by the security police.

In the video, she says: “These self-immolators were not afraid of death, but we’re afraid of security forces. Can you imagine that? Are you also like that?

I will not set myself on fire. If the security forces want to set me on fire, let them come and do it. If you think yourself a man, come with me on January 25.

Whoever says that women shouldn’t go to protests because they could get beaten, let him have some honour and dignity and come with me on January 25.”

She says anyone who says it’s not worth it because there will be only a handful of people, is the reason for the problem.

“I want to tell him that you are the reason behind this and you are a traitor just like the president or any security cop who beats us in the streets. Your presence among us will make a difference. Talk to your neighbours, your colleagues, friends and family. Tell them to come. Sitting home and just following it on the news or on Facebook leads to our humiliation. If you have honour or dignity as a man, come. Come and protect me and the other girls in the protest. If you stay at home then you deserve all that’s being done to you. And you will be guilty before your nation and your people and you’ll be responsible for what happens to us on the streets while you sit at home.”

While many people around the world wonder why the Egyptian people have lost their fear of the authorities after 30 years of iron-fisted rule, individual Egyptians like Ms. Mahfouz are inspiring them. In her video, she implores people not to be afraid of the government.

“Fear none but God. God says, ‘He will not change the condition of a people until they change what is in themselves.’ Do you think you can be safe anymore? None of us are. I’m going down on January 25 and I will say ‘No’ to corruption. ‘No’ to this regime.”

In a February 1, New York Times article, Ms Mahfouz said that when she posted this video she worried about the reaction that it might generate in a society that expected women to behave in a more subdued and reserved manner.

“I felt that doing this video may be too big a step for me, but then I thought: For how much longer will I continue to be afraid and hesitant? I had to do something,”

To her surprise, dozens of other people picked up on the spirit of her message and started to post their own pictures, holding similar signs to their chests that declared their intent to take to the streets on January 25, in what turned out to be the beginning of a revolution almost no one else thought possible.