Home Government Everything You Need To Know About The $2 Billion That Americans Give...

How much does the U.S. spend on Egypt? 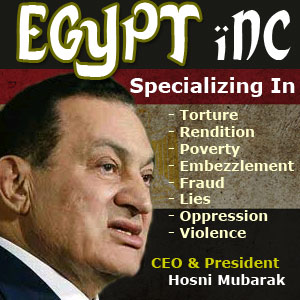 The protests in Egypt have prompted renewed questions about the U.S.’s aid to the country—an issue that the U.S. government has also pledged to reconsider. We’ve taken a step back and tried to answer some basic questions, such as how as much the U.S. has given, who has benefitted, and who gets to decide how its all spent.

Egypt gets the most U.S. foreign aid of any country except for Israel. (This doesn’t include the money spent on the Iraq and Afghanistan wars.) The amount varies each year and there are many different funding streams, but U.S. foreign assistance to Egypt has averaged just over $2 billion every year since 1979, when Egypt struck a peace treaty with Israel following the Camp David Peace Accords, according to a Congressional Research Service report from 2009.

That average includes both military and economic assistance, though the latter has been in decline since 1998, according to CRS.

What about military aid—how much is it, and what does it buy?

According to the State Department, U.S. military aid to Egypt totals over $1.3 billion annually in a stream of funding known as Foreign Military Financing.

U.S. officials have long argued that the funding promotes strong ties between the two countries’ militaries, which in turn has all sorts of benefits. For example, U.S. Navy warships get “expedited processing” through the Suez Canal.

President Mubarak and military leaders view our military assistance program as the cornerstone of our mil-mil relationship and consider the USD 1.3 billion in annual FMF as “untouchable compensation” for making and maintaining peace with Israel. The tangible benefits to our mil-mil relationship are clear: Egypt remains at peace with Israel, and the U.S. military enjoys priority access to the Suez Canal and Egyptian airspace.

The military funding also enables Egypt to purchase U.S.-manufactured military goods and services, a 2006 report from the Government Accountability Office explained [PDF]. The report criticized both the State Department and the Defense Department for failing to measure how the funding actually contributes to U.S. goals.

Does this aid require Egypt to meet any specific conditions regarding human rights?

No. Defense Secretary Gates stated in 2009 that foreign military financing “should be without conditions.”

Gates prefaced that comment by saying that the Obama administration, like other U.S. administrations, is “always supportive of human rights.”

The administration of former president George W.  Bush had threatened to link military assistance to Egypt’s human rights progress, but it didn’t follow through. When exiled Egyptian dissident, Saad Eddin Ibrahim, called on the U.S. government to attach conditions to aid to Egypt, U.S. officials dismissed the idea as unrealistic.

Who benefits from the military aid?

Obviously the aid benefits Egypt’s military and whatever government it supports, which has so far been Mubarak’s. Foreign military financing is a great deal for Egypt—it gets billions in no-strings-attached funding to modernize its armed forces and replace old Soviet weapons with advanced U.S. weaponry and military equipment.

Egypt can purchase this equipment either through the U.S. military or directly from U.S. defense contractors, and it can do so on credit. In 2006, the GAO noted that Egypt had entered some defense contracts in advance of—and in excess of—its military assistance appropriations. Some of those payments wouldn’t be due in full until 2011, the GAO said.

The other group that benefits from this aid arrangement is U.S. defense contractors. As we reported with Sunlight Foundation, contractors including BAE Systems, General Dynamics, General Electric, Raytheon and Lockheed Martin have all done business [12] with the Egyptian government through relationships facilitated by high-powered DC lobbyists.

What about economic aid?

U.S. economic aid to Egypt has declined over the years, but is generally in the hundreds of millions annually.

Some of this aid also comes back to benefit the U.S. through programs such as the Commodity Import Program. Under that program, the U.S. gives Egypt millions in economic aid to import U.S. goods. The State Department, on its website, describes it as “one of the largest and most popular USAID programs.”

Others were not as successful. A 2006 inspector general’s audit of a 4-year, $57-million project to increase jobs and rural household incomes found that the U.S. investment “has not increased the number of jobs as planned ” among participants [PDF]. A 2009 audit of a $151 million project to modernize Egypt’s financial sector found that while the country’s real estate finance market experienced significant growth throughout the project’s duration, USAID’s efforts were “not clearly measurable” [PDF] and the growth could be due to market forces or the Egyptian government’s actions.

Critics of the Obama administration’s economic aid to Egypt have noted that in 2007, for instance, such aid only amounted to $6 per capita, compared with the $40.80 per capita spent on Jordan that same year. Ahmad El-Naggar, economic researcher at Al-Ahram Center for Political and Strategic Studies, criticized the U.S. in 2009 for focusing on “programs valued for strict ideological reasons,” and not on the country’s growing poverty and unemployment rate—two issues fueling the current protests.

What about funding for democracy promotion and civil society?

Funding for programs that promote democracy and good governance through direct funding to NGOs in Egypt averaged about $24 million from fiscal year 1999 to 2009. But these, too, had “limited impact,” due to “a lack of Egyptian government cooperation,” according to an October 2009 inspector general audit [PDF]:

The Government of Egypt has resisted USAID/Egypt’s democracy and governance program and has suspended the activities of many U.S. NGOs because Egyptian officials thought these organizations were too aggressive.

Recently released cables from WikiLeaks show that officials within the Egyptian government have asked that USAID stop financing organizations that were “not properly registered as NGOs” with the Egyptian government. AFP reports on a 2007 embassy cable that describes President Mubarak as “deeply skeptical of the US role in democracy promotion.”

Per the Egyptian government’s complaints, the U.S. now limits its funding to NGOs registered with the government, therefore excluding most human rights groups, Huffington Post reported. Such funding has also declined sharply under the Obama administration.