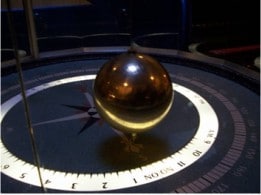 Pacified & Lulled, Still Waiting for the Pendulum to Swing

It was a rainy April day in 2004, and I was in the office of one of my professors at the university’s Public Policy Graduate Department. I was having one of those defeated and disillusioned moments that kept recurring during that time period. I think you would have found it justifiable: I had been slapped with two separate gag orders via two separate invocations of state secrets privilege, I had just witnessed the Congress being hit with another gag order in my case via retroactive classification issued by the Justice Department, we were at war in Iraq based on lies, the PATRIOT ACT was in full swing, secret kidnapping and detention operations by our paramilitary were taking place all over the world, congressional corruption and revolving door scandals were popping up one after another…So, you see, all this and being almost at the end of my masters program specializing in US public policy, where what we were taught didn’t match reality on the ground (US politics and government) whatsoever, gave me a certain degree of justification for feeling the way I felt that day.

Sitting across from my professor I threw out the questions: Why can’t I see a single instance of practices indicative of our so-called system of checks and balances? Isn’t it more like three illusionary branches but actually one system serving the interests of a very few? Isn’t our nation headed towards a police state; fast and furiously? How do all these in-theory-only fanciful policy concepts apply to real-politics on the ground? …

My professor smiled and nodded. After letting me vent, he calmly replied:

“You are young. You have to look at what’s been happening and place it in historical context. If you look at the US political climate over the last century you’ll see this Pendulum Trend. Things get really bad for civil liberties and good governance for a few years, sometimes even for a decade or more, then, things swing back the other way, and you see Renaissance-Like changes towards the other direction. We go through a hawkish period with wars, and then, we get into a more pacifist mode. We get a conservative administration and lose some of our welfare gains, but a few years later we get a liberal government and put in place new welfare programs…Things don’t stay the same. It’s been only three years or so since 9/11. Very soon people will get over the initial shock and fear, and they’ll push out the current national security state of government…This is the cyclical nature of US politics…”

I looked up at him, and asked:

He shook his head, and replied:

“It’s a bit more complicated than that, but yes, time takes care of some of that. Other actors outside the state will play their role…you know, various NGOs, etc. Changes in the economy will be another ingredient…of course, the media…the Bush administration will be replaced, and most likely, it will be replaced by the other party, bringing in a liberal oriented administration… So, yes, give it some time and you’ll see the Pendulum swing the other way…”

Tell you what: I have heard this ‘Pendulum Swing’ story-theory many many times since; especially from academians, tunnel-vision analysts, crusty politicians, and to a certain extent, from the general public – those with a bit higher education who consider themselves politically involved and savvy. The more I study history, the further I delve into our real governance record, the more I look at the last half century’s graph on fluctuation of the real ingredients (here at BFP we call these the real diseases, the macro causes)…well, the more I get pi..ed with this utterly nonsensical and false yet widely-held notion of ‘just wait for the ‘Pendulum Swing.’

The only area where the ‘pendulum swing’ applies, and even that with a major caveat, is this yoyo illusionary cosmetic change of party every few years. That major caveat being: two parties as two sides of the same coin; the monopolistic power above made to look like a duopoly where naïve and ignorant citizens are led to believe they’ve been given two choices – Product A packaged in Red & Product B packaged in Blue. If you haven’t read my pieces on this, the ones that brought loads of attacks due to ‘me not giving enough time or chance to Obama,’ read the pieces here and here. You don’t have to go far back in history to see this exact phenomenon. Just take a look at the ‘actual’ records for the Bush and Obama administrations, and you’ll see that on everything that actually counts (again we are talking macro level factors) the records match; Product A (Bush) in Red & Product A (Obama) in Blue, and of course, beneath the two, all the poor suckers who are still under the illusion of having a say, having a choice, when it comes to their votes.

Back to the damaging misguided illusionary ‘Pendulum Swing.’ If poor suckers count the same product in different packaging as governance choice, the two-party system as two opposite ends of governance, then they certainly can argue that this ‘pendulum swing’ notion applies. I’ll leave this group alone, and go to non-suckers, almost all my known readers who look for the master factors, the big bubbas of US politics-governance determinants: the ever expanding Military Industrial Complex, the ever extending and expanding federal police and intelligence sector, the ever increasing campaign finance domination by the very few, the ever ongoing-increasing government-elected official corruption and revolving door practices, the ever expanding US wars (and their ever increasing costs), the ever failing-damaging hypocrisy-ridden foreign policy practices, the ever diminishing civil liberties and citizen privacy rights…We pretty much named all major trends-determinants-ingredients of US politics-governance, and one look at the record on these will tell you, with 100% certainty, that NO, there ain’t no swinging pendulum involved in those things that matter and really count. It is a myth. If there is a pendulum it is broken and totally malfunctioning; it is stuck, travelling only in one direction, and going fast, my friends.

I came across the following quotes in a well-written article published at New Internationalist Magazine:

Some people take comfort in the back-and-forth sway of the political pendulum. It is part of the greatness of our ‘two-party system’, they contend; it reflects the American aversion to extremism on ‘either side’. For the mainstream media, charting each degree of the pendulum’s swing is the essence of the 24-hour news cycle.

The problem is that focusing on the to-and-fro of electoral politics, like staring at the hypnotist’s medallion, can lull you into a trance. Once there, it is easy to miss those political trends that transcend episodic US elections. A graph of these trends would not show undulating curves that rise and fall based on shifts in Congress. It would be marked by arrows pointing steadily upwards.

In recent decades, raising the budget for US military spending has been a bipartisan passion. That budget now amounts to around $680 billion per year, more than seven times the military spending of the US’s nearest rival, China, and enough to sustain a network of more than 700 bases scattered globally across some 130 countries.

Economic inequality is another arrow, and perhaps the most distressing one. Since the 1970s, the once-garish sight of a CEO making more than 250 times the pay of an average worker has become the norm. This, combined with the steady growth of corporate power, has given the wealthy a firm hold on the levers of our democratic politics. A landmark Supreme Court decision in January, which eliminated restrictions on corporate spending in elections, only strengthened their grasp.

When I was living in other parts of the world I came across oppressed, repressed and abused people, the perpetrators being the government and or the monarchy’s extensions. Some of these people, not the majority but the irate minority, had the fire in their eyes and the will and the energy to fight for change. There were others, perhaps not far from being the majority, who took pride in their faith-religion, and refused to do anything about their conditions; they even smiled about it. They would be open and quickly tell you why they refused taking actions and just waited, and that with such conviction. You see, their religious leaders whose strings were in the hands of that same oppressive government told them, day in and day out, that their suffering was temporary since it was only worldly suffering, and that when they died, when they entered the land of eternity, they would be handsomely rewarded for all their suffering and live happily, and forever. They hung on to this notion administered to them like opiates by those in power; it was their version of ‘Pendulum Swing,’ it was what pacified and lulled them, and it was exactly what the powers above wanted.

Maybe my experiences rightfully or wrongfully helped shape my loath and disdain for this utter nonsense called ‘Pendulum Swing’ and the elite advocates I keep encountering here and there. It is here in my home country today that I often see those lulled and pacified, some even smiling, doing nothing and waiting for their pendulum to actually swing…magically. How about ‘You’? Are you waiting for the Pendulum to Swing?

This article was originally posted here at Boiling Frogs Post