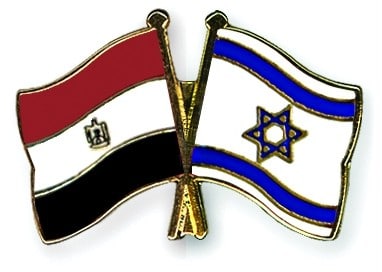 It was the moral force of non-violence” stated President Obama in his first comment on the revolution in Egypt. Yet it is far from being clear who was the Egyptian Mandela, Gandhi, or Martin Luther King? I guess that in Cairo it was the people themselves who peacefully transformed their own reality.

Jerusalem, Zionists, and some elements within the Left have demonised Arabs, Muslims and Islam for decades. Yet the people of Egypt just proved how restrained and peace-seeking Islam is for real.

Unlike some of our blood soaked Western revolutions, in Cairo millions of Muslims waited for 18 days for their tyrant to internalise the message. Day after day, they stood in the streets demonstrating patience and determination; five times a day they joined mass prayers for goodness to prevail. They reminded us all that Islam is derived from the word Salaam. Islam is all about peace. It is inherently non violent.

The Egyptians masses were, no doubt, the best possible ambassadors for Islam and Salaam. In just more than two weeks they have manage to break down the Zionist driven phobia of Islam. In such a short time they have managed to plant the seeds of hope in our hearts. They in fact reminded us all what democracy and  ‘will for freedom’ are all about.

Egypt, the biggest and most influential Arab country, launched its march to democracy yesterday. As we know, democracy in the Arab world means Islam.  This week Westerners had a chance to discover this peaceful harmonious faith.  In the recent days, many Americans and Europeans have miraculously recovered from the Zionist inflicted Islamophobic malaise.  The fear of Islam and Muslims is drifting away. Plenty of us welcome the Egyptians and their true and natural choice; Islam, Salaam and the Muslim Brotherhood.

Two days ago, James Clapper, the US Director of National Intelligence, was brave enough to admit that Egypt’s Muslim Brotherhood is “a very heterogeneous group, they have pursued social ends, a betterment of the political order in Egypt, etc… There is no overarching agenda, particularly in pursuit of violence, at least internationally.”  In case someone fails to read between the lines, America has just bought itself six months to amend its faulty Zionised foreign policy. America has a very short time to buy itself new allies in the region. For America and the West, this is a matter of life and death.

In the next few months our Western leaders will have to adapt to the new reality. I guess that in spite of their Jewish Lobby backers, they will have to be very quick to confess openly the power and beauty of Islam. They will have to appease a billion Muslims. And they should be quick to do so.

In the coming days, Israel will have to face its own doomed reality. It is about to be shunned. The Jewish State is no doubt a dangerous entity, we can only pray that on its way down it won’t turn our planet into ashes. For those who fail to realise, Israel has accumulated enough destructive power to do so. Moreover, such an option is well imbued within the Israeli suicidal cultural narrative. I guess that the story of Biblical mass murderer Samson and the story of Masada are just two examples.

We better admit to ourselves that unlike Cairo, Jerusalem is inherently violent and lethal. The situation is certainly volatile.  The biggest challenge for today’s world leaders is to peacefully dismantle the Jewish State without letting it celebrate its deadly symptoms.