The problems with gulf war illness and records missing and logs missing more is a continuing saga.  A need exists to update on the details to fill in the holes of information a more definitive review is needed.  The news out of Florida that is now spreading from a local TV report to VT to Army Times to highlight mishandling of Records for gulf war/desert storm is a continuing saga that has gone on for the full twenty years. 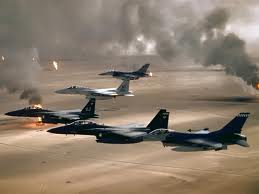 First of all it is known that since we were there in theater that strange occurrences were happenning even before we left theater.  The unit I was in received a radio message to destroy our logs of activity re patient movement, unit information that would also include troops that left site to get care at medical army units(since we did not have doctors and diagnostic equipment), we were there to provide an  Aeromedical staging unit and were staffed by nurse officers, aeromedical technicians, and radio operators.

The medical records from home unit were there for our people at that site and were transported back to home unit stateside and turned back in to our servicing wing hospital unit where they were routinely maintained.  If the army unit that provided care had the only record of care in theater and it was not then forwarded to marry back up with the individual’s record that would create a problem multipled a thousand times over.  IF the individual themselves got a copy while they were treated and did not take steps to maintain copy and then submit to their medical record once stateside and have it also documented in writing, then again we have problems across services.  Procedures were lacking but there was more involved.

During all the time of the investigation of the Office of Special Investigation on Gulf War Illness and their town hall meetings throughout the states.  Several of the gulf war veterans and advocates and advocate organizations formed by the veterans themselves,were alerting the veterans  to get copies of all their records ASAP if they had not done it before that time.  We spread the word as widely as we could.  Then like clockwork after OSAWGI had been at bases throughout the system we were receiving reports that certain key items in their medical records would mysteriously not be there after the OSAWGI visits (townhall meetings on active duty bases).  These were the individual medical records that were available at the time.

The bulk of their records would still be there in place but key tests that showed the medical reports ie lab work or other items that would prove their own medical condition was in fact affected post war would be missing after these OSWAGI town hall meetings.

The unit logs became a subject of House and Senate hearing in DC at this same time in the mid 90s.  The Senate hearing with General Powell and Stormin highlighted this problem.  The disappearance of unit logs that would prove the data on exposures and alarms ocurring went missing.  As the Senators said “the dog ate the homework”.  Key advocates were tracking and fighting to get this information out there including Desert Storm Justice Foundation, Gulf Watch, National Gulf War Resource Center, among many.

The logs were destroyed after Congressman Shay’s committee had Gunny Sgt Grass testify who  was assigned  on the best equipment in the military to detect chemical exposure.  After he testified the powers that be tried to discredit Gunny Sgt Grass’s testimony, after that a field grade Army officer was called up to testify at the next hearing, then thru back channel information we found out as he was testifying that an order was given from the Army Surgeon General to CENTCOM for shredding to be done.  This has been documented.  Phone calls were received from the person at CENTCOM who was direct witness.  The Senate had an Oversight Investigation Unit that did work at Senate Level and their report should also be fully read.

Records of portions of individual medical records disappearing was being reported as mentioned above, then we had documented reports of vaccine records being compiled at one base and the details were spotty of if it was just one division Army, one unit, all or parts.  We had info coming in from the veterans.  We had reports also that rosters of shots given in theater were destroyed or lost and this information centered on Army and Navy.  Again how many and which units and which services were mixed.  We also have reports of records that ended up at the Oklahoma building, but again no specifics by name or units or service and well that building and records now gone.  None of these reports or first hand information was ever in testimony on the hill in DC.  There was no follow up or action taken to unit logs being destroyed at CENTCOM and the ALERTS were sounded and nothing happenned.  Then we had OSAGWI and no truth and accountability resulted.

There is a step by step process that needs to be followed to hunt down each individual’s records personnel and medical.  Over the years many have done these steps sometimes being successful and some not.

Units that packed their records in conexes for shipment have reported their records lost, some have gone the extra effort to go to where they should be and came up dry. One of our current gulf war veteran that has been fighting for his benefits was told the conex went into the ocean on the return to the states.

The OSAWGI investigators were somehow involved in records being corralled as they did their town hall meetings throughout the country.  This included unit libraries and medical hospital ie individual gulf war veterans medical files.  This writer found an interesting connection in a case of an Agent Orange and Atomic Veteran in that since he was Atomic Veteran his records were at the Justice Department of the United States and then his daughter who was a nurse plus other interesting job fields discovered on her own as she was trying to help her father the veteran that there appeared to be double computer records at the VA hospital, that she was able to access behind closed doors for a limited time, one electronic record appear to record normal lab and diagnostic findings at the same time finding other electronic data showing real results.

So much details and reports through the years now.  And to have Bill Young in Florida saying he never saw that record is a bit hard to swallow.  He is not new on the hill, nor new to the issue, suggest you review his past assignments ie committees and background.  For a fact he was provided with information in the mid 90’s of the problem.

There was also a piece of a scud with testing of substance that information was turned in to the Senate Committee on Intelligence.  Shortly after they tried to spin and discredit that piece of hard information.

In theater, during the gulf war it started.  There were some individuals that were thrown out of theater but then went stateside to turn against the veterans even before our return.  Testing lab that was in Egypt for sand samples and biological samples led by a key individual still involved at the DOD, that office has not been cleaned yet!

Accountability and Responsibility has been held hostage along with hundreds of thousands of gulf war veterans.  IT is a money issue, a reputation issue, a myth to be protected, an international issue, and so much more.  The bottom line is that there were multiple exposures not just nerve agent or one huge area of multiple bunkers at one site that was ordered to be demolished.  Exposures in Senator Reigle- Banking committee (May 1994) listed over 20 agent categories and then Senator Rockfeller VA report 1994 reviews the vaccine issue and the pyridostigmine issue.  Those are still the foundations of the hard information that all veterans and their advocates should have and read!

We also have the nondeployed that became ill that have been having an even tougher battle to get help.   family members that reported ill, we have children of veterans born after the war have health effects, we have had pregnancies that were incomplete/ fetal loss of both male and female veterans, we have had female veterans that have lost their reproductive abilities ie continuous bleeding that could not be controlled, and we have a system that has not tracked all these health issues and done full investigations by independent researchers and scientist.  All studies funnelled through DOD and or VA, it is like having the fox guard the hen house.

What is needed is a blanket legislation to give the full benefit to the gulf war veteran and to remove timelimit that is currently on the legislation.  A means to speed their claims as a group.  But as always cost and money issues stops that!

Gulf War Veterans are ill and dying and have been betrayed.  Time for Definitive action to save their lives is past due!

A need for the gulf war veterans not to be sent to psychology and then referred from them to medical physiological.  A need for truth, information and education of physicians is and should be a top priority.  Health care diagnostic, testing, and appropriate medical care without any delay is needed urgently.

The news from Florida just ignites again the batlles that gulf war veterans have been battling since their return.  What is needed now is an urgency in medical care and clear cut solutions to the VA claims for the total group of gulf war veterans.  Not endless investigations that go now where to addressing the critical need for action to get their claims through and at the same time a true need for the best medical diagnosis and care and treatment.  Which includes using the best cutting edge medical work now.

The effort at UTSW Medical Center in Dallas was stopped at a critical junction.  Efforts to get the truth on how many cancers and what types that the gulf war veterans are enduring and dying from NOW is needed for the medical care providers and the veterans.  The same can be said for how many have died or experienced cardiac infarctions, cardiac surgery, stroke data, DVT data, pulmonary embolism, renal problems, GI diagnostic data, Liver diagnostic data, respiratory system data, and the rest of all the diagnostic illnesses is needed now!

The full reports on neuromuscular diseases experienced by gulf war veterans that include MS, ALS and a multitude of other devistating illnesses still is not a known factor by all VA doctors.