Current Behind the Scenes Action on DU in the UK!

So much is going on behind the scenes and time to update all American Citizens and especially the Gulf War/Desert Storm Veterans. It has been 20 years and there are battle lines on the issue of Gulf War illness not just in the US but with each coalition country that was part of the Coalition that went to Saudi/Iraq 1990-91. But with the US government being the main Log Jam to getting information out. You do not see the issue on cable or main stream media or in your newspapers because they too have had threatening response. Many of the media have fought for us and have told us of the retailation that has happened. Many of our doctors and researchers in the US have also battled to help us Desert Storm Veterans and some lost their jobs and had attacks launched that have damaged their reputations. Twenty years is a long time to have a war going on just to get financial and medical help to our troops that served in 1990-91 but we veterans have little choice but to continue. 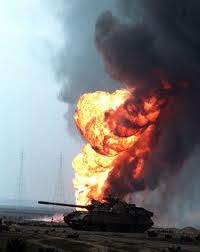 It tears at our souls that we get notified daily of more ill and trying to get help or those that have died too soon. All of this quietly behind the scenes. All we ever asked for was 1. Compensation so that individual veterans and their families could survive and not have families affected or end up homeless, 2. Provide the right diagnostic care and treatment as soon as possible, 3. Acknowledge the problem and by so doing honor our sacrifices.

Below is the situation report from action in the UK. Suggest that veterans use this material in any letters and correspondence they are struggling to do. Suggest they share the information with health care providers. Use the information in contacting media local and state. Us the material in information flow to your elected representatives, all your US REPRESENTATIVES and SENATORS, Copy the WHITE HOUSE, and do not forget your local State Level Government elected representatives and senators at your state house, your governor, Veteran Service Organizations, and your Churches or other groups. Then keep us informed by comments to the articles at Veterans Today or by email to any number of us including [email protected]

Dr Bill Wilson MSP (SNP) has sent the Defence Secretary, Liam Fox, a dossier containing what he describes as “significant evidence pointing to the devastating effects of depleted uranium (DU) on the health of armed services personnel and civilians, and of the UK and USA’s attempts to suppress such evidence and prevent the investigation of the effects of DU” and called on the UK Government to take appropriate action.

Dr Wilson said, “There is much talk about terrorists potentially using ‘dirty bombs’, i.e. weapons which emit radiation and indiscriminately affect anyone in the vicinity, yet the USA, the UK and Israel have deployed many tonnes of DU-tipped shells. DU has a half-life of 4.5 billion years and the microscopic uranium oxide dust that DU shells produce on impact can be blown hundreds of miles, inhaled and ingested. If these are not dirty bombs then what are they?

“There is considerable evidence that thousands of armed services personnel, their families and countless civilians have been and are continuing to be affected by DU in many ways, suffering, for example, premature death, respiratory problems, cancers, stillbirths and birth deformities.

“Furthermore, I have seen enough evidence to believe that those who are brave enough to look into the effects of DU risk losing their jobs and worse. Character assassination is one tool in the armoury of those who seek to silence truth-seekers. I have received emails scurrilously attacking the credibility of one my informants. Unfortunately for the defender of DU, I happened already to hold various documents disproving his baseless allegations. It was an eye-opening insight into the ruthlessness of the pro-DU lobby.

“I have urged Liam Fox to investigate the impact of DU on the health of UK service personnel and civilians. I have also requested him to:

Dr Wilson concluded by saying, “I am not holding my breath, but it would be wonderful if the coalition government did the right thing here, took the moral high ground and turned its back on dirty bombs, once and for all. In the meantime I am asking the Scottish Government to look into the health of armed services veterans and their families resident here, as I have little faith that the UK Government will do so.”

1. Full text of letter with links to the evidence

The health of service personnel and civilians exposed to depleted uranium

There is considerable evidence for depleted uranium (DU) having a harmful effect on health and serious grounds for believing that the UK Government and the Ministry of Defence have been failing in their duty to look after service personnel and civilians.

I would like to draw your attention to a statement on the MoD website: “Of course, the Government would consider carefully any reliable medical or scientific data that may emerge concerning the incidence of ill health in Iraq.” You will know that the UK Government effectively attempted to impede the investigation of the association between DU and ill health by voting againstUN Resolution 65/55 on Depleted Uranium, which called on state users of depleted uranium weapons to reveal where the weapons have been fired when countries affected by them ask for such information.

It has been suggested that the Royal Society takes the view that depleted uranium (DU) is safe. The Royal Society itself spoke out voicing concern that its original paper was misinterpreted as implying that this was the case.

I draw your attention to the following (full documents attached):

I thank you, in anticipation, for acting to protect the health, both of UK service personnel and civilians in Iraq, Kosovo, Bosnia and Afghanistan.