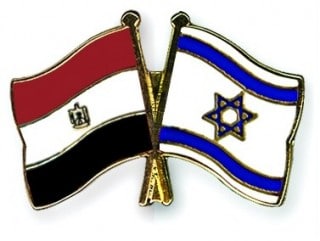 By Eric H. May

Dedicated to Cherifo, an Egyptian

HOUSTON, 2/15/2011 — Friday the country of kings became the doorway to democracy for Muslim nations across North Africa and throughout the Middle East, bringing about the possibility of popular control over three quarters of the world’s oil.

Despite its forced congratulations, the Establishment of the Christian West (and its commanding Israeli interests) couldn’t be unhappier. Today Admiral Mike Mullen, Chairman of the U. S. Joint Chiefs of Staff, scurried to monarchical Jordan and apartheid Israel to reassure them that even the unwanted genie of democracy won’t deter the the Anglo-Jewish Axis (AJAX) Global War of Terror (GWOT) against the Evil Axis (EVAX).

A few catchy acronyms encouraged the military mind; still, the problems presented by the Cairo Conundrum are imposing:

Zionism’s 20th Century theme of dominance from the Nile to the Euphrates has been supplanted by a post-Millennial domino theory against Israel.

Without a Quisling controlling Egypt, the illegal Israeli blockade of Gaza will fail. Furthermore, the Suez Canal functions at the whim of Egypt.

Syria, Turkey and Iran are enjoying a rapprochement, which fortifies bullied Lebanon and Occupied Palestine, and which would become much more formidable with the addition of Egypt.

The kingdoms of the Arabian peninsula are shaking, and the AJAX aim of controlling the Horn of Africa is jeopardized if Yemen casts off its thug government.

Regional public opinion is solidly against the self-described “Jewish Nation”, and world opinion isn’t far behind. It has always been that way, Israeli apologists are quick to point out, and they swear that it’s proof positive that almost everyone is anti-Semitic.

With so many chips stacked against AJAX, it’s time for the imperialist alliance to throw in the cards and cut its losses — or to cheat by sliding a false-flag joker into the otherwise losing hand. This is exactly what Israel did with the Lavon Affair in 1954 and the attack on the USS Liberty in 1967.

Last week, as Egypt’s dictatorship crumbled, U.S. Homeland Security suddenly announced that America’s terror threat was worse than at any time since 9/11. It looks like the fix is in, and we’re in a fix. For an invaluable investigation into the Israeli false flag phenomenon, watch Missing Links, http://www.911missinglinks.com/

Captain Eric H. May, a disabled veteran, is a former U.S. Army military intelligence officer and Desert Storm volunteer. A former NBC editorial writer, his essays have been published worldwide, from The Wall Street Journal to Military Intelligence Magazine.