Something Evil This Way Comes

Sally Satel is still at it with the support from American Enterprise Institute. For years she’s been trying to say that PTSD is nothing more than veterans looking for an easy ride. She hasn’t changed and her claims remain that taking care of veterans with PTSD is a waste of money.

Below is a an excerpt from the American Enterprise Institute press release promoting that PTSD is a waste of money.

As the White House proposes a $7.2 billion allocation in its 2012 budget to fund research and treatment of post-traumatic stress disorder (PTSD) in military veterans, American Enterprise Institute (AEI) scholar and psychiatrist Sally Satel explains the number of problems with current PTSD treatments and proposes methods to optimize the use of PTSD funding.

A “culture of clinical diagnosis” allows mental health examiners to diagnose a veteran’s level of disability before veterans have even begun rehab. This convinces the patient that future health is unattainable, and gives individual veterans dismal prospects for meaningful recovery even before a course of therapy.

Disability benefits themselves can sometimes cause inadvertent damage by incentivizing unemployment and dependency and discouraging veterans from returning to the civilian workforce.

Collaboration between the Veterans Benefits Administration (VBA) and the Veterans Health Administration (VHA) needs to improve. The VBA often aims to maximize veteran benefits while giving no attention to improving clinical treatment, while the VHA often focuses solely on treatment without properly assisting veterans with financial hardships.

Another load of scholarly wisdom shoveled out on veteran’s heads. Guess she never met the veterans waiting for month after month, even years, to have a claim approved only to discover that a disability worthy of 100% will only receive 50% or less making them file an appeal and fight for the rest. This is not even addressing the fact that until they receive the disability rating, there is no income for them to live off of if they cannot work. This the case of PTSD, veterans usually cannot work because of the medications, flashbacks and nightmares and all around reduced quality of life.

The fact is, the sooner veterans are helped to heal, the more parts of their lives they can get back. The longer PTSD is allowed to continue destroying lives, the worse it gets. Yet as bad as this news is, Vietnam veterans have shown that even after 30 or 40 years they can heal enough to have happier lives. Does this mean they can suddenly return to work? Usually not simply because of the medications they are given prevent it. This is why so many of them volunteer their time to help others. They want to stay involved and are not lazy but as a volunteer they don’t have to punch a clock or show up after another night of nightmares to battle. If they get a flashback in the middle of the day, they get to just leave instead of dealing with a boss wanting to fire them or coworkers trying to get them to go off on them for the fun of it. Somehow watching a coworker duck under a table or freak out with a loud bang makes their day. 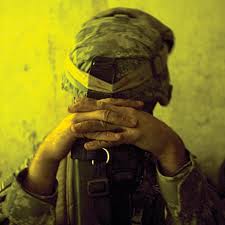 Oh, but Sally is not alone on this. This attitude has been around as long as I can remember. There was a time when the draft forced young men to go to war no matter what they thought. Then when they came home, there were some saying these drafted combat veterans were more likely to seek disability because they didn’t want to go in the first place. This changed when even veterans wanting to serve were coming back with the same kind of wounds. Now after all the years of research, Satel is still at it even though today’s veterans all volunteered indicating a commitment to others so deep they are willing to die. How could she even suggest that these same people suddenly turned into someone looking to make easy money for the rest of their lives? This is no way comes close to addressing the fact that when you break down the money veterans receive, even with 100%, they could make a lot more money working.

So what happens? We see them lose their homes because they cannot work and the VA has not approved their claim. They are told that they have free care when they come home but no one is telling them how to pay their bills when they have no pay checks. A soldier, planning to serve a lifetime, wanting to do nothing else, has to leave the military because of PTSD, is suddenly left with what PTSD is doing to him along with the fact he is left with no idea what to do.

We see what PTSD does to them and their lives but people like Satel see a dollar sign on their heads then insults them. What part of they cannot work is she determined to keep missing? Why isn’t this woman interested in finding out what works to help them heal as much as she wants to go after what little they do get?

At least we can take comfort in the fact she has been saying the same thing for years but her claims have not stopped advances in helping veterans.