Why did the ancient Israelites lie about ancient Egypt?

We prefer to define ourselves in terms of where we are going, not where we come from.  Man is so much smarter now than he was before that anything from the past is outdated and irrelevant to us. Our ignorance of the past is not due to a lack of information, but of indifference. We do not believe that history matters.

The concept of history plays a fundamental role in human thought. It raises the possibility of “learning from history” And it suggests the possibility of better understanding ourselves in the present, by understanding the forces, choices, changes and circumstances that brought us to our current situation.  It is therefore unsurprising that historians and philosophers have sometimes turned their attention to efforts to examine history itself and the nature of historical knowledge. These reflections can be grouped together into a body of work called “philosophy of history”

The American historian, archeologist and Egyptologist, James Henry Breasted (1865-1935) is one of those historians who examined history and did not merely stop at the dates and names of predecessors and their recorded events in the remote past but he worked his intellectual chisels way beyond the surfacing appearances and embarked on a deeper journey into the enshrouded historical truth which took him to the then still mystified world of ancient Egypt where he came to discover for the whole world that this where human conscience first emerged in the history of mankind.

In his masterpiece book “Dawn of conscience” Breasted wrote ..

“Like most lads among my boyhood associates I learned the Ten Commandments. I was taught to reverence them because I was assured that they came down from the skies in the hands of Moses, and that obedience to them was therefore sacredly incumbent upon me. I remember that whenever I fibbed I found consolation in the fact that there was no commandment, “Thou shalt not lie”. In later years when I was much older, I began to be troubled by the fact that a code of morals which did not forbid lying seemed imperfect; but it was a long time before I raised the interesting question: How has my own realization of this imperfectation arisen? Where did I myself get the moral yardstick which I discovered this shortcoming in the Decalogue? When that experience began, it was a dark day for my inherited respect for the theological dogma of “revelation.” I had more disquieting experiences before me, when as a young orientalist I found that the Egyptians had possessed a standard of morals far superior to that of the Decalogue over a thousand years before the Decalogue was written”

In a book of instructions, Amenemhat, an Egyptian king, advised his son, Sesostris, to attain the highest qualities, because upon his death he will see his whole lifetime in a single instant and his performance on earth will be reviewed and evaluated, by the judges. In recent years, numerous books addressed the near-death experiences of many people. In this phenomenon, it is reported that seeing the person’s whole life span in an instant, is a recurrent theme for all persons with near-death experiences. Death is not the end, but rather it is a transitional state. Such an experience matches exactly the Egyptians’ belief of the afterlife process, which starts with the Day of Judgment where the life of the person is evaluated.

Ancient Egyptians were the first to believe in a day of judgment. According to the recorded rituals, the spirit of the deceased denied committing each sin/fault before its assigned judge, by reciting the forty-two negative confessions (analogous to the famed Ten Commandments). A lot of historians and Egyptologists believe that the Ten Commandments were transcribed by the Israelites from These Egyptian negative confessions which come from The Book of the Coming Forth by Day (commonly and wrongly known as The Book of the Dead.)

In the judgment of the dead the heart, as a metaphor for conscience, is weighed against the feather of truth, to determine the fate of the deceased. The seated God of afterlife —Ausar (Osiris)—presides in the Hall of Justice. The jury consists of 42 judges/jurors. Each judge has a specific jurisdiction over a specific sin or fault; each wears a feather of truth on his/her head. The assigned juror/judge will declare his/her acceptance of the deceased following his reading of the 42 negative confessions by declaring Maa-Kheru (True of Voice/Action).

Tehuti (Thoth), scribe of the neteru (gods), records the verdict, as Anbu (Anubis) weighs the heart against the feather of truth. The outcome is either:

If the pans are not balanced, this means that this person lived simply as matter. As a result, Amam (Ammit) would eat this heart. Amam is a protean crossbreed. The unperfected soul will be reborn again (reincarnated) in a new physical vehicle (body), in order to provide the soul an opportunity for further development on earth. This cycle of life/death/renewal continues until the soul is perfected, by fulfilling the 42 Negative Confessions, during his life on earth. This if you have not noticed is reincarnation.

If the two pans are perfectly balanced, Ausar/Osiris gives favorable judgment, and gives his final Maa-Kheru (True of Voice). The perfected soul will go through the process of transformation and the subsequent rebirth. The outcome of his/her evaluation will determine which heavenly level (2-6) a person reaches.

By maintaining the conditions of the physical vehicle, the body mummifeid, the soul was able to continue its existence in the unknown world of the Duat. As a result, the soul was eventually capable of working towards its own resurrection, and thence, excluding the necessity of another physical reincarnation. The perfected soul will go through the process of transformation, and as the Egyptian writing describes it, “becomes a star (goes to Heaven) and joins the company of Ra, and sails with him across the sky in his boat of millions of years”.

“Though thou goest, thou comest again.

though thou sleepest, thou wakest again

though thou diest, thou livest again”

verses from the Egyptian funerary texts 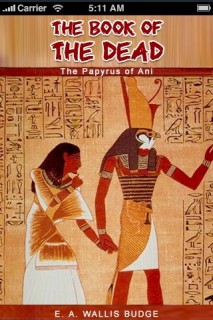 from the Papyrus of Ani

The Declaration of Innocence from the Book of the Dead
Translated by E.A. Wallis Budge
c.1240 BCE

Breasted concluded in his book “It is now quite evident that the ripe social and moral development of mankind in the Nile Valley, which is three thousand years older than that of the Hebrews, contributed essentially to the formation of the literature which we call the Old Testament. Our moral heritage therefore derives from a wider human past enormously older than the Hebrews, and it has come to us rather through the Hebrews rather than from them”

But then, why ancient Egypt was portrayed in the israelite holy scriptures as the seeds of all things evil and immoral while history is telling us a different and truer story . And if modern history and archeology have refuted the inaccurate Israelite narrative about Egypt, including the exodus, what does that say of the accuracy of the overall narrative of the Old Testament? Why did we follow the alleged Israelite Exodus out of such a refined and morally elevated civilization?

Even more why did the ancient Israelites lie about ancient Egypt?  Ancient Egypt, the land where man first learned to discern between right and wrong, where the God of truth resided and where uttering lies was conceived as a grave sin.

For more articles by Dr. Ashraf Ezzat visit his website:http://ashraf62.wordpress.com/

– DR. ASHRAF EZZAT: Power to The People of Historic Egypt

– The exodus from Egyptology