Home Life Absence of Al Jazeera English in US Is Troubling

Absence of Al Jazeera English in US Is Troubling 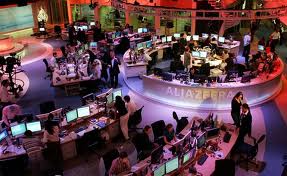 The uprisings in Tunisia, Egypt and now Iran should prompt a call for change here in the United States – against the absurd blackout of Al Jazeera television.

You can watch Al Jazeera on TV almost anywhere in the world – except in the United States. How is this possible in our nation where freedom of the press is a basic constitutional tenet? Just what do cable and satellite carriers fear?

Al Jazeera English has received nearly universal raves as one of the best sources of news about events in Egypt. Mainstream journalists wrote reviews praising its coverage. Bloggers blogged about being glued to their computers or mobile devices to watch Al Jazeera.

The Qatar-founded and funded international news network launched in November 2006 as the first and only English-language global news network not based in the West. According to its website, it now reaches more than 220 million households in 100 countries. But here in the United States, while you can catch Al Jazeera on YouTube or its website, you can only see it on television in Burlington, Vt.; Toledo, Ohio; Washington, D.C., and now, on San Francisco’s Link TV. (It is also available on satellite TV.DISH–) Could a subtle or not so subtle form of censorship be at play here?

The Bush administration’s labeling of Al Jazeera as “the terrorist network” because it aired video from and interviews with al Qaeda may have conspired to keep the network off the air. Cable and satellite companies say they don’t carry Al Jazeera because they don’t have room for it or because customers don’t want another news channel.

“The questions follow me wherever I go: Where can I see Al Jazeera? How can I watch it?” writes Al Jazeera correspondent Kristen Saloomey in a blog post. Al Jazeera reported Web traffic to its site increased by 2,500 percent between Jan. 28 and Jan. 31, much of it from the United States. No slouch, Al Jazeera has launched its own online campaign, “Demand Al Jazeera in the USA.”

I’ve been following Al Jazeera since 2007, when I began research for a master’s thesis on the network’s entry onto the international media scene.

The network sees itself as having a global reach that goes beyond national borders or regional interests to “set the news agenda” by “reversing the flow of information” from south to north, which is just what they did in Egypt. The 15-year-old Arabic-language network has changed the way news is delivered and received in the Middle East.

Al Jazeera English has its own code of ethics published on its website. It bears a striking resemblance to the code of ethics of our Society of Professional Journalists.

Its sister network, the Arabic-language Al Jazeera, founded in 1996, achieved instant name recognition in 2001 when it obtained exclusive interviews with Osama bin Laden. A month later, it stood out as the sole television network with correspondents in Afghanistan when U.S. troops invaded that country.

Al Jazeera English has a unique position as the only English-language network based in the Middle East at a time when technology and changing patterns of communication facilitate new approaches toward covering the news. There already seems to be a place for Al Jazeera on the world media scene. Now it’s time to make a place for Al Jazeera in the United States.