THE GREAT AMERICAN WAR MACHINE ROLLS ON UNDER OBAMA 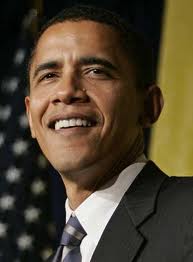 Under President Barack Obama’s new budget for fiscal year 2012, the Great American War Machine just rolls on and on. “As it is, we’re pumping…money into sustaining a fighting force that’s orders of magnitude larger than anything retained by any other country,” observes Ezra Klein of The Washington Post February 14th. So when Defense Secretary Robert Gates warned that major cuts in military spending would be “catastrophic,” Obama settled for chopping $78 billion in cosmetic cuts Gates recommended over the next five years, Klein wrote, adding, “I bet there are more than a few Cabinet secretaries who wish they had that kind of power over the president’s recommendations.” Some observers, by the way, think the Pentagon is, in fact, already running the show. Chalmers Johnson wrote in “Blowback”(Metropolitan/Owl) that the Pentagon is “close to being beyond civilian control; that it “more or less sets its own agenda” and that it “monopolizes the formulation and conduct of American foreign policy.”

So in FY 2012 the Pentagon will just have to struggle along with $719 billion while the president calls for a five-year freeze on “non-security” discretionary spending such as—in the words of former Labor Secretary Robert Reich—”programs the poor and working class depend on—assistance with home heating, community services, college loans, and the like.” Mr. Obama will get a lot of help from the GOP, which, of course, will not rein in spending for unjust wars but in a fit of what AFL-CIO’s Manny Herrmann calls “budget insanity” plans to chop up Head Start, Pell Grants, food and job safety inspections, eliminate “hundreds of thousands of middle-class jobs,” cut investment in infrastructure, and even cut the money needed “to send out Social Security checks.” Herrmann might have added Obama also seeks to slash nearly half the Federal funds to help low-income families heat their homes.

Don’t take my word for the fact the warfare budget is bloated. The New York Times editorialized February 15th, “If anything, Mr. Obama could safely have proposed cutting (the military budget) deeper, as suggested by his own bipartisan deficit panel.” It added, “The bill for the military is way too high, above cold-war peak levels, when this country had a superpower adversary. There’s a point where the next military spending dollar does not make our society more secure, and it’s a point we long ago passed.” As the War Resisters League pointed out two years ago, U.S. military spending, plus funds for our nuclear bombs, “is equal to the military spending of the next 15 countries combined.” (And of those 15 countries, 12 are considered U.S. allies, so where’s the threat?) While U.S. officials constantly advertise Iran as a menace, it is a fact that the Great American War Machine outspends Iran on military by a ratio of 72 to one. Ditto for that other global threat, North Korea. Early in the Bush regime, Michael Chossudovsky, the Canadian economist and director of the Centre for Research on Globalization, wrote of the $320-billion then being lavished on the Pentagon, “There is no rationale for this level of military spending other than a clear intent for the United States to be the New World Empire, dominating the globe economically and militarily, including the militarization of space.” He noted that the U.S. not only possessed laser-guided weapons with the capability of striking anywhere in the planet but under its High Altitude Auroral Rsearch Program(HAARP) had “the ability to destabilize entire national economies through climatic manipulations, without the knowledge of the enemy, and without engaging military personnel and equipment as in a conventional war.”

While the number of Americans suffering in poverty increased to 36 million and more families lose their homes and lines lengthen at soup kitchens, President Obama has dollars galore to build 67 new warships at a cost of nearly $25 billion, according to a new analysis of his budget by the National Priorities Project of Northampton, Mass. Yet, according to Wikipedia, “The U.S. Navy is the largest in the world; its battle fleet tonnage is greater than that of the next 13 largest navies combined” and it operates 11 super carriers as part of a 286-active ship fleet with 3,700 aircraft able to radiate power on all continents. This is but one example from the Pentagon’s Department of Wretched Excess. 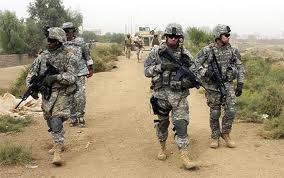 As William Hartung of the New America Foundation pointed out in “Foreign Policy in Focus” last year, “any real savings in U.S. military spending would need to be accompanied by a reduction in U.S. ‘global reach’—in the hundreds of major military facilities it controls in Africa, Asia, Europe and Latin America,” yet “U.S. overseas-basing arrangements have been on the rise, not only in Iraq and Afghanistan themselves but in bordering nations.” Today, there are approximately 800 U.S. military bases overseas plus an estimated 1,000 Stateside. For several years now, the Pentagon has been spending more money for war each year than all state governments combined spend for the health, education, welfare, and safety of 308 million Americans—and president Obama is continuing this course. Example: The New Haven Independent reported Feb. 21 Mayor John DeStafano is calling for belt-tightening by city workers to bridge a $5.5 million gap in this year’s budget and a $22 million gap next year. Protestors responded by standing in front of City Hall with signs noting Congress is taking $84 million from the pockets of New Haven residents this year to fight the Iraq-Afghan wars. This scenario is being repeated by cities and states everywhere.

“The President,” writes Reich in a February 17th essay, “has already fallen into the (Republican) trap by calling for budget cuts in programs the poor and working class depend on—assistance with home heating, community services, college loans, and the like.” That’s a charitable view of the president. In fact, Mr. Obama is one more in a line of imperialist warmongers having scant regard for peoples abroad his war machine is destroying. As for his observance of Rev. Martin Luther King’s recent birthday, he might have done better to ponder King’s words: “A nation that continues year after year to spend more money on military defense than on programs of social uplift is approaching spiritual death.” Because that’s what’s happening. #

About the Author: Sherwood Ross is a former civil rights executive and wire service columnist. To comment or support his Anti-War News Service reach him at [email protected]