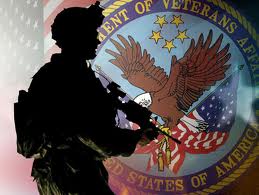 WASHINGTON – On Feb. 23, the men and women of the Department of Veterans Affairs will mark the 20th anniversary of the start of ground combat in the 1990-1991 Gulf War.  Fighting ended 100 hours later after a U.S.-led coalition drove Iraqi forces from the small nation of Kuwait.

“All Americans should be proud of the service and sacrifice of our Gulf War Veterans,” said Secretary of Veterans Affairs Eric K. Shinseki. “They went to a foreign land, faced a well-armed aggressor and liberated an independent nation from occupation.”

VA Chief of Staff John Gingrich, who commanded an Army field artillery battalion during the Gulf War, wrote a post to VA’s blog to discuss the war and VA’s services for Veterans of the conflict.

VA officials noted that one consequence of the combat focused upon concerns that Veterans who served in theater are more likely to be ill from a variety of causes than their counterparts who didn’t serve in the Persian Gulf during the war.

“Because of the unexpected health problems of our Gulf War Veterans, the military and VA are on the alert to recognize and treat Veterans for unusual medical problems,” Shinseki said.

In the aftermath of the conflict, Gulf War Veterans were provided with health care under special authority, and VA rewrote its regulations governing disability pay to allow payment to Veterans with undiagnosed illnesses.  The department also participated in a federal research drive, valued in excess of $400 million, to identify the causes of the Veterans’ illnesses.

Other efforts have continued since then.  In March 2010, VA recognized nine specific infectious diseases associated with military service in the Gulf, for which Veterans are eligible for VA disability compensation.

Also in March 2010, VA’s Gulf War Veterans’ Illness Task Force, led by Chief of Staff Gingrich, issued the draft of a comprehensive report that identified gaps in services to Gulf War Veterans, as well as opportunities to serve them better.

A special VA Research Advisory Committee on Gulf War Veterans’ Illnesses formed January 2002 is scheduled to hold a meeting here Feb. 28 and March 1 to review the status of Gulf War medical research.  The meeting is open to the public.  To find more information about that meeting, visit www.va.gov/RAC-GWVI/meetings.asp.

VA also plans to hire a high-level manager to oversee the department’s Gulf War research program, along with oversight of the research into other environmentally-related health problems for military personnel and Veterans.

Of the 6.5 million, about 1.9 million are enrolled in VA’s health care system and 1.2 million have medical problems that are service-connected.

The latest VA report on Veterans of the 1990-1991 Gulf War is available on the Internet at www.va.gov/vetdata/docs/SpecialReports/GW_Pre911_report.pdf. The final version of the March 20l0 report of the Gulf War Veterans’ Illnesses Task force is available at www.va.gov/Final20GWVI-TFReport.pdf.