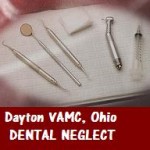 In early February Veterans Today (VT) reported that the Dayton VA Medical Center in Ohio was notifying Veterans who may have been exposed to Hepatitis or  HIV/AIDS.

Veteran’s activist Darrell Hampton has been a thorn in the side of Dayton VAMC management long before this investigation began, and he has worked closely with investigative reporters at the Dayton Daily News.

In our last report, VT was not able to identify the Dayton VA Dentist involved, but the latest update from the Dayton Daily News now reveals who that dentist is Dr. Dwight M. Pemberton .

If any of our readers know any Veteran or family member who has used the Dayton VAMC over the past decade and had Dr. Pemberton as their dentist, please ensure they contact the VA for a simple blood test to see if they were exposed to Hepatitis, or HIV/AIDs, even if the Dayton VAMC does not contact you. If need be and folks are able, have the blood test screening done by a private physician off VA campus. If anyone is a military retiree who uses the Dayton VAMC have the screening done at the Wright-Patterson AFB Medical Center Laboratory. Folks will have to let their PCM know they may have been exposed to Hepatitis B, Hepatitis C or HIV and where.

The VA places the number of potential veterans exposed at a conservative 535, but we at VT refused to believe that between 1992 and July 2010 only 535 patients were treated by Dr. Pemberton. We are talking 18 years, and the VA wants us to believe that over a career of 18 years Dr. Pemberton has only seen 535 Veterans. Only a through VA Inspector General investigation can determine the full extent of how many patients lives were threatened.

As we mentioned before, the VA tends to view this as neglect warranting only Administrative action thus allowing Dr. Pemberton to retire, disappear, and the VA OIG investigation to blow over. Frankly, if 1, only 1 veteran is tested positive for any of these life threatening illnesses, WE view Dr. Pemberton’s neglect as criminal acts that warrant criminal action not administrative.

According to Dayton Daily News Investigative Reporter Ben Sutherly, the Ohio State Dental Board on 25 Feb 2011 declined a request to retire the license of Dr. Dwight M. Pemberton the 81-year-old dentist whose infection control practices were at the heart of an Department of Veterans Affairs (DVA) investigation into whether 535 veterans were exposed to blood-borne pathogens at the Dayton VA Medical Center’s dental clinic.

“The Board will not accept your request for retirement at this time,” the board’s executive director, Lili C. Reitz, wrote in a letter to Dr. Dwight M. Pemberton of Centerville. The letter did not give a reason for the denial.

“I can tell you that in the past couple years, the few requests for retirement that were not accepted were due to the fact that there was an active investigation ongoing,” Reitz told the Dayton Daily News by e-mail. 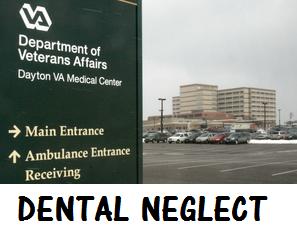 Dayton VA officials announced Feb. 8 that a dentist in its dental clinic failed to change latex gloves between appointments and sterilize dental instruments. At least 535 veterans are being offered free screenings to see if they were infected with Hepatitis B, Hepatitis C or HIV at the clinic between 1992 and July 2010.

Most have been contacted, a VA spokesman said last Friday.

The Dayton Daily News confirmed the dentist is Pemberton, who retired from the VA on Feb. 11. He had been at the Dayton VA since 1976, and was licensed in 1955. When contacted Friday, Pemberton declined comment.