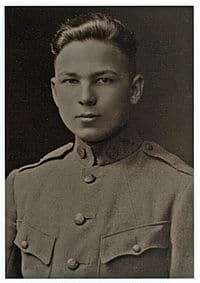 One Minute of Silence

“We have lost a living link to an important era in our nation’s history,” said Secretary of Veterans Affairs Eric K. Shinseki. “But we have also lost a man of quiet dignity, who dedicated his final years to ensuring the sacrifices of his fellow ‘Doughboys’ are appropriately commemorated.”

Burial with full military honors will be held at Arlington National Cemetery.  Details about the funeral are expected to be released soon.

A long-time resident of Charles Town, West Virginia, where he had a farm, Buckles was born in Bethany, Missouri.  He enlisted shortly after his 16th birthday and served in France and Germany.

At the start of World War II, he was a civilian working with a steamship company in the Philippines.  He was imprisoned in a Japanese prisoner of war camp for three and a half years.

In his later years, Buckles became an advocate for the expansion of a little-known memorial to World War I Veterans from the District of Columbia into a national memorial.