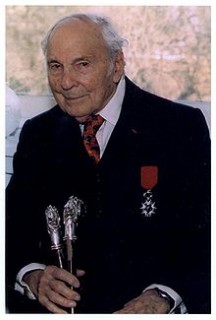 This event is important there is no greater honor but to think that the last remaining soldier of any war should be honored by being remembered at our capitol in DC.  The legislators that choose and vote to send their citizens, their soldiers, sailors, airman to war should also rise to the call to have the last remaining to be honored by having a ceremony that includes the honor of laying in state at our nation’s capitol.  I believe that this should be a law for the last remaining soldier of any war or conflict to have this honor, no matter their rank or position in life!  They were the citizen that served their country and represent tens, hundreds, thousands, hundreds of thousands, millions.  They are the true strength of this nation!

I believe that Frank Buckles should lay in state in the capitol as much as any President or other honored American!  I believe in his honor that not only should the District’s Memorial to World War 1 be upgraded and made the national momument to World War 1 but that a law should be past to honor the last survivor of any war or conflict should be to have that member of the service lay in state in the nation’s capitol building to mark the service of the hundreds of thousands and millions that answer the call that always starts in the capitol with legislative action to support the President’s call for action.

I challenge the US Representatives and Senators to stand firm for Frank Buckles and to also pass a law that will in the future honor the last surving member of any war or conflict by having that member of the service to lay in the US Capitol just as any state funeral!  It is the least you could do!

CHARLES TOWN – Thousands of people across the country who want to honor the late Frank Woodruff Buckles may not have that opportunity, as House Speaker John Boehner, R-Ohio, has no plans to allow the last American World War I veteran to lie in honor inside the Capitol Rotunda.

Buckles passed away Sunday at his home near Charles Town at the age of 110.

The resolution to honor Buckles at the Capitol was introduced by U.S. Sen. Jay Rockefeller, D-W.Va., and it was expected to pass the Senate this week, according to Buckles’ family spokesperson David DeJonge.

However, Boehner’s office said Thursday that he thinks a ceremony for Buckles should take place at Arlington National Cemetery in Arlington, Va., and not at the Capitol.

Buckles’ funeral is scheduled March 15 at Arlington, DeJonge said, but he pointed out that the cemetery site cannot handle the volume of visitors who want to honor the veteran’s memory.

“Boehner is going against the will of the people,” DeJonge said.

“This is a big disappointment and a surprising decision by the Speaker,” said Rockefeller in a statement issued Thursday evening. “My resolution is simple. It would have provided a fitting tribute to Frank Buckles – the nation’s last Doughboy. … I hope that the Speaker will reconsider his refusal to honor Mr. Buckles in this way.”

“It is unconscionable that Speaker Boehner would deny this honor to the last living American veteran of World War I,” Manchin said in a statement. “Frank Buckles was the standard-bearer of a great cause, and spent the last years of his long life fighting to make sure that our country pays proper tribute to all World War I veterans. Now it is our turn to fight to make sure our country honors him and all the World War I veterans for whom he fought with the highest degree of respect.

“I urge Speaker Boehner to reconsider this ill-advised decision.”

Additional information will be published in Friday’s edition of The Journal.