The Most Dangerous Photo-Recon Mission of World War II

On August 27th 1943, a German Luftwaffe long-range photo reconnaissance bomber, a Junkers Ju-390 took off from its base in Norway and flew out across the Atlantic Ocean. Among its four man crew was a brave and daring woman Anna Kreisling, the ‘White Wolf of the Luftwaffe’. A nickname she had acquired because of her frost blonde hair and icy blue eyes. Anna was one of the top pilots in Germany and even though she was only the co-pilot on this mission, her flying ability was crucial to its success.

This was to be the longest photo-recon mission flown by an enemy airplane in World War II. Nine hours later, the Junkers was over Canada and swinging south at an altitude of 22,000 feet. In the next few hours, it would photograph the heavy industrial plants in Michigan that were vital to the United States. 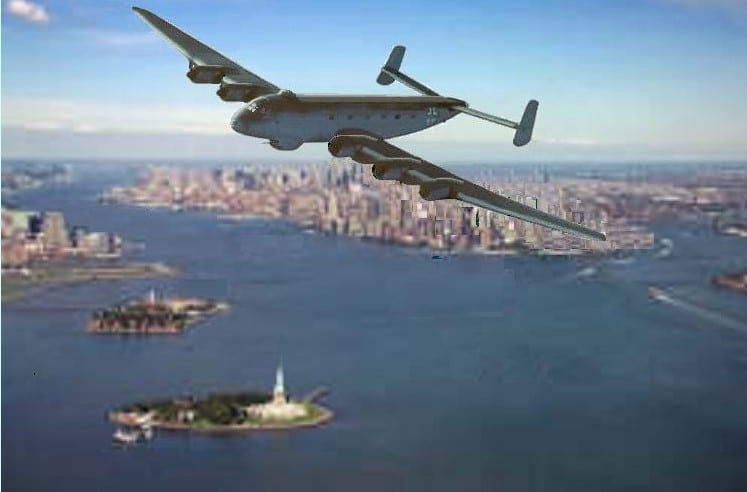 By noon on August 28th the gigantic six engined bomber was over New York City, where it finally was spotted by the US Army Air Corp. but by then it was too late. The Junkers disappeared into the vastness of the Atlantic Ocean, fourteen hours later, Anna would bring the huge bomber in to land at a Luftwaffe base outside of Paris.

Thoughts of this mission came to mind as I sat across the table from Anna Kreisling at a recent Octoberfest in Los Angeles. She is still quite beautiful with her icy blonde hair tied-back in a pony-tail and her radiant blue eyes, which have seen events in human history only a few of us could ever imagine.

She had flown Ju-52 Trimotors into the streets of Stalingrad when it had been surrounded by the Red Army. Many times her plane had been riddled with bullets so badly that she landed with only one engine running while the other two were on fire.

In 1945 she was assigned to fly the jet fighters that Germany was producing.

One of these jet fighters was the Horten V9 flying wing. It was powered by two Jumo turbo-jet engines, which enabled it to fly at 600 mph. It was armed with two 30mm cannon and air to air missiles.

Anna never scored any victories in the Horten. While taxing in the snow an American Sherman tank crew captured her after she had turned off the engine and pulling off her flight helmet they thought she was a movie star!! For the next six months she poured coffee for the US Army and did not spend one night in a POW camp. Everyone thought she was part of Bob Hope’s USO show!!

P.S. An article in Air Progress magazine in the Nov/Dec issue 1965 also talked about the Junkers Ju-390 over-flying Michigan and New York. This was held top secret throughout World War II and the Cold War.

If you look in books they will say that only two Ju-390s were built, when in fact there were around 11 built. Also they were used in Odessa, Russia to fly to Japanese held fields in China. Very secret jet engines and technology was traded for raw materials. At Area 51 in Nevada the United States Air Force it is rumored has a Junkers Ju-390 it captured during Operation Paperclip toward the end of World War II.

1) Anna was a test pilot so her mentioned with the Ho V9 (IX) prototypes is provisional as I believe that Pacific Flyer added the comments about it being armed and her never scoring any victories in it. It never became operational as the production Go-229.

2) What is written about her and flying jet fighters either refers to her test-flying them out of context or Hitlers order in March 1945 for 7-10 days allowing Hanna Reitsch to form a female jet fighter unit and them rescinding that order.

3) the Ju-390 production definitely is off officially as there were more than 2 of them in several different places during the war that the 2 could not cover. Historians lack the specific information on the other builds and especially usage from KG 200 and also why the SS forbid Baur to use the Ju-390 as Führerflugzeug. It is believed that the aircraft in Norway and Prague were reserved for Himmler and Kammler instead and that Kammler escaped with the Bell Device in one of those. 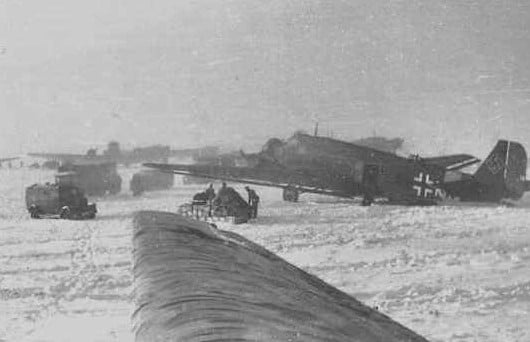 FLYING THE JUNKERS 52/3m at STALINGRAD

The following is an interview with Anna Kreisling – The White Wolf of the Luftwaffe- of what it was like to fly the Junkers Ju-52/3m trimotor in World War II.

James: How many Lady pilots flew with the Luftwaffe in World War II?

James: I have flown in the Ford Trimotor, The Junkers Ju-52/3m has always been one of my favorite airplanes, what was it like to fly?

Anna: The Junkers was an amazing and beautiful aircraft to fly! At Stalingrad sometimes I made take-offs with only two engines running. If you had only one engine running you could maintain altitude. Visibility was wonderful, but the Junkers was a complex aircraft and you needed a great instructor if you wanted to learn quickly how to fly the trimotor.

James: You mentioned Stalingrad, was that the nightmare we read so much about in history books?

Anna: Stalingrad was a living hell, but what happened at Crete was far worse. For our airborne assault on Crete we had over 450 Junkers Ju-52 trimotors filled with paratroopers. We were told that we would not encounter ack ack flak, and taking the island would be easy. However, the island was filled with Australian, New Zealand, and British troops who fought like hell and we lost over half our planes and troops taking that island. I was not there; I was lucky because I was based at France at the time. We lost so many good pilots and men at Crete. We would have won the war against Russia if we had saved those planes and men.

James: Speaking of Russia, tell me about Stalingrad.

Anna: For many years I could not talk about it, it was too terrible. Göring who had promised Hitler that he could re-supply Stalingrad from the air had no idea what he was talking about. Von Paulus and the 6th Army should have been ordered to fight their way out. But Hitler agreed to airlift when Paulus agreed to stay, that victory was near.

An Examination of Hitler’s Decision to Airlift

The Junkers Ju-52/3m flew 95% of all the missions into Stalingrad. Other planes also flew in this massive airlift, but the Junkers was the workhorse. The nightmare was crashing into Stalingrad itself. If you were captured by the Russians, they brutally tortured you before they would kill you. At Stalingrad we had over 7,000 women working in the German Army that Hitler wanted flown out because what the Russians would do to them. 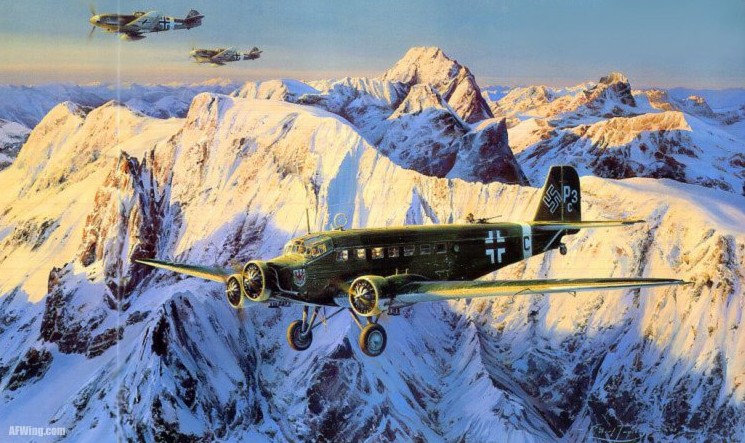 At Stalingrad we had over 350,000 men fighting the communist hordes, but it was not enough. We didn’t have enough fuel, fighters, trained mechanics, and even decent runways to work with. I usually flew out of Tatsinskaya with food and supplies loaded aboard. I also carried three gunners, two in the waist position and one on top. At Stalingrad Russian Yaks were everywhere and our losses were grim.

The Russian Yak was very similar to the British Spitfire, very manoeuvrable and fast. If they came out of the sun and caught you by surprise, it was all over. However, many Russian pilots made the mistake of approaching slowly from behind and that is when my young men would shoot them down.

Once I heard of a gunner who ran out of ammunition, and in desperation threw toilet paper at the Russian Yak, and the Russian was frightened away by it!! The Russians did not know what toilet paper was, so this pilot probably thought the gunner was throwing a bomb at him. This trick worked many times.

James: What were the casualties at Stalingrad?

Anna: We lost 800 Ju-52 trimotors at Stalingrad, so many great superb pilots we lost. Germany never recovered from these losses. Hitler should have resigned and the High Command surrendered to the Americans and British. I only survived through luck and determination not to be captured by the Russians. It is easy to be brave with two engines on fire when the alternative is to be captured by the Russians.

James: Is there anything you would like to say to the young people today?

Anna: Yes, flying is a great adventure, it is a joy that is boundless, but try to do your flying when people are not trying to shoot you down. Flying into Stalingrad was not fun, but we had to do it, we could not let so many young men die. The future will be better for everyone if we could be at peace and flying could be enjoyed for what it is, the most fun that you can have!! The memories of flying the Alps in a Junkers Ju-52/3m will be with me forever!!